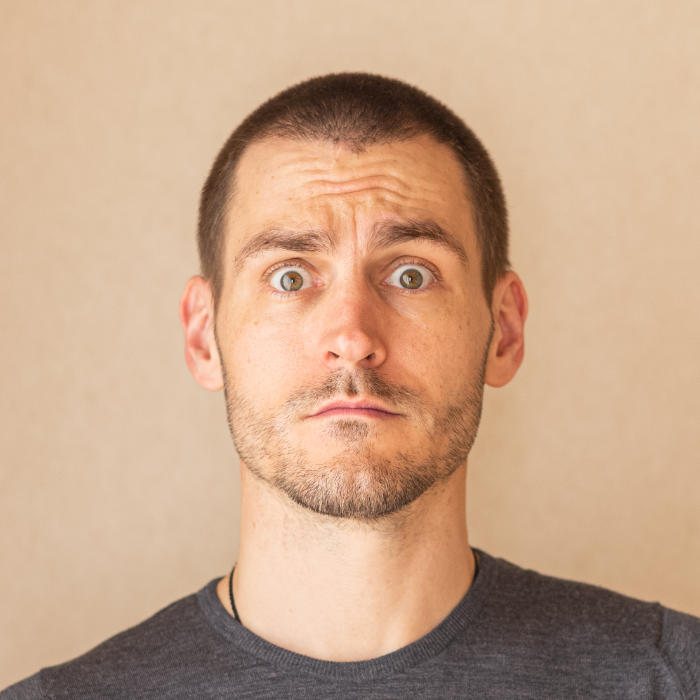 who loves books and publishing,

hosts the On Margins podcast,

I'm based — and have mostly lived — in Japan.

Hanya Yanagihara is my spirit decorator.

James Turrell is my spirit animal.

Pizza (toast) is my spirit food.

My life is powered by your memberships.

I am bad at email,

but you're more than welcome to try:

In case you were wondering, "What in tarnation has this loudmouth done?" or "Darnit, why should I give even a second of my attention to this website?" here are some specifics.

I'm the author or co-author (and co-designer) of the following books:

I'm an advisor for: the Yale Publishing Course and Medium Corp. in San Francisco. I'm also a mentor and LP for The Designer Fund in SF.

I've lectured widely, from Tokyo University of Fine Arts to Harvard Graduate School of Design to the offices of Proximity in Yangon. Here I am at my book launch party at Daikanyama's T-Site, Anjin cafe, in conversation with Uchinuma Shintaro: 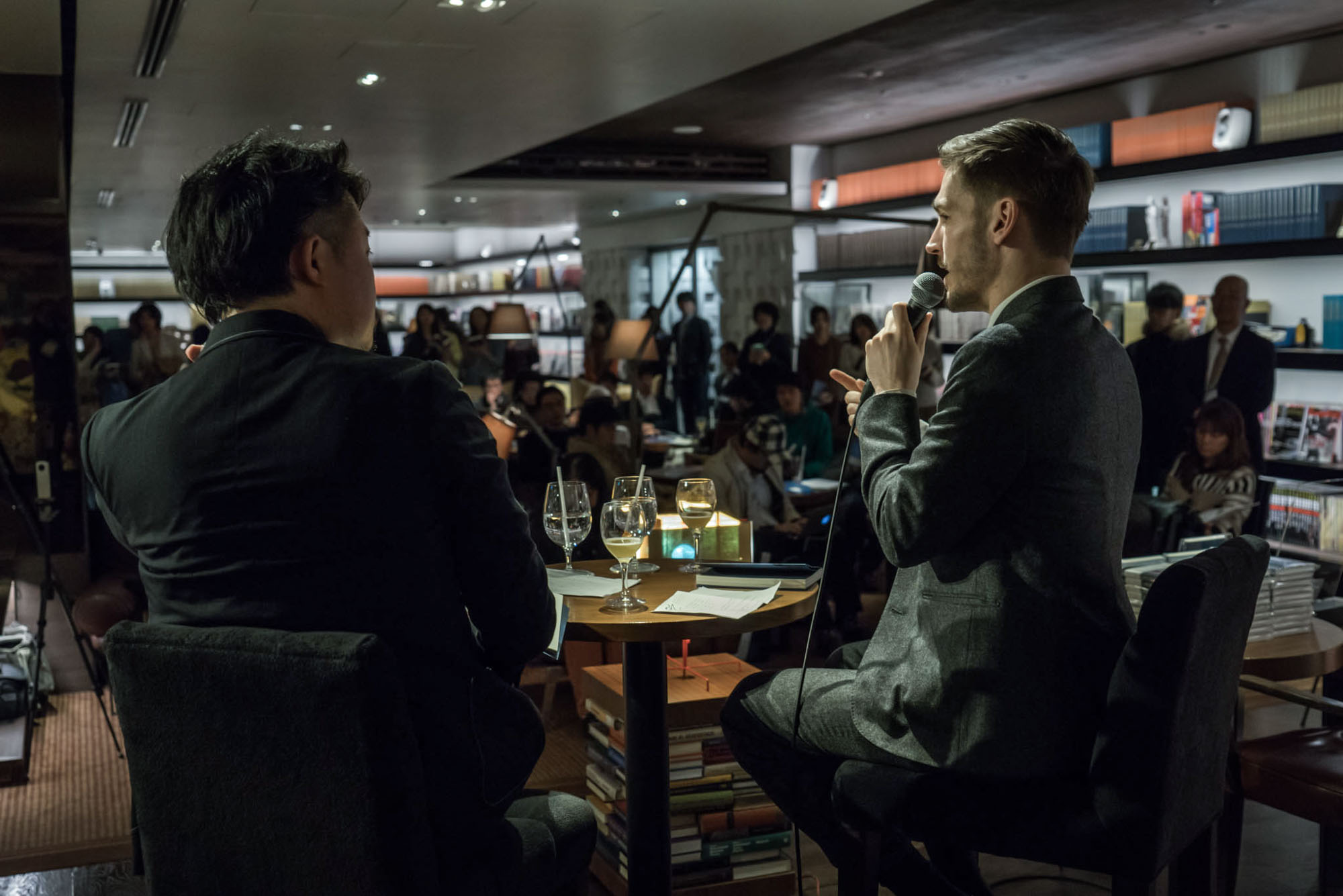 OK — now we can get to the real marrow of this page. I've buried all the ledes down here. If you've made it this far, shall we keep going?

I'm always in the middle of a few big essays. They are getting bigger, meatier, and more unwieldy in ways, but also denser, richer, with more room to explore topical sub-tendrils. The corollary of this is that they take longer, require more focus, quiet, and are more easily disrupted by small distractions. So a large part of my time is spent creating time — and then protecting that time — in service to finishing these bigger projects. I think a lot about John McPhee lying on his backyard table, looking up at the tree canopy, a collection of notes strewn about, wondering just how the hell he's going to finish the piece of writing he's working on. (Line by line, that's how.)

I've been working on The Novel for years, but let's not mention that until it's sold and done. (It has entered Friends No Longer Ask About It phase.)

I'm adopted. Fascinated by provenance. Provenance and mythologies. Especially the myths we create around ourselves and the boundaries which define 'family.'

In 2017 I became acutely aware of how discombobulated my mind was. I wrote a long-ish piece published by Wired Magazine on my attempts to wrestle back control of my own attention. I was trying to process, understand, and find hope in a moment which felt like we had hit a collective apex of too much information and collective nadir of too little hope. Too much information via too many inputs, wild inputs, untamed inputs, wherein the inputs were too smart for our own good, controlled by algorithms concerned with engagement above all else — petulant input gods demanding oblation of a healthy mind.

I've been a lifelong fair-weather meditator — meditating when my mind is at its worst, when I feel overwhelmed, for twenty or thirty minutes a day over the course of weeks until I feel balance return. But I had never fully committed — wholly and without distraction, ten hours a day — to a regimen of deep meditation until I attended my first ten day vipassana course outside of Kyoto in June 2017. I wrote about that experience on my mailing list, which is secretly archived here.

The goal of 2018 is another ten days and hopefully a month-long retreat, too. Those ten days from June 2017 continue to resonate daily in ways I couldn't have predicted. And I feel a sensitivity throughout my body (physiologically and psychologically) that makes me wonder just what other experiences lay behind a little more commitment.

Of course, meditation harmonizes with the attention control, and I was interviewed by Jocelyn Glei on her "Hurry Slowly" podcast last year. She let me blab on at length about my experiences with both attention "deployment" and vipassana.

Speaking of which, I started a podcast in 2017 called "On Margins." It's a podcast about making books. The definition of books is intentionally fuzzy. I interview people who've made interesting book-ish objects, and we talk about the process of getting it into the world. Born on a whim, out of a coffee shop chat, the podcast has proven to be surprisingly satisfying. It's now published monthly, as of 2019.

You can read this transcript of an interview I did with Offscreen Magazine on strategies for getting done the work you feel you need to get done, and choosing what that work might be.

My walking + mountains + photographic collaborative book about the Kumano Kodo, "Koya Bound" — photographed and made with Dan Rubin and in partnership with Leica Cameras — was published in October, 2016. It was produced in limited edition, and there are maybe, just maybe, a few copies left. We also made a big website of the walk, which you can see here: walkkumano.com.

A large chunk of my last five years has been spent walking the pilgrimage paths and historical mountain routes of Japan. One part meditation, one part historical geekery, and one part cultural unzipping — they've act as lodestones, allowing me to invite and spend time with writers and designers and artists and entrepreneurs from around the world. I try to do several week-long+ walks in the spring and fall.

I've been a computer user for as long as I've had memories of being alive. And although my family was not well off enough to own one, I was lucky to have generous neighbors and friends. I believe in computers — their ability to create other worlds, good worlds, worlds from which you can learn in ways you can't outside of them. We are in an interesting time wherein bad actors have infiltrated these worlds, subverted them, turned them (and us) on their (and our) heads. There have always been bad actors, of course, but the scale these days is different. And so suspicion is a necessary part of being a good contemporary technologist. Blind faith is not only dangerous, but amoral. We moved a little too fast and broke a few too many things at too large a scale, unnecessarily so.

That said, I still love the culture of startups in its best form: the optimism, the naiveté, the confusion, the chaos, the compression. I mentor and consult with publishing, design, and non-profit startups and try to nurture connections where connections should be.

In 2011-2012 I worked at Flipboard as a product designer. My main focus was Flipboard for iPhone. You can read about that here.

Japan has been my base — in one way or another, physical or spiritual — since I was a teenager. My experiences in Tokyo, especially, are so deeply layered that I consider the city a hometown. Much of my appreciation for simplicity and minimalism in design is inspired by my time here.

I used to write extensively about the potential of digital books. Since 2015 these conversations have largely been rendered moot. Amazon won. Kindle is the only real digital book platform. And physical book sales continue to rise. ~2009-2014 was a spectacularly heady time for thinking about where books may go, but in the end, we've largely come back to where we began.

That said, the process by which the books are made, and the ways in which they are placed into the world have changed tremendously. Crowd funding being just one small part of it all.

I co-founded the storytelling community Hitotoki (aka, hi.co, now closed) to explore how storytelling feels when it begins on the phone and out in the world, built for a browser (not as an app) with an eye on emerging markets (cheap android phones) and their stories. My strange Hitotoki archive lives here.

I bounce between Tokyo, New York, and San Francisco. Sometimes, people have a hard time understanding why. They tilt their heads. To me, it's simple: stay sharp. Each time the plane lands I can hear the crisp scrape of my senses pushed across a whetstone.

Silicon Valley gets foolish dreaming and technology.
New York gets content and process.
Tokyo gets objects and procession.

I strive to be a skeptical technology optimist. Skepticism for objectivity. Optimism because, well, it's a better way to live, isn't it?

I believe technological change is like a freight train of a certain unstoppable momentum, and we have two broad choices:

I choose the second option, and that choice informs the way I look at how digital infrastructure is affecting books, publishing, and education, culture, and the patterns of our lives.

I believe there is an emerging confluence of simple technologies around books, publishing, networks, and education that can be leveraged to change the way we think about learning and information accessibility.

I think of the liminal space publishing now occupies as the pre/post era of publishing. We're post- the formality, complexity, and physicality that so defined publishing following Gutenberg (and Aldus Manutius and Walter Benjamin and …). But yet we're still pre- substantive alternatives.

The old guard holds its ground in a way, but a new guard is awkwardly emerging. Together, we can affect the shape of the new guard. Isn't that exciting? 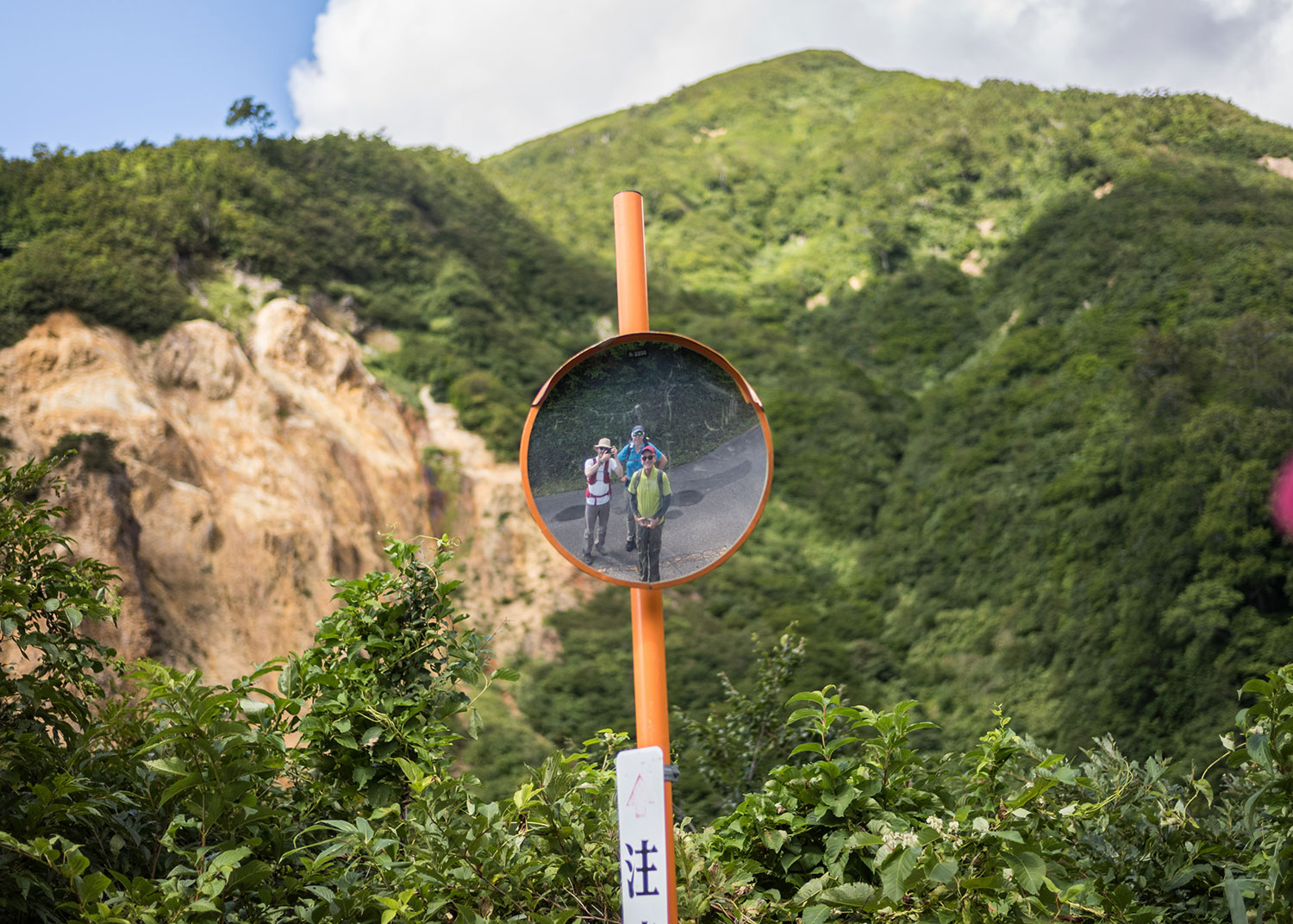