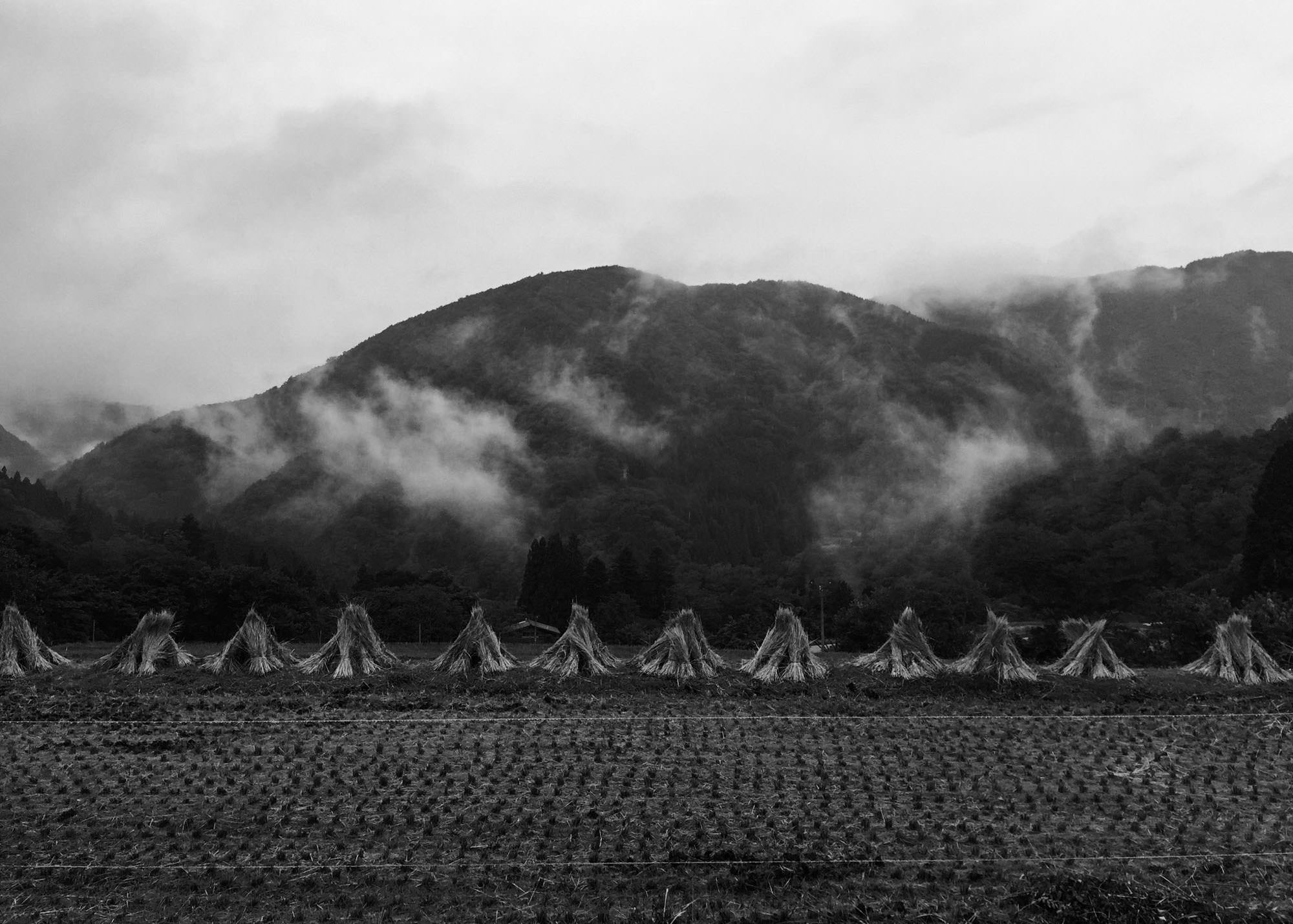 A Need to Walk

How and why we walk and how to walk better

Walking intrigues the deskbound. We romanticize it, but do we do it justice? Do we walk properly? Can one walk improperly and, if so, what happens when the walk is corrected?

Walking moves or settles the mind — allowing for self discovery. “I can only meditate when I’m walking,” said Jean-Jacques Rousseau. Aristotle is well cited as a peripatetic lecturer. The French contemporarily frame the literary walker with flâneur. Steve Jobs tore up the streets of Old Palo Alto in deep conversation. Moses famously parted an entire sea to take a walk with a few friends.

There is an art and history to walking and walking well. “To walk for hours on a clear night is the largest experience we can have” writes Thomas Clark in his poem, In Praise of Walking. He was speaking of countryside walks beneath the stars. But a night walk in a city also brings with it its own great pleasures. Rebecca Solnit writes in Wanderlust, “Cities have always offered anonymity, variety, and conjunction, qualities best basked in by walking.”

Mysteries are presented to the walker — the floating sound of a guitar above, screen door murmurs, cats frozen, baths splashing, the far off buzz of a motorcycle. Mysteries sometimes answered, more often serving only as ballast for the flitting narratives of the walker mind.

Yet the ability to safely walk alone, especially at night, is, for most cities, largely a luxury available only to men (and even then, there are always parts to be avoided). Which is why Tokyo night walks are especially alluring and evocative, seemingly a societal miracle — a city nearly devoid of violent crime, almost no back alley or poorly lit path is off limits. It’s one of the few, true, metropolitan spaces where the right to a safe walk is a nearly universal, indiscriminate, day or night, red light or financial district alike.

Elizabeth, the protagonist in Lynne Tillman’s No Lease on Life limits her walks to a few blocks in the East Village of Manhattan. Still, that doesn’t keep her from traveling in the mind, small details blossoming into panoramas:

Elizabeth opened her door and walked down the stairs. The halls were even bleaker in the middle of the night. Dawn. Farmers woke like this every morning, at the break of day, milked cows, sloshed around in the heat or cold, fed pigs who were more intelligent than they were, grew wrinkled and weather-beaten, and their wives cooked heartbreaking breakfasts, shriveled under the sun, nursed belligerent youngsters or died in childbirth. Everyone’s a hero. Elizabeth giggled then stifled herself.

Pico Iyer fell in love with an entire country because of a walk through Kyoto. “My favourite Kyoto walk begins at a half-hidden temple called Gesshin-in,” he begins, taking us contemplatively through the city as an insider. Iyer teaches us to notice. Noticing being one of the core attributes of a good walker. No walk is too simple on which to not notice. The best walkers build the habit of noticing so firmly into their being that they can’t help it. Need help noticing? Sling an old camera over your shoulder. (It’s not about the capturing but the looking through the ground glass.)

Walk greatness is indeterminate of length. A great walk can be long or short. I, too, stumbled upon a walk in Kyoto, though not in the city proper, nor as long as Iyer’s. Years ago I found Truman Capote’s New Yorker profile of Marlon Brando. He interviewed him in Kyoto. I decided to track them down. My walk took place in an old hotel, the location of their chat. The walk was very short, just a few minutes, chasing the ghosts of Brando and Capote down the softly carpeted passages of the Miyako:

I wound my way through the labyrinthine corridors of the fourth floor. It sprawled in all directions. I nodded curtly and sternly to staff walking opposite me in the hallway, tried to look like I knew where I was going, like I belonged there.

In the end I found a room that could have been Brando’s. Whether it was or wasn’t was beside the point. The point was the tiny adventure, the wondering through wandering if Brando and Capote had comported themselves over apple pie in the same space through which I moved, the synchronicity of our footsteps separated only by the folding of time. Big myths culled from short walks.

Capote concludes his piece with a roam of his own:

At two in the morning … the cabarets are shuttered; only cats remained to keep me company, and drunks and red-light ladies, the inevitable old beggar-bundles in doorways, and, briefly, a ragged street musician who followed me playing on a flute a medieval music. I had trudged far more than a mile when, at last, one of a hundred alleys led to familiar ground — the main-street district of department stores and cinemas. It was then that I saw Brando. Sixty feet tall, with a head as huge as the greatest Buddha’s, there he was, in comic-paper colors, on a sign above a theatre that advertised “The Teahouse of the August Moon.”

All walkers should strive for delight, all worthy walks designed intentionally or unintentionally to elicit delight. Delight in the unexpected and in things often overlooked or under considered. Delight in looming Marlon Brandos suddenly staring you down.

While short walks can invigorate or move a stagnant mind, long walks nourish and regenerate.

I am a newcomer to the art of long (or medium-long) walking. I had hiked up to Annapurna Basecamp years ago, but the first real “walk walk” I went on was last year with the prolific walker John McBride. John has been walking Japan (as well as other countries, deserts, pilgrimages) for decades. He remarks on his first few walks as a teenager finding his grip on a new country:

The walks became my way of interacting with Japan, becoming vulnerable in a different cultural context, but on my own terms, and meeting as many Japanese in different situations as possible. I began to long for the next university break when I could get out on the road again, and saw every Haiku I studied as a picture on the world I would eventually walk through.

Together, with another friend, the three of us covered large swaths of the Kumano Kodo, an ancient pilgrimage path, recently made UNESCO World Heritage Site. It was on this walk I discovered the delight of great companions. A year later, still, I am unraveling, reconstructing, and deconstructing our historically focused and often ridiculous conversations.

Lucid walking partners elevate a banal walk to the sublime. But learning to walk long with only yourself has the advantage of spontaneity, opening the floodgates for a kind of self psychoanalysis.

Teju Cole’s Open City is a book of solitudinal wandering through much of Manhattan and snippets of Brussels. The walks range from short to longer, but they exist less in discrete pieces, and more as parts of a larger aggregated arc. Taken together, the book itself is one long walk with the protagonist Julius.

Julius is both a great noticer and someone willing to be delighted (or disgusted). “On an afternoon of heavy rain when the ginko leaves were piled ankle-deep across the sidewalk looking like thousands of little yellow creatures freshly fallen from the sky, I went out walking,” he begins. And then, on the rain and its effect: “The intensity of the rain blurred my sight, a phenomenon I had noticed before only with snowstorms, when a blizzard erased the most obvious signs of the times, leaving one unable to guess which century it was.”

Of all contemporary writers, W. G. Sebald’s seminal Rings of Saturn holds a defining position as a book of literary walking. Cole’s work draws many Saturn begins, “In August 1992, when the dog days were drawing to an end, I set off to walk the county of Suffolk, in the hope of dispelling the emptiness that takes hold of me whenever I have completed a long stint of work.”

“Is literary greatness still possible?” asks Susan Sontag. “One of the few answers available to English-language readers is the work of W. G. Sebald.” W. G. Sebald has staked his fame in steps.

If technology has done anything to walking it has been to inspire neurosis.

I look back at that time and laugh — fifteen thousand steps — Ha! That’s only about seven miles! Not bad if you’re on a business trip or you’re just getting used to a new prosthetic leg. In Sussex, though, it’s nothing.

Finally, when his FitBit died:

I felt a great sense of freedom. It seemed that my life was now my own again. But was it? Walking twenty-five miles, or even running up the stairs and back, suddenly seemed pointless, since, without the steps being counted and registered, what use were they?

I can relate. On a trip to Paris a few years ago I walked the city in a step fueled mania.

By the time I reached the Eiffel Tower’s base, my step count was surely off the charts … Oh, the joy I felt looking back over that city.

Staring out, I traced my walk from so far above. I thought of the staccato data at the beginning of my adventure as I flitted between cafes, stopping for coffee and hot chocolate. The soft lull in the data as I lingered in front of Stein’s apartment. The explosive push to the base of the tower — a leg of my activity graph punctuated by only a small dip as I stopped to buy water. And finally those stairs — all the stairs climbing up the tower; I was certain I had beaten my previous records.

Moments later I realized I had forgotten my FitBit back in the hotel.

There are prolific walkers such as Robert MacFarlane, who has walked the old paths of England and brings his encyclopedic knowledge of walking to us in The Old Ways.

There are simple walkers such as Buddhist monks. They punctuate sitting zazen meditation with a walking meditation called kinhin.

My favorite formula for a great walk is to give yourself a few days. Five is good. Choose one or two people you find fascinating as partners. Then move slowly through the countryside — notice and help notice. Be delighted by those you encounter — those beautiful or angry or lost or sad. Consider the hug. Ask those you meet to sing for a loved one if they tell you they once sang. Bring coffee. Share the coffee. Fall in love with a country. A person. A branch on a tree. Speak at length about lengthy topics. This is why you walk.

Walking intrigues us with its simplicity. Thomas Clark reminds us: “Early one morning, any morning, we can set out, with the least possible baggage, and discover the world.”

How will you walk?

Some answers to questions asked about my recent Kumano Kodō walk

Scale is all that matters