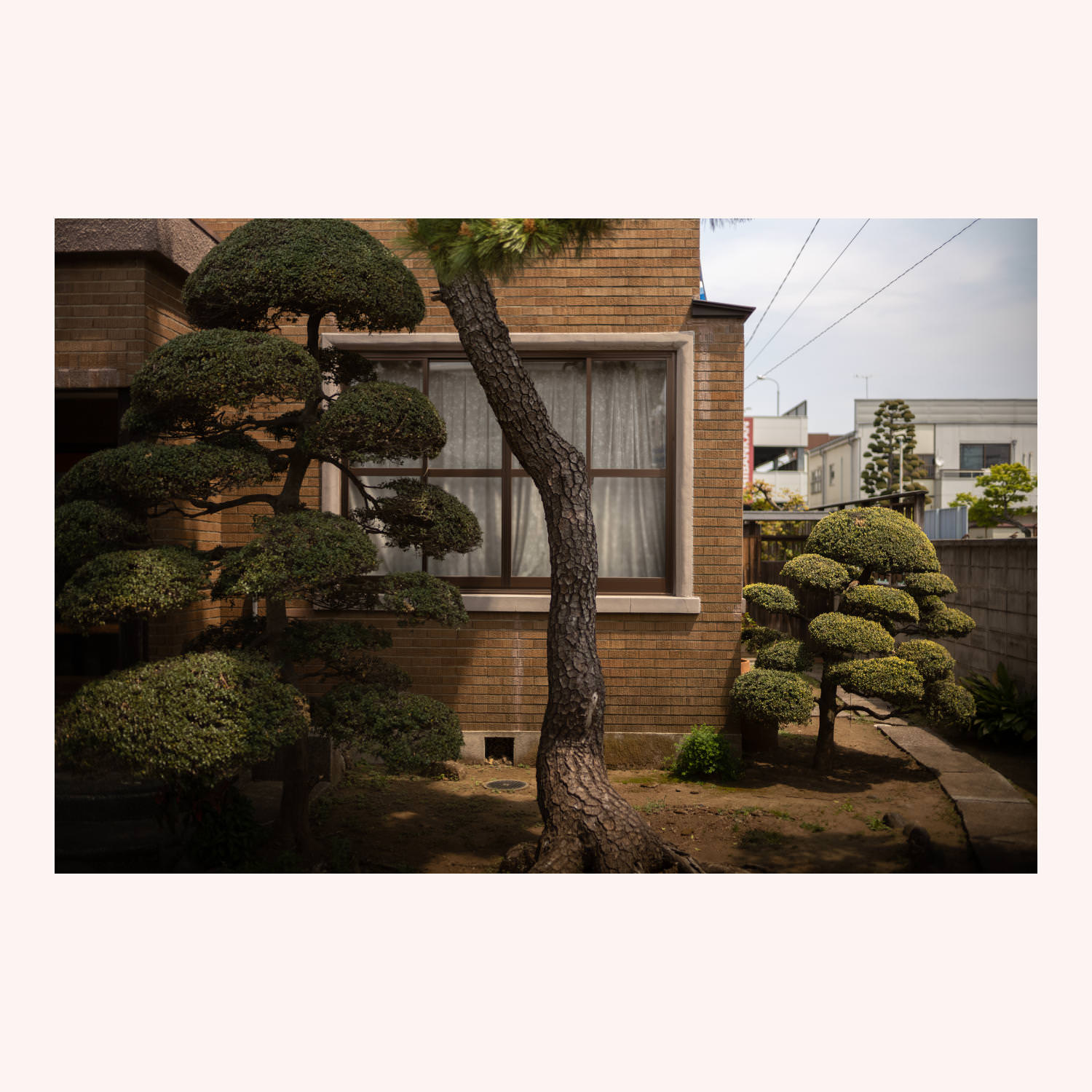 Back from the curious ’stans,

Ridgeline returns to once again focus on Japan walking. This week: More responses to SMS questions sent along my big spring walk.

Housekeeping: We’re running out of “Fellow Walkers” bios (those bios featured at the end of all Ridgelines); if you haven’t sent one in and want to, shoot it over. Just a sentence or two is fine. More on the bios in Ridgeline 001.

I’d love to know how the fact that you’ve agreed to send a text and photo each day is affecting your trip. If it were me I could see it pulling me out of the gifts of the moment.

The SMS system was deliberately engineered to not pull me out of the moment. I didn’t know how many people had subscribed, and I didn’t see responses in real-time. Real-time engagement is the surest way to lose “nowness” while touching the network. Which is why I’m only now, months later, responding to some of the questions that came in.

Rather than pull me away from the walk, the system heightened my experience of the walk, gave it edges in ways I couldn’t have predicted. I sent the daily SMS “prose-poem” and photograph each evening, after the day of walking had finished. It became ritualistic — import photos, cull the duds, star the better ones, pick a few, edit them, choose one, write a paragraph and push it all out.

Because the process was reflective rather than real-timey, it never got in the way of the moment. I’d have flashes throughout the day: Maybe that was the defining image of today? but nothing that pulled me out of the immediate where and when.

It was, dare I say, a nearly perfect way to memorialize the walk. The object I returned home to — this book sitting next to me — grows in value as time passes. I’m grateful for it, for the system, and for the thousands of responses.

Before these texts I always thought your walks were all happy and easy; only now reading how you describe the physical pain do I realize how much of that there is as well.

Yes! They’re tough. This spring one in particular because I underestimated both distances and the compounding physical rigor of weeks upon weeks of non-stop walking. This response I’m quoting came on my longest day, on which I wrote: “47km. 56,656 steps. Shattered.”

But — the difficulty is pleasurable. I loved the physical intensity of it all, came to masochistically luxuriate in it and, as anyone who has done, say, marathon training knows, there is a joy in watching the body subtly shift into a more efficient machine, shedding fat, refining muscle, becoming more capable and lean.

By the time I got to Kyoto — about halfway through the entirety of the trip, and where the SMS portion ended — I was tired (so very tired!) but also felt not unlike the protagonist of the opening piece in Alan Heathcock’s excellent Volt short story collection:

Weeks he wandered, awake day and night, eating berries and cress, beetles and worms, an occasional fish, a groundhog caught with his bare hands. Though Winslow’s mind hadn’t reconciled, his body had evolved. At first he’d always been tired, but now he walked vigorously, all day and without pain. His limbs grew sleek, stomach ribbed with granite, beard and hair tangled and sunbleached, skin baked into a russet hide.

Now, I wasn’t eating beetles, and had slathered on enough sunscreen to actually whiten myself despite being outdoors for twelve hours a day, but the rest tracks similarly.

What kinda shoes do you wear for walks like this?

As I explained in my recent gear post I’ve switched from Danner’s heavy (more repairable) boots to their newer lines of much lighter but waterproof and still rugged-ish boots.

I really dig the Mountain 600s. Zero break-in period. Comfy with a wide toe box, which is important as your feet will expand significantly when walking 20-30-40km a day.

I do replace the insoles, though. Superfeet green insoles have proven to alleviate most all of my foot / knee pain from walking on so much asphalt.

So how did you eat the frozen bacon?

On day 11 I wrote: “35km + the highest pass of the walk. Wada and Shimosuwa are gems of towns. Shimosuwa is like a dream. To get to the dream you must endure 5km of walking on a shoulderless highway with tractor trailers barreling down inches away from you. I might very well be dead right now, typing this in walking heaven. In fact, once I got to the pass I saw the building I’m sending in the photo today. A true ghost building. I walked past it. And then a man came out of a nearby house and gave me a packet of frozen bacon. Is this how you cross the river styx, not with a coin, but, bacon?”

Since I don’t eat most meat (I stopped eating all meat in 2010, and then reintroduced chicken last year; it’s quite easy to do and I’d say the benefits have been a marked net positive in terms of feeling more healthy; also vegetarian smugness is a delicious topping on any salad; also impossible / beyond meat burgers are yummy so the material sense of sacrifice is quickly evaporating) I wasn’t planning on ever eating the bacon. Furthermore, I had no way on that day to cook it. (Stoves and tents joined the walk a few weeks later.) So I used it to ice my knees and shoulders. And then donated the packet to the owners of that evening’s inn.

They fried it up in the morning and reported back: It was oh so yum yum.

Someone else wrote in regarding that 5km tractor trailer stretch I reference above:

What would have happened if you wanted to walk parallel to the road but down below? Maybe you would have run into problems with private ownership of land?

Sadly there was no below. The road was blasted through the mountain and the only thing parallel to the road was solid granite. If I could have shape shifted into the mountain itself, I would have. It truly was harrowing. Perhaps the most danger I felt the entire trip? Compounding the lack of road shoulder, it also began to pour. Which was less of an issue about my own wetness and more and issue for my worry that one of these trucks was going to slip-n-slide me into a mountain pancake.

As for trespassing on private property: It’s not really a matter of concern in Japan. At least, it’s not dangerous, not in the American-back-road, countryside-trespassing sense — nobody here owns a gun and, as far as I know, Japanese society has no notion of castle doctrine — so you can wander (within reason) at will. I don’t recommend flagrantly strolling or camping on private property, but cutting across land for safety is absolutely fine. The worst thing that could happen is someone yells at you, but more likely than not, if you smile and can speak some Japanese, you’ll be invited in for tea.

“Grew up in Eastern Pennsylvania, suburban area, but not so close to Levittown that the houses were made out of ticky tacky and they all look just the same. I could easily walk to farms, woods, etc. My parents always said I was not one for vehicles, running barefoot, side-by-side with my friends on their bikes. Now, also Eastern Pennsylvania, house a bit more ticky tacky but still not the same. I walk to get away, cognitive breaks as I call them. Working remotely for a marketing agency, I leave my phone at home and wander through the 81 acre wildlife sanctuary in my neighborhood. It’s calm even though I can hear cars in the distance, just enough to feel far off for a little while.”

“I came from comfort and TV, a grade school “smart kid” that never had to learn how to do anything hard. I’ve learned and relearned that I’m an easy walker through accident, foolishness, and unwise optimism — “we can just walk down from Penn Station” (three miles); “how far can it be from the mechanic? I’ll drop off the car and walk home” (four miles). Unplanned workouts that unexpectedly work out, ending in silent movie title cards: THAT WAS DUMB / BUT IT WORKED.”

“Born in Kansas City, solidly middle America. Moved to Beijing after college for work. My major was East Asian Studies and I decided to move to Beijing after graduation to work and improve my Chinese. Lately, though, I’ve begun wondering what I’m doing here, what I’m here for, in what direction my next steps will be. People ask why I’m here, why I like it her, and I feel unable to give an answer the satisfies them. I’m not sure I’m even satisfied, no matter how many I try out when asked. I have no desire to return to America, but still feel pulled to leave. I feel pulled in two directions, neither clearly defined or felt.”

036
Postcards from the Baikonur Cosmodrome