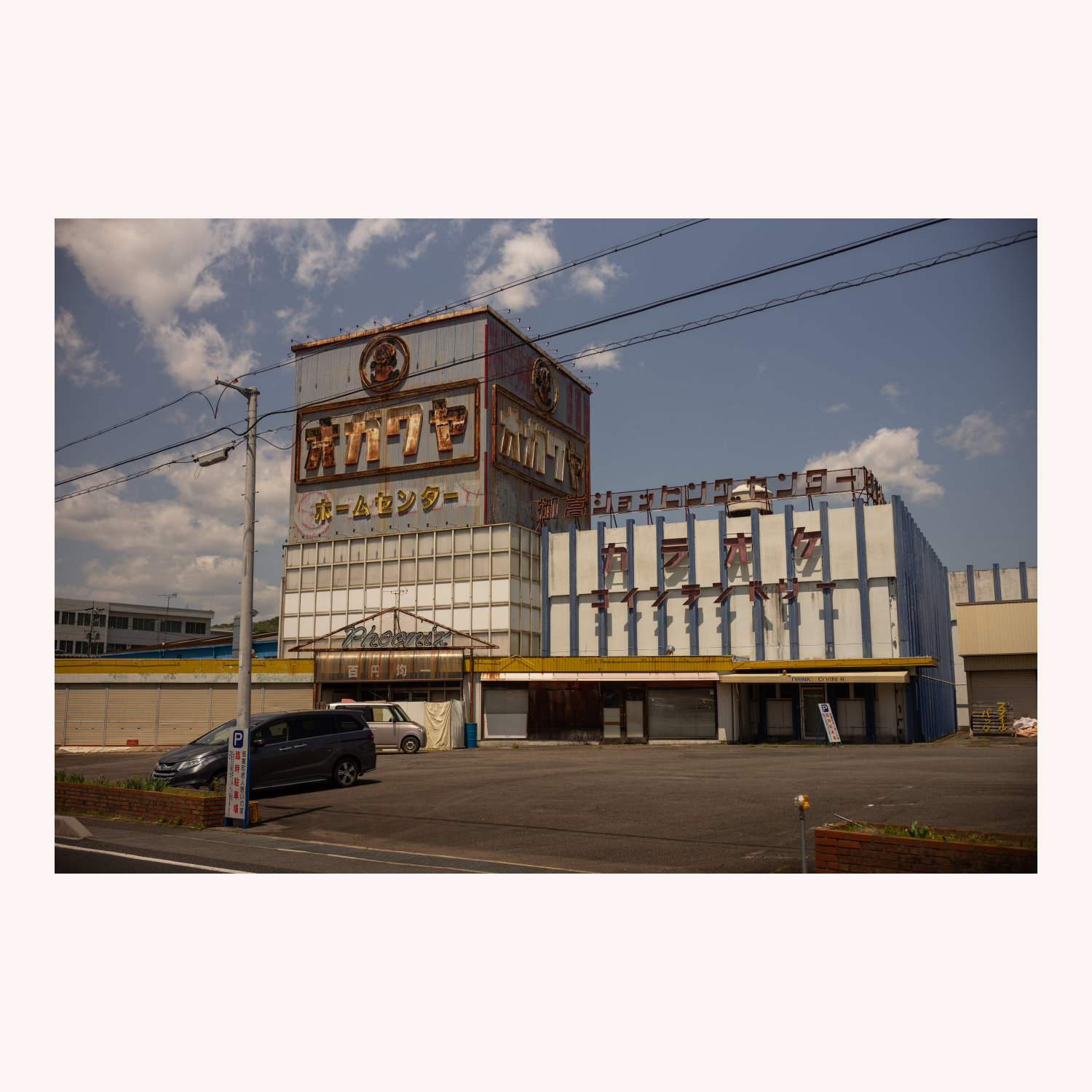 One of my favorite little pleasures is to spend an afternoon in the photo book section of a bookstore, not looking at photographs but instead reading the sometimes short, sometimes long essays you find in the front or rear of most photo books. When the essays investigate process, biography, or larger meta themes around photography, they can be maximally illuminating. (When they’re desperately trying to explain the photographs of the book, I suggest you gently close the volume and move on to the next one.)

With an eye towards December 2019, I’m planning a(nother) 600+ km walk in Japan. The goal is to amble from Kyoto back to Tokyo along the Tōkaidō, a kind of spiritual twin to the Nakasendō, which I walked this past spring (Ridgeline 012). Completing both of these in the same calendar year — a calendar year fueled by your memberships (thank you!) — feels right.

The Nakasendō winds through the mountains of Nagano, the Tōkaidō along-ish the coast.

The Tōkaidō and Nakasendō hit peak walkage in the Edo era (1603-1868), acting as the main veins transporting daimyō for their sankin kōtai responsibilities. The roads were replete with inns and brothels and tea houses and each section had some kind of food or drink for which it was famous — crackers, sake, sweets, fish, water, rice, et cetera.

If the Tōkaidō is more well known than the Nakasendō, it’s in part because Hiroshige memorialized it in his “Fifty-three Stations of the Tōkaidō” set of prints in 1830s.

Those old dirt or paving-stone roads that Hiroshige walked were mostly tarred over in the 20th century, laying the groundwork for local roads and highways, and providing guideline inspiration for Shinkansen tracks (Ridgeline 018). (Hence the “Tōkaidō Shinkansen.”)

This means that a walk along these roads is not, uhm, always pleasurable, per say. They’re veins for vehicles, not walkers. That said: I love walking along what a fellow walking buddy and I have come to call “Pachinko Road” — the kind of suburban hell-sprawl you find leaking out of Japanese cities into the otherwise paddy- and farmhouse-dotted countryside. 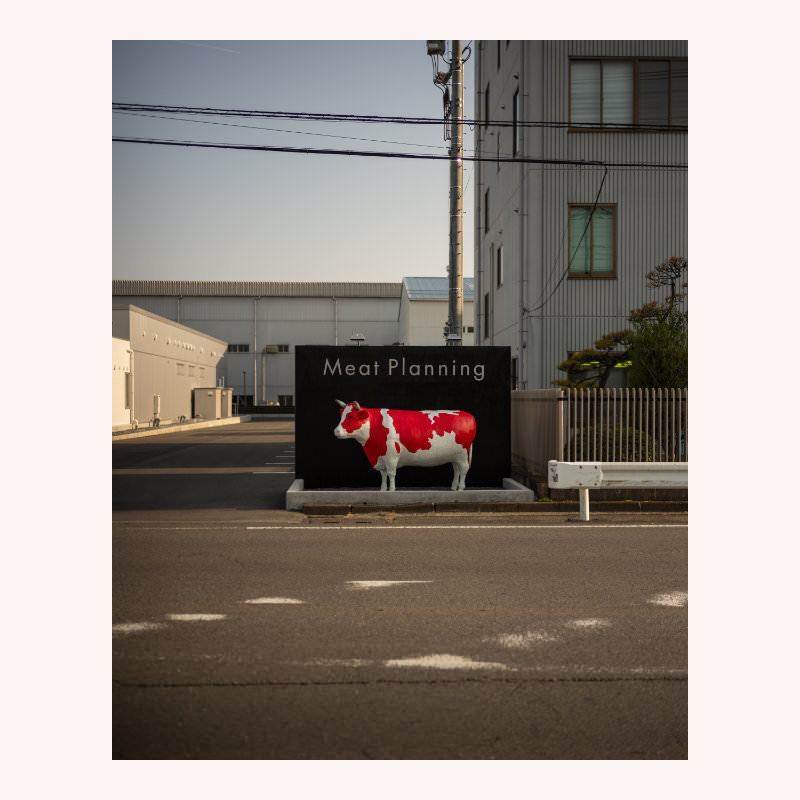 Photographing these often unseen parts of Japan has been rewarding. A camera can pull you closer to the world in sometimes uncomfortable ways. Conversations sprout from the image taking, and it’s those conversations — with an 80 year old hunched man tending his garden next to the highway, for example — that become odd little geo-psycho-cultural gems, anchoring the otherwise “floating consciousness” vibe of my walks to micro-seconds.

Anne Wilkes Tucker, in the opening of Alec Soth’s Sleeping by the Mississippi photobook, writes:

A photographer’s challenge is to develop an “eye” or point of view so personal that it becomes his recognizable style. All decisions of craft (camera, film, and photographic paper) are made to enhance that point of view. It is one step harder to sustain that “eye” throughout a project, so that the pictures are related one to the other, and again, a step harder for the pictures to be sequenced in an order that further shapes and enriches the whole.

As my bigger walks become less about technical execution (I know largely what I’m getting into, the gear I need, what it’s going to feel like, et cetera), I can feel a rising surplus of energy for “developing an ‘eye’” and “sustaining” the eye and “sequencing” whatever it is that’s captured.

The bigger picture [of a moment in time; a year; a decade] can be more easily recalled. But it’s often the smaller, seemingly insignificant moments and details that help us to connect the past and present, and it’s through the shared recognition of lived experience that we come to make sense of who we are.

I’ll be doing this winter walk alone. Alone walking is best walking given the right frame of mind. Solo walking extends, I believe, a kind of invitation to the world to reach out and show you things otherwise hidden. Or at least that is how it has felt to me, in Japan.

Alison Nordström, in the preface to Hiroji Kubota’s monograph:

There can be something liberating and transporting about volitional expatriation.

I’m interested in the insignificant details. These “nothing” details are the details that define the texture of an experience I find so compelling that — even now, sitting here at my book strewn table at one in the morning, Vornado fans swirling air all about in my studio (the humidity at a comfortable 60%) — I can barely wait until December, back on Pachinko Road somewhere on the outskirts of Kyoto, heavy pack on the back, camera in hand, looking closely at that rotten and beautiful and complex core of my volitional expatriation.

“I crawled out of Pacific Northwest coastal shell, amidst the tall firs and cedars of the Olympic mountains and the Cascade Range. The steady drizzle of rain and the green of the landscape are what particularly call to me. Growing up, backpacking along the Pacific Crest Trail and along the coast of Washington and Oregon were regular events. The landscape begs to be walked, biked, hiked and explored and it set the tone for a life of doing just that. “

“i grew up in a small town at the end of a country. there were few people like me. i learned to live inside my head for long weekends and days that failed to make a connection. i left the town the first chance i got. i don’t think about it much, but i still carry the worlds i made there. in a way, i have been casted from that place: its entire opposite, its negative form, but sharing every wrinkle in great detail.”

“I caught a glimpse of the shell in 1994, when my six-year-old daughter and I were exploring the tidal rock pools at Isshiki beach in Hayama. As I stuck a toy net under some seaweed that looked like bladderwrack, I said to my daughter in Japanese: “In Devon, I’d expect to find a prawn under seaweed like that.” I pulled out the net, and in it was a prawn. “