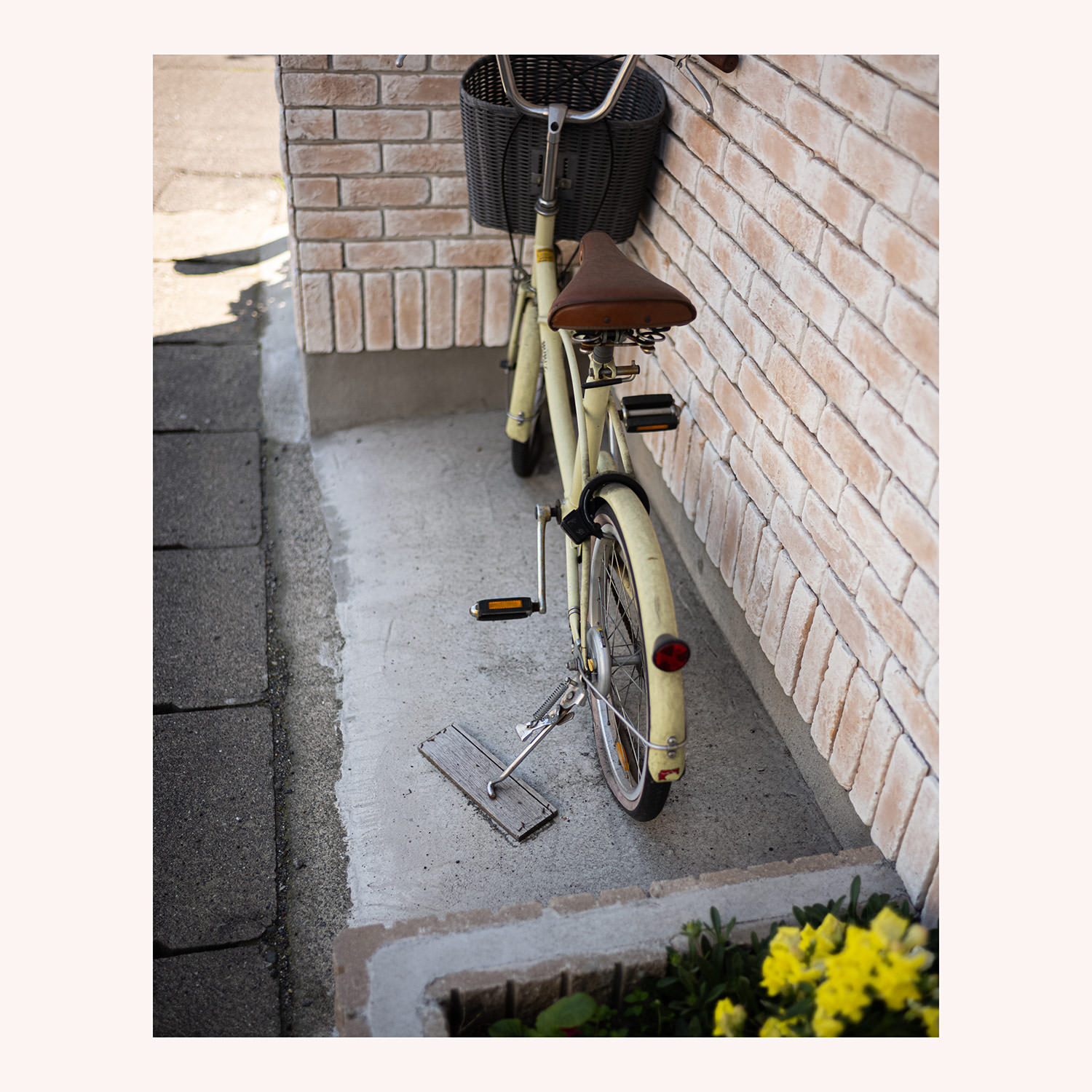 Hello! A return to the SMS project and more responses. Part 1 is here.

I am delighted to report that it is still chilly here in Japan. The bryophytes of Tokyo are overjoyed, they don’t know where this endless misty chill and gentle light is coming from. I’m right there with them. It’s a mystery, but one to be embraced. (The heat, the scorched earth, the late-summer typhoons are all certain to arrive as is 4 a.m. on the morning of a deadline.)

Some people measure distance in terms of cigarettes. How long is the walk in terms of jars of tiger balm?

Not jars, tubes. Very important distinction (jars are heavy!). And in the interest of full disclosure, wasn’t using “real” Tiger Balm but rather a Japanese rendition named (somewhat insanely sounding) “Salomethyl”, pronounced SA-RO-ME-CHEEEE-RU. This can be procured at any ol' Japanese pharmacy although if you don’t get the pronunciation spot on, good luck.

In the end I used three tubes over six weeks. It was a three-tube walk. The first tube went in about a week, and then I dramatically ramped down on my consumption. Helped in part by properly seating the pack on my hips, off my shoulders. But also just in that my body acclimated.

Salomethyl did shock me a few times. Applied at night, it can reactivate the next morning given friction. Reactivation can burn and confuse. One evening I had applied some to my lower back and spent the first hour of the following morning wondering if I had been bitten by some poisonous spider as I slept, or if I had accidentally rubbed all the skin off my hips. Turns out it was just wacky deep-tissue mentholation.

I would love to learn more about walking culture in the Edo period. Does the playground erase that history or preserve it?

On day three I passed a park that had once been a mile marker. In this case, the park preserves since a plaque had been erected. Most markers are long gone never to be thought of by anyone — locals or passers-by alike. The markers are called ichiri-zuka and were marked as two hulking earthen mounds adjacent to the road. Some markers have been preserved in florescent beauty — as mounded gardens. But those are scarce. I stood atop one just outside of Magome and recorded an episode of SW945.

Can we remix your ambient audio into a techno track? (serious question)

In reference to the SW945 podcast. Uhm, YES. But only if you send me the link the moment it’s up online. (I should make explicit some Creative Commons license for the podcast audio … what would be a good way to offer it to the world? .mp3 files collated into git and put up on Github? With a remix friendly .readme?)

Aw, I wish I could have watched the staff watching you record in the Pachinko parlor. Don’t disturb the wa!

Pachinko parlor law explicitly states that they be free of all wa, so that chakra of reality was left untouched. But I do admit to feeling crushed by dopey self consciousness.

The recording microphones I used look like headphones. I put them in my ears, started recording, and then just walked in. The parlor was in rural Saitama. I was most certainly the only person who hadn’t driven there. There were some white pleather sofas at the front of the warehouse (because it was more warehouse than shop or parlor, vast, like it had been stocked with dog food until just yesterday) and I sort of slithered from the entrance to the sofas. Sat motionless with my giant pack. I probably looked more terroristic than anything. Single white male walks into a pachinko parlor with a giant backpack full of who knows what, etcetera etcetera. Terrifying, no? But this being Japan, I was left alone. Amazing considering I most definitely did not blend in with the chain smoking old men surrounding me, some sleeping, most watching the TV blaring morning shows on the wall in front of us.

Fifteen minutes later I completed my improv performance art piece as foreign statue (self-experienced as a spat of vipassana), stood, and with great existential relief, walked back into the fresh air and sunlight.

What is your understanding of and relationship to the homogenous agroforestry that’s typical along these pilgrimage trails in Japan?

This was in response to a photo I posted as I made my way over the Usui Pass in Nagano, heading into Karuizawa. Like a great many trails in Japan, the surrounding forest is extremely monocultural. Mainly full of cryptomerica japonica, or Japanese cedars, or sugi. And — it’s a big bummer.

But why is an endless sugi forest suboptimal? Because it promotes little wildlife biodiversity. One great sadness of walking the Kumano Kodo is the distinct lack of birdsong. It’s very quiet in the forests. Introduce even just a few other tree species and suddenly the canopy is alive with tweety conversation.

As far as I understand it, the prevalence of these cedars owes to post-war economic revitalization efforts and an over-indexing of sugi. This also accounts for the horrible hay-fever people have in Japan, since sugi vomit out bajillions of pollen spores each spring. But: Sugi grow fast, make for good wood. The Kumano Kodo bisects a number of sugi plantations, some of which you may pass through as desolate post-harvest wastelands. The “value” of a path like the Kumano Kodo wasn’t recognized — or, remembered, rather — until these past twenty or thirty years. So the notion of creating a perfectly biodiverse, heterogenous forest wasn’t on the mind.

Thankfully most of Japan isn’t homogenous. Just listen to the first episode of the SW945 podcast for an example of what a diverse forest sounds like — total aural delight.

And related to that first episode, a question came in:

What did that lady say to you at the end?!

“My grandfather was one of six siblings and my father was the sole offspring of that entire generation — not just an only child but an only grandchild. After my grandfather died (leaving a wife and eight year old) my father was essentially reared as an adult; a function of a single mother and all those aunts and uncles not some Dickensian hell. My father (some would say overcompensated and) had five children. I am the father of three.”

“I hail from a family of immigrants. I was uprooted at the age of 10 - and have been traveling ever since. Immigration is a tricky thing. It tore apart my family and left me with a constant feeling of anxiety. Wherever I go, I am walking a tight rope. Wondering if I misunderstood something, if I didn’t prepare well enough or simply missed a cue. And yet, I feel happiest when moving and immersing myself in new cultures and pursuing things that frighten me. Always seeking the difficult. It’s what sustains me.”