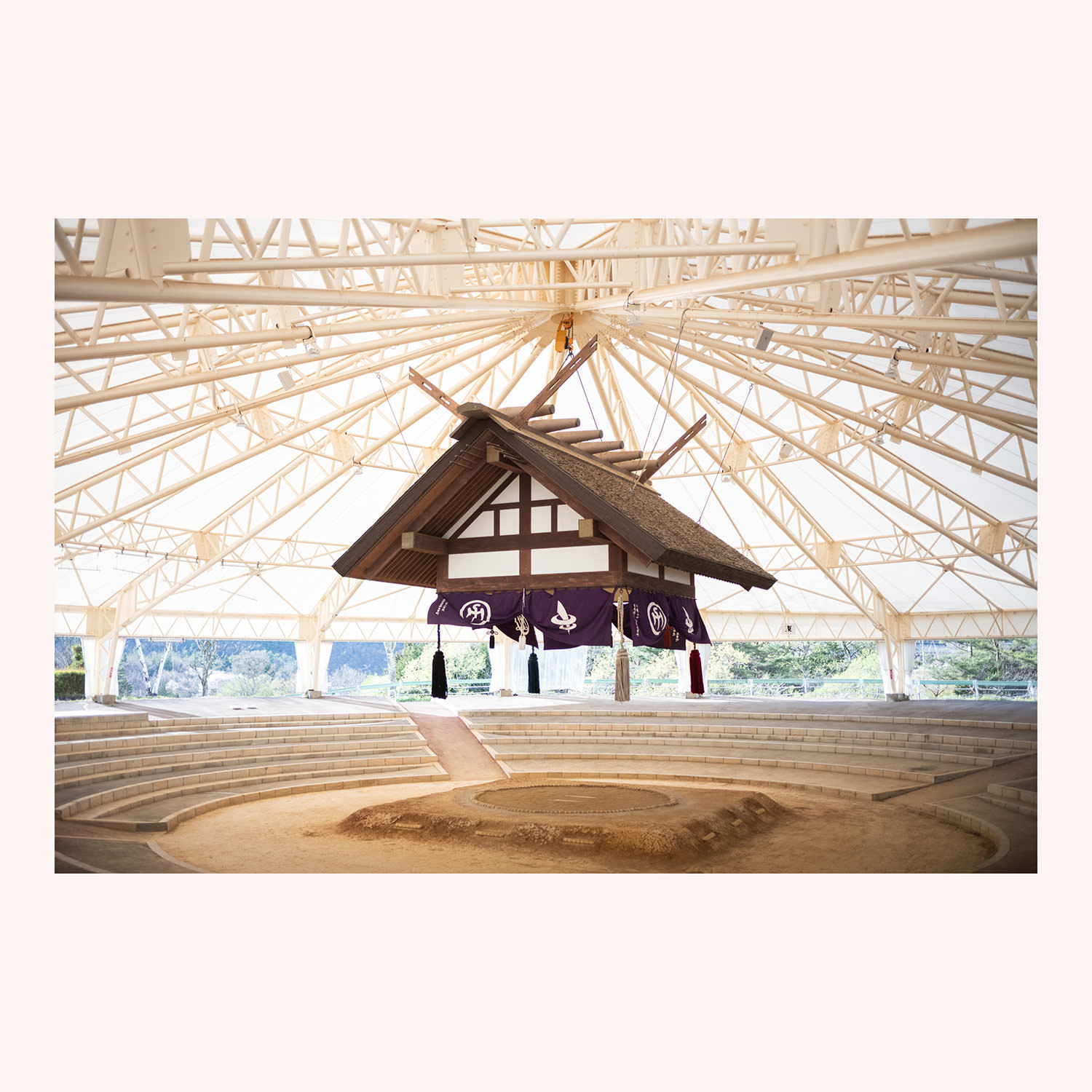 Hello from a train. It’s mid July in the greater Tokyo area and I am wearing a long sleeve shirt and carrying a jacket and I can’t remember a July ever in the history of my many Julys here that has been this chilly. Which I LOVE. I am a winterbody. Onsens and wool hats and December-bare mountain hikes, please. The hardest part — I find — about living in Japan is suffering the relentless summers. To give you a sense of just how stifling, how wet moldy blanket wrapped around your face and then stuffed in an oven it can get, I escape to NYC — NYC! — in August because it’s such a reprieve. (And for the record: I dig the NYC August heat, oddly.)

So this peculiar autumnal chill most certainly won’t last. And come August 1st I suspect it will be broiling with the fury of a thousand Olympian heat strokes (how are they going to survive the games next year?). Therefore: I will be in NYC (not just because of heat aversion; I’m lecturing at the Yale Publishing Course).

NYC talk update: I’ll be giving a talk on August 8th at 7pm. If you’re interested in attending, mark that date. I’ll announce the specifics next week.

And now to this week’s Ridgeline:

It’s not that I wanted to go on a long walk, it’s that I wanted to become more of a walker. A walker in the professional sense, the committed sense. Or — zooming out further still — perhaps not even become a walker but become someone who fights — within the flimsy framework of their own life — for extended stretches of thinking-time. And not just fights but believes in the fight, the value, of that time, and believes in what can come out of it.

These last few years I’ve walked quite a bit. But never in the way I had hoped or felt would be most valuable or gratifying. A week is good but a month — my unfounded theory went — would be better. The secrets of walking lived somewhere between days 10 and 200 on the road. And so at the end of last year I decided some commitment devices would be helpful to level up.

Commitment device number 1. I wanted to write more about walking and the phenomenology of walking. Hence: This very newsletter. Has it worked? This is issue 27. They average around 500-700 words an issue. (This one: 1500. (Sorry!)) That’s a solid 15,000+ words about walking I had not previously published and most certainly wouldn’t have published. This doesn’t include my recent WIRED piece or the other big essay(s) I’m working on. By the end of the year, continuing this trajectory, I should hit 40-50,000 walking words. More is not better by default, but some is almost always better than none.

Until this year I had pegged a lot of my “writing and walking identity” on goals, chunks: a big essay I didn’t quite know how to land, a novel I have now re-written a half-dozen times. Big goals are good, but they can inspire a tendency to overthink and self-sabotage. A person can only work and rework without publishing for so long. It’s tough to crawl into that deep hole not knowing if you’ll ever come out. In this sense, Ridgeline has been a grand success and tying it to SPECIAL PROJECTS program was no coincidence. The membership component formalized the contract with you all — a public commitment device that I have tried my hardest to stick to.

Commitment device number 2. I wanted to go on a properly “big” walk. If I’m going to write about walking in Japan, then I should have at least completed one of the major classic highways. Either the Nakasendo or Tokaido. I like mountains, and so Nakasendo it was. (The plan is to finish the year with Tokaido, schedule permitting.)

That big walk clocked in at six weeks, and came with a cache of potential failures: I simply might not make it, my body might give out, the weather might be horrible, the equipment might fall apart, I might hate every moment of it, or I may lose a grip on the mental fortitude required to keep walking, mostly alone, day after day. Would I fall into a depressive funk? Quite possibly! So my strategy to minimize these issues was to pre-plan and eliminate almost all decision making along the route itself. That is, set the course and then execute upon set course.

In doing so I established a few things:

Long walks can be frameworks. Long walks contain rhythm and monotony. Using this framework, this monotony, I looked to amplify a few specific good habits, and nullify bad ones.

One positive habit: To build better publishing diligence and travel record “cleanup.” It’s easy to travel and collect media — photos, notes, etc — and never touch them. They build into a “someday” pile. There are trips I’ve taken in the past few years where I still haven’t done a baseline edit on the photos.

Instead, I made cleanup inevitable. The SMS publishing schedule became a kind of mini Ridgeline++. Small but daily. Forcing me to import all photos from the day, cull, delete the duds, find one good image, edit it, publish it.

The podcast, SW945 further forced me to import audio, edit, and publish.

Having the audience to whom I was publishing (even though I couldn’t see them) — again — formalized the work. Formalization, I find, is everything, even if it’s just putting on pants in the morning before sitting down to write.

In the basket of idiosyncratic-habits-to-improve-upon, I had plopped the intention of smiling more and with less self consciousness. Which is a circuitous way of working to relax the face, eliminate a broad upper-body tension. I coupled the smiles with becoming a master hello-er. I smiled and greeted like crazy. A greeting juggler. A clown. A voluble performative monkey. I had the opportunity to smile to folks dozens, if not hundreds, of times each day. Unlike many urban environments, the rural life rewards serial greetings. This is where the amplification effects of walk-monotony kick in. Setting the intention to smile is a simple one. And the monotony foments execution. The reward was seeing folks smile back. Doors opening into lives, extended conversations. My smiles became less demented-looking, so I think. And a few weeks in I was smiling in an entirely different way. Superficial? Maybe, but these are the kinds of small acts, small gestures, that you can refine given the right framework. And seeing or feeling that change happen helps you believe in the systems behind the change.

Because the schedule was pre-set and the rigor level somewhere around Beast Mode, I couldn’t slack off. Couldn’t waste time. Every minute was precious and necessary. Not rushed; full. Some of the fullest days I’ve felt. The quality of this kind of intensity set by yourself — as opposed to, say, your job — is invigorating. The tone, dramatic but soft. A self-contract begetting self-respect. My distance calculations were almost always off. Arrivals later than planned. A week in and I understood how much time the output required: The SMS and note taking and SW945ing. I understood how much sleep my body so desperately needed to knock out another 30km or 40km or almost 50km day. I couldn’t drink alcohol (my body had no excess cycles for processing), and I couldn’t not get eight hours of sleep. That was the minimum needed to heal. Social media was blocked. And even if it wasn’t, I couldn’t afford to get lost in those loops. Night came quickly, descended with a vigor I felt in competition with. Sleep became programmed, non-negotiable. Sunrise was brisk. My body knew what that morning light brought, the shear physicality of which shed my brain of many idiocies and pointless habits. The body and mind both whittled. The rhythm consistent. Monotonous. A glimpse of a best version of self. The thrill of floating inside of a well-engineered framework.

I went on a long walk not to walk a 1,000 kilometers but to embed the sensation of walking in my bones.

All said and done, I believe in the systems. Find small ways to set yourself up for incremental success. Make the positive habits inevitable. Word after word. Step after step. I am writing and walking and so very grateful to all of you for following along.

“My shell: a father who realized his dream of speaking the language and living on the land of the tall and handsome GI’s who generously handed out chocolates to the children of a defeated archipelago and a mother who chose to marry a man just to get away from a financially turbulent(due to a philanderering father)childhood home . The shell fell apart at the hinge and floated off in separate directions while I, the adventure seeking and promiscuous(!)pearl which emerged from the shell, is about to embark on another romantic adventure in the lone star state!”

“I was born in an environment where culture was absent. Many boys I played with are now death, shot. I had to find museums and music myself, on my own. When I was 25 I held a book in my hands that was more than 400 years old. That was 37 years ago. Today I teach the History of the Book and Typography at the Amsterdam Univrsity to students who are as mesmerized by these ancients as I was then and still am now.”

“I am torn from the shell of a representative place, where I learned to represent. Wherever I go, I am from there, the place with the reputation. You’ve read a story about us, written by a visitor, an other, who came to town to extract a story. But look, I am from there and I am refined. I am fine. It is not as scary as the stories they tell. And it is. It is. It is both. That truth needs represented, too.”