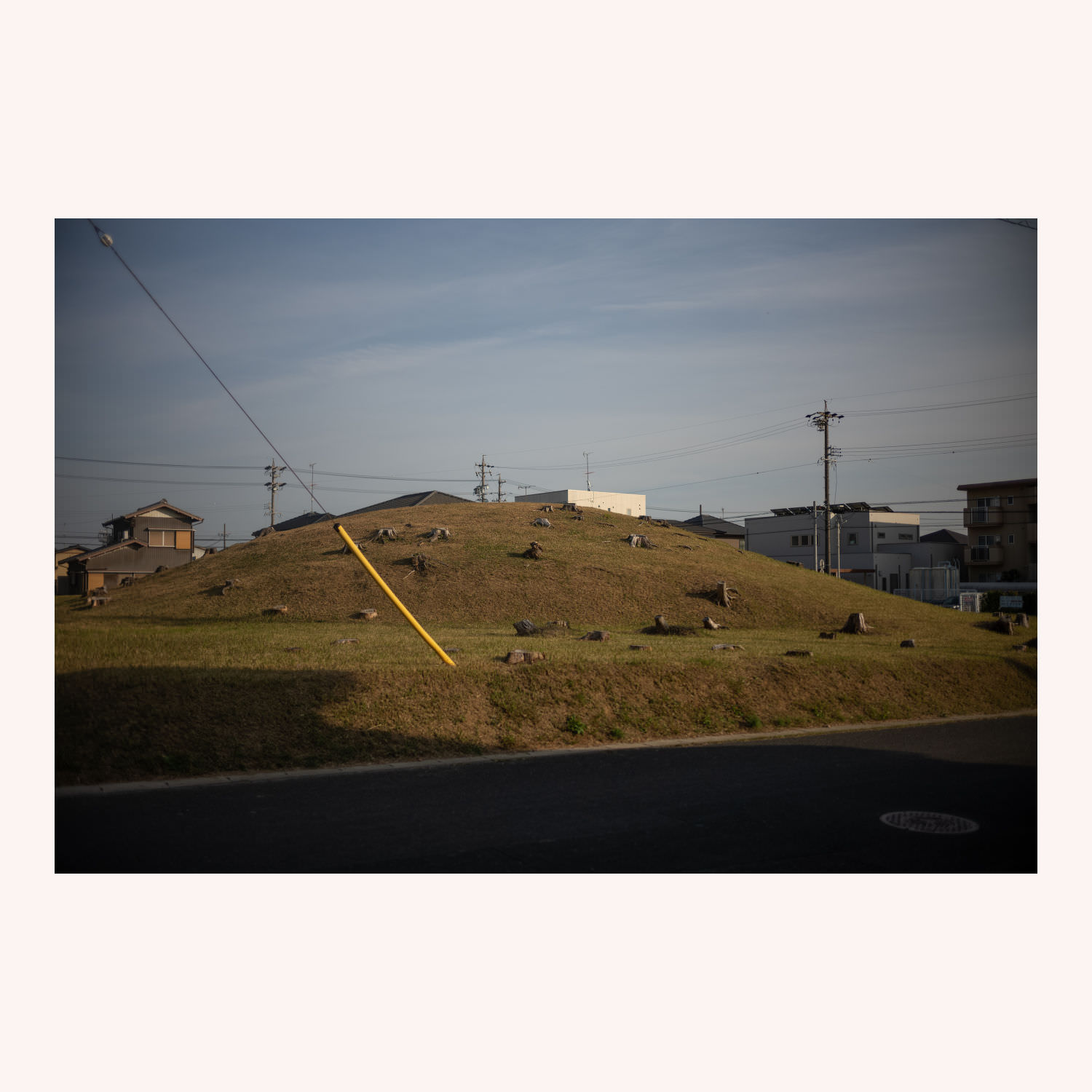 A Walk is a Platform for Creative Work

I often talk about walks as “platforms” or “operating systems,” but what does that mean? I spoke a bit about it last year at the Figma Config conference, and I’ll be talking about it a bit tomorrow (Wed, April 21, 2021, 10am CET) at the Stay Curious event with Elliot Jay Stocks. But I thought it could be useful to simply chronologically catalogue my work that has directly emerged from walks / walking in the past few years. Examples are the best pitches for a bigger idea? Something like that.

I went on my first “real” walk arguably 21 years ago when I hitchhiked across Japan. But my hitchhike buddy and I had no rigor or self awareness or understanding of the world. Just two wholly imperfect and fractured doofs fumbling our way forward, lucky not to have come out the other end maimed. And, obviously, it was mostly by car.

But in 2009 I hiked up to Annapurna Basecamp and that, I suspect, was the true genesis moment. Out came the now “hallowed” GF1 Fieldtest. The Annapurna walk itself had become the reason to use the camera, and the delight experienced via the object + hike demanded to be written up and formalized and shared. That review (looking back on it: it’s so simple!) took me months (!!) to knock together but was one of those “and then everything changed” moments. It showed me what an “object” from a walk could look like, and what kind of reach it could have. Because: What a heck of a reach it’s had. Strangers on airplanes have, after we introduce ourselves, told me that that article got them into photography, or someone pulls the camera out of their bag, and accomplished professional photographer friends have confessed that that article and camera set them on their pro path. Even today I get an email every few months about it. In the moment it proved to me that you could pay rent with Amazon referral kickbacks.

Then I moved to California for a stint. And didn’t really embark on a post-Annapurna “real” walk until 2013. It was then I was invited by my buddy John McBride to walk Kumano Kodo. That really jumpstarted things. From there, we spent two to three months each year walking parts of the Nakasendō, more Kumano, Tōkaidō bits and bobs and other short routes. I felt more confident — confident enough to take others on walks. Kevin Kelly and I did a chunk of the Kiso-ji, photographing along the way.

Finally, after a few years of lots of walks and great conversations, it felt like something should be captured from these activities. That the richness of the walks demanded — much like with the GF1 piece — some kind of form.

In 2016 Dan Rubin (and Wordpress impresario Matt Mullenweg) and I set off on an eight day (so long!!) Kumano Kodo walk. That led to the publication of Koya Bound. The original plan was a quick print-on-demand book, but, alas, in the end, we went full fancy-book book, ran a great Kickstarter campaign, launched at the Leica Store in Ginza, and finally sold out last year.

From there, Kevin Kelly and I started organizing group walks. We did Kumano Kodo (I knew it well by this point) with Hugh Howey (WOOL author), and then 100km of the Portuguese Camino with a crew of ten, and, similarly, a chunk of southern China with another great crew. We called them “Walk and Talks” and built each day of focused conversation around the very act of walking. We’d dine around a big table and synthesize late into the night. The result, I’d say, are a few of the most dense, wonderful weeks of gabbing I’ve ever had. No “objects,” per se, directly from these walks. But the influence of the conversations from those walks and those people is present in all my other work.

I then spent 2017-2018 working on some “big” walking pieces for magazines that ended up falling though. Which drove me nuts. So in 2019, in an effort to “own” my own destiny, I launched my membership program SPECIAL PROJECTS and along with that, Ridgeline — which came with a self-imposed weekly deadline to publish about walking. Since I had burned so many words the previous two years, I figured I could crank out a short piece a week. And it turns out — I could! This is issue 116. Which feels miraculous.

From the reaction to this walk-based newsletter I found inspiration to go on a “truly serious” walk — forty+ days of Nakasendō and beyond. In prep for that walk, I launched the SMS project, which turned out to be a great success (high engagement rate, instigated positive creative impulses). The experience of the walk itself was so overwhelmingly positive I pitched (and wrote) pieces — mid-walk — to WIRED and Eater. And, because walking 30-45km a day, writing two pieces, continuing to publish Ridgeline, and running the SMS project all at once wasn’t enough — I also started recording daily binaural snippets for the SW945 podcast.

That SMS project’s final form was a single book (print on demand). There was something embarrassingly profound about having that walk “in my hands.” It reminded me of the importance of giving “edges” to experiences and immediately made me feel like a dolt for not having done a book since Koya Bound, which, by then, was over three years old.

By this point the power of utilizing a walk as a platform to run experiments and drive creative work was plainly clear.

In December 2019 I went on a full Ise-ji walk (I had done part of it at the end of my 2019 Nakasendō walk). I continued to record SW945 episodes, and ran a members-only “Pop-Up Walk” during which I published near-realtime videos of a day of walking to a secret Instagram account (the final collated video is 2.5 hours long and available to members).

That Ise-ji walk was then codified in the form of mega-travelogue website. “Ise-ji: Walk With Me” was published in March 2020, just as the pandemic was entering uh-oh hairy mode.

All the while in the background — from November 2019 to April 2020 — I was scheming on how to transmute those Eater and WIRED pieces into a more “formal” object. Once again I reached for print on demand, but ended up choosing to — once again! — do the more fancy thing and work with a Japanese printer and produce as beautiful an offset book as I could muster. (The economics of print on demand just don’t work if you’re producing more than a few hundred copies.)

That book became Kissa by Kissa. In prepping for its launch, I realized that Kickstarter hadn’t changed much in the past four years. And that I had an engaged audience. And that — huh — actually, Shopify is a pretty amazing platform with pretty great dev tools. So I set about building a crowdfunding tool on which to run the Kissa by Kissa campaign. It worked great! So I cleaned it up and released it as an open source project: Craigstarter. (This was something I had not anticipated as emerging “from” a walk!)

Kissa by Kissa sold so well, and so quickly, and seemed to “unlock” so much awareness and attention around my work, that it completely reconfigured my sense of what “book-shaped objects” born from walks could do or be.

With Kissa by Kissa launched and printed (and reprinted) and shipped around the world (in custom boxes we had built to maximally protect the books) I set off on a thirty day walk connecting Tokyo and Kyoto along the Tōkaidō — the twin, costal walk to the Nakasendō’s mountain route.

This time, instead of using SMS, I ran a time-boxed newsletter called Pachinko Road, using boring old email and an Airtable form to “bring the walk” to sheltering-in-place folks on a day-by-day basis while collecting quick notes about their lives wherever they may have been in the world. The plan was to write “just a few hundred words” and send a single photo. Of course I ended up writing 30,000 words and sending a hundred images over the course of the walk.

And because the pandemic had stoked my video curiosities, I ended up recording 53 high-resolution 4k “windows” out onto the Tōkaidō as I spent my days looking at, and reading about, Hiroshige’s 200-year-old 53 woodblock views of the same road.

I also continued to publish a “new season” of SW945 — which is nearing some 100k downloads.

Entering 2021, considering volume of sales, I realized my books needed a more formal distribution solution. (Until this point it had been fairly ad-hoc.) So I moved all remaining stock to a proper distribution center in Osaka in anticipation of producing more books and prints later this year. That move took weeks of work, $800 in shipping charges, and about two months of emails.

In March 2021 I launched Huh: A Cafe with a View of the Waterfall — yet another newsletter which, truly (I swear), is just a sentence arriving in your inbox that serves as a link to a photograph. I’ve sent seven issues so far and writing huh each week has turned out to be one of my favorite creative acts of the last few years. It’s a blast and feels like we’ve unlocked a new way to engage with these walks.

As of April 2021 I have a thirty-day May/June walk all spreadsheeted and booked, and am working on figuring out the book-shaped form for last year’s Tōkaidō walk.

Oh, and I finally bought a museum-quality-capable inkjet printer with the intent of selling more signed prints. (Which dovetails with huh and is really a hack to force me to look more closely at my own work, make selections, refine edits, et cetera.)

Phew. There we are. An unpoetic, abbreviated, rambling “oral history” of how I’ve used walking / walks as a platform for creative work these past few years.

Hope to see some of you tomorrow.