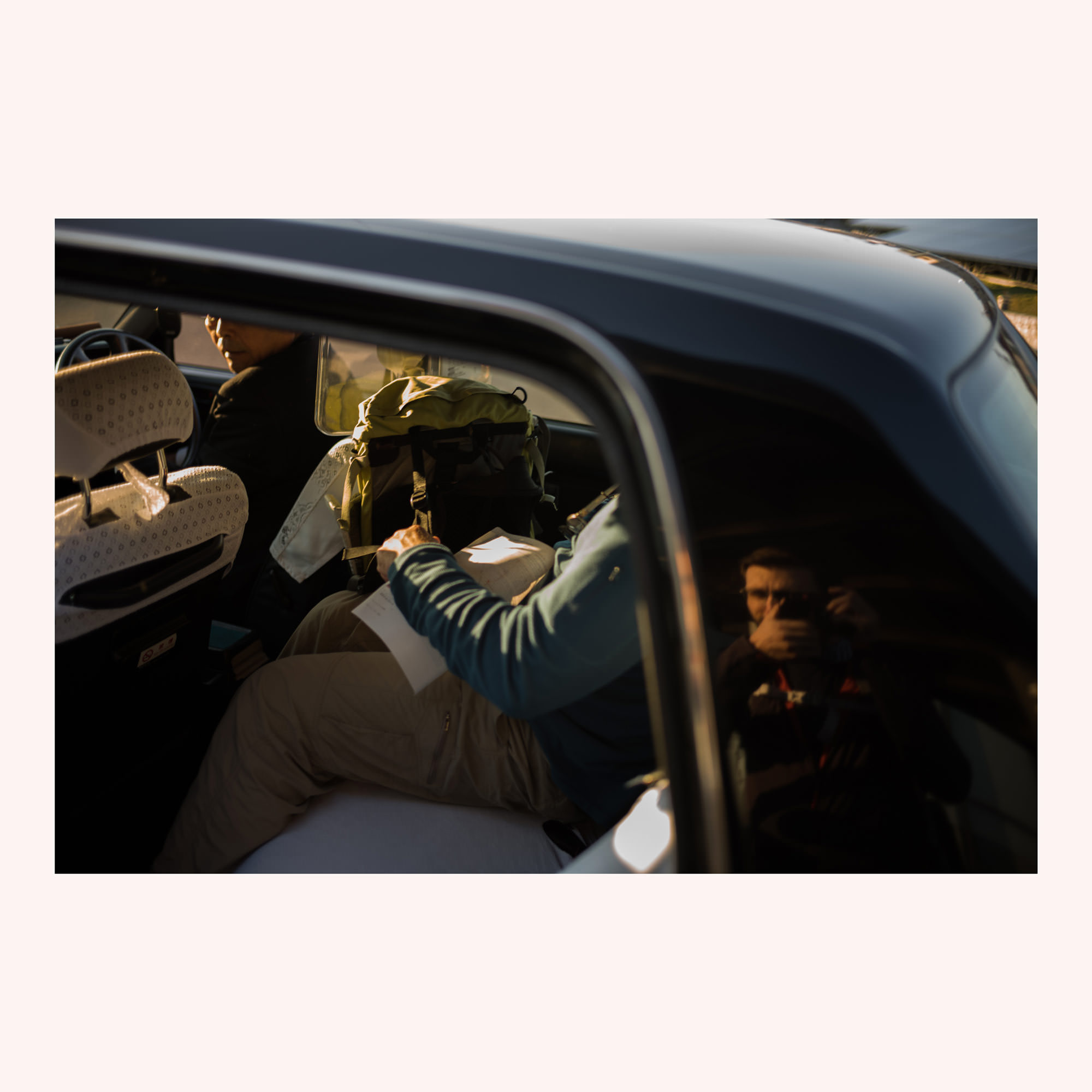 Several folks wrote in or sent photos of the Akasaka shack I wrote about last week. As fellow walker Eugene writes: “Craig, I’m happy to report that the shack continues to hang on :).” Thanks for the field reports! I rarely get to Akasaka and so was hedging my bets.

Walking podcast related news: I remastered On Margins episode 006 — “A walk in the woods with Craig Mod.” If you tried listening before but found it too quiet, give it another whirl. It sounds much better. (I think?)

And finally, if you dig Ridgeline and want to support this work / show thanks, I launched a membership program last week: SPECIAL PROJECTS.

Your support goes towards funding this newsletter and podcasts like ep. 006. And you get some goodies if you join, too.

Onward to this week’s transmission:

When I first arrived in Japan I truly knew nothing. Nothing about the language, the food, the history, the landscape. I was homestayed in the back streets of Shibuya and I didn’t even know what a “Shibuya” was, let alone it being a sort of Times Square-esque urban convergence point. When I think now about what I’ve discovered these last six years of walking, I wish I could somehow link up with that past self, Interstellar-like, push out a book from a library stack onto my nineteen year old feet, and say — Hey, these things, these walks, they exist.

I didn’t know about Shikoku’s circumambulation or the Tokaido or the Nakasendo. Didn’t know the difference between a shrine and a temple (Shinto / Buddhist). Didn’t know about Kukai and his lore, his little mountain-cradled UNESCO paradise of fecundity and crisp air and moss — so much moss — over in Wakayama Prefecture. Didn’t know this country had such a history of walking, and that so much of it was indelibly connected with literature and spirituality.

And so when a month-long February “spring” break came around that first year of university in Tokyo so very long ago, a friend and I didn’t decide to set out towards Kyoto on foot (which would have been so epic, life altering, I’m certain of it), reading old travel guides, struggling with translations, photographing it all with an anthropological eye, but instead we decided to hitchhike like two alcoholics from Tokyo to Fukuoka — across the entire country.

On sea routes, Robert Macfarlane writes in The Old Ways:

Each sea route, planned in the mind, exists first as anticipation, then as dissolving wake and then finally as logbook data.

And then quoting the writer and ex-coast guard Ian Stephen:

Each [route] is ‘affected by isobars, the stationing of satellites, recorded ephemera / hands on helms’.

What had my friend and I planned in the mind? Just idiocy. A Lonely Planet in hand, a love of Murakami short stories, and hope for adventure. The anticipation was great, filled with grand delusions, but sadly a logbook never materialized.

Not only did we lack a real plan, but we also lacked real language skills — even a basic introduction was still a challenge for me. My friend was a little more fluent, but together we struggled. We carried with us an old calendar, and each morning, on the back of a month, wrote in big, black, badly formed kanji, an ever more westerly destination. January took us to Shizuoka. March to Gifu, perhaps. And maybe August or so brought us over the Akashi Kaikyo Bridge into Shikoku in the trundling, tobacco-scented cab of a tractor trailer. Which is to say: To our delight and surprise, we were frequently and quickly picked up.

Invariably, we walked a bit between rides. Though never very far. We wandered the parks of Okayama at night because we couldn’t afford a hotel. Strolled the outdoor shopping streets of Kyoto bouncing from hostel to hostel. So when I think back on this trip it’s not walks that I remember, but people.

Of all the varied people — young and old, silent and loquacious — who drove us (sometimes selflessly, often selfishly, lonely, sad, wanting someone to talk to; or curiously, treating us like spotted owls; or suspiciously, not allowing us to touch their CD collection for fear we’d swipe a few) I distinctly remember one: A teacher, early thirties, five o-clock shadow, receding hairline. Hunched in a way that looked like he was punched in the gut a long time ago and never managed to straighten back up.

Who knows where he picked us up. There was no Strava back then. Somewhere in the middle of the country. Maybe in Shikoku? In Nara? Wherever it was, it was a nothing zone between destinations. I had never travelled anywhere in the world, let alone Japan-by-thumb, and so it all blurred, and as I said before, we lacked a good log.

In this nothing place, between frozen rice paddies, we stopped at a nothing donut shop along a nothing stretch of highway for a nothing snack. Our nameless driver didn’t say much, and we were too tired to force conversation. I ate a chocolate donut. He lit a cigarette and twisted its ash around the ashtray. Barely smoked, gently twisted the edge of the ash into the side of the hard-plastic tray as the cigarette burned itself down. It was a delicate act. It broke my heart. Those small details, other strange moments of stillness or kindness have stuck with me these past decades.

In the end he didn’t drive us onward from the donut shop, left us stranded at the rest stop. As we walked the highway shoulder and held out our calendar for a ride in the dwindling light, a family-stuffed car stopped and rolled down the window. They smiled sheepishly and stuck out a box. They had bought us donuts. Donuts all the way down. The little girls in the back giggled and waved, and my buddy and I continued down the highway, mouths full of sugar, happy for the food.

Who knows which isobar we walked that night. Is there a line of pressure between Tokyo and Fukuoka that we stamped out in the cars of strangers?

We slept that night beneath whirring satellites and stars. Our wake nearly invisible. Just some highway crumbs. The only recorded ephemera was our gratitude for the odd journey we had thrust ourselves into, a helm manned by the hands of kind strangers.

Until next week,
Craig

“I came from the shell of the mountains, high up … The thing you notice when you walk the coastal woods year round is this: the land wakes up in winter. “

“Childhood was a farm in eastern Rhodesia in the 1970s; blue African skies, red dust, wild animals and thunderstorms. And war. Armoured convoys, Hawker Hunter jets, Canberra bombers and helicopter gunships, learning to shoot with an assault rifle and seeing things that no 9-year-old ever should. It was a surreal and visceral time but I wouldn’t change it for the world. There was freedom too - that no modern child will ever have. Whenever I walk, it is that sense of childhood freedom that I am searching for.”

“There were two ever-present giants: the mountain obscuring the reception of our two television stations, and the sensation for which I only found the simplest of words. Life is waiting. Out there.”

“Growing up over three continents and countries, England to Malaysia to America, I saw myself grow from a boy to a man, but still question where I belong most and to whom I belong”