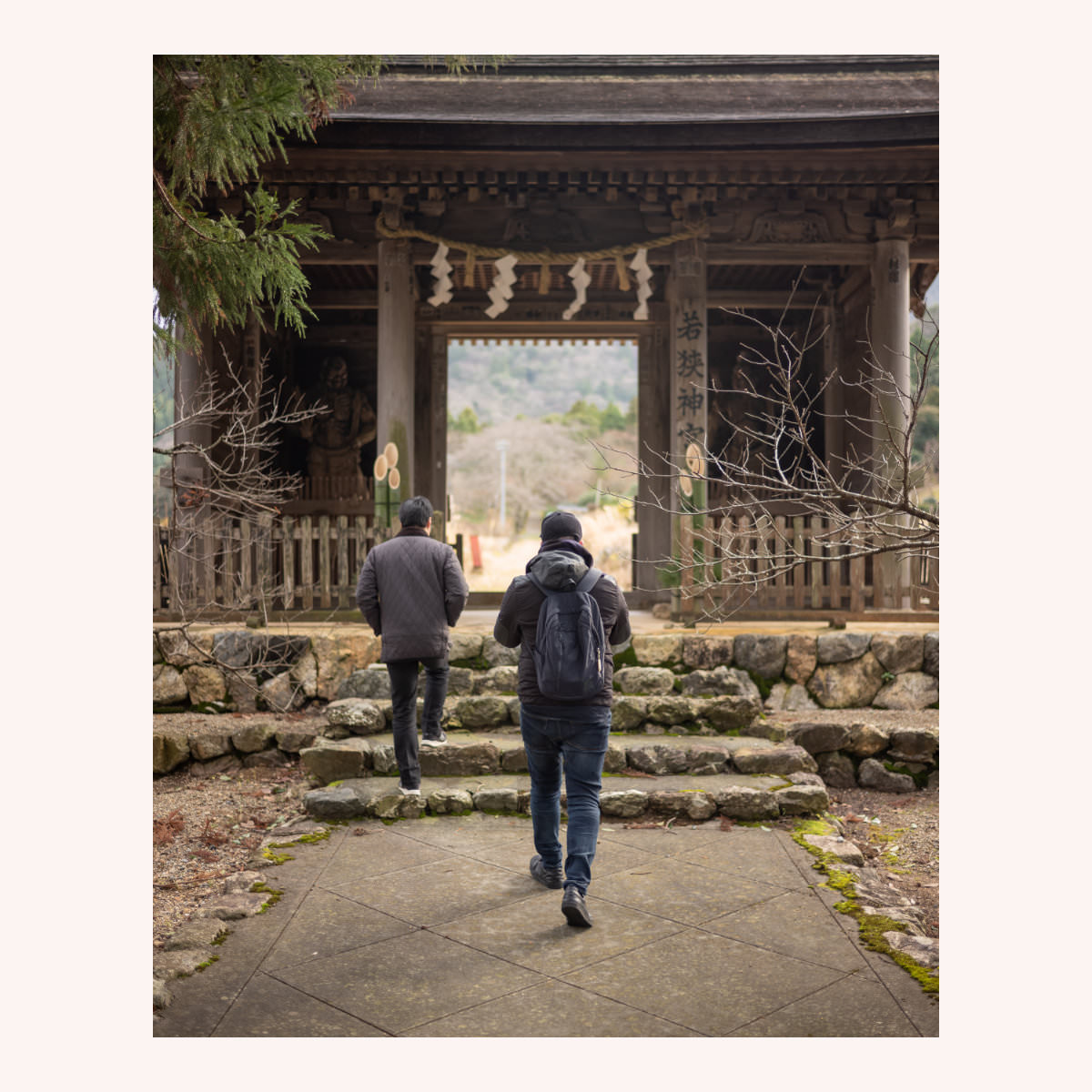 2020 began with an invitation — as a paid job, although they aren’t paying me to write this — from the tourism bureau to visit Obama City in Fukui Prefecture. The brief was essentially: “We think Obama is brimming with potential, but don’t know how to get more tourists to visit. Come for three days and we’ll pay you for strategic feedback.”

I went. Actually, three of us went: a Japanese poet (Bin Sugawara) and a Michelin starred chef (Jérôme Quilbeuf) and me, a whatever I am. It was an odd and lovely crew. Obama itself was freezing, a kind of bone-biting damp cold, but also extremely compelling and, indeed, “brimming with potential.” We saw a seventy year old man fall off a log into a river and forced him to strip as we re-clothed him with our own dry hiking gear (“I’m fine! I’m fine!” he said, sopping wet in near zero degree air), and we ate two year old fermented mackerel (and didn’t get sick!). We met a hippie Buddhist priest and meditated in the 700 year old hondo main hall of Myotsuji Temple. A fisherman at the morning market was convinced his friend was my father, pulled him over, made us pose together. Everyone was falling over themselves with rural kindness, and the food portions were bananas. We saw zero other tourists — not even Japanese tourists — and the whole experience made me think about sustainability, tourism and what it is that makes someone say: Hey, let’s go there.

The poet had worked on another job — a rebranding / revitalization job for Kinosaki, an onsen (hot spring) town somewhat close to Kyoto. The project was spearheaded by “book coordinator” Yoshitaka Haba, who has run his bookshop design / publishing company, Bach, for over fifteen years. Bach (which is pronounced “BA-HA” in Japanese, i.e., “Haba” backwards) — somewhat randomly — was the Japanese distributor to first buy and distribute some of the early books I worked on, oh so very long ago. The branding Haba and Sugawara landed on for Kinosaki was “Books & Onsen.” And they went on to produce a series of books based on the literary history of the town. It was a hit and visitors multiplied several times over in the past few years. I mean, who doesn’t like the idea of books and a hot bath? Essentially, they created an easy to understand hook that minimized decision making friction for potential visitors.

I try to be exceedingly mindful about what I mention in this newsletter. If I’m writing about a shop or location, I have either confirmed that mentioning them is OK, or the place is so onerous to reach that few people would ever dare to visit. This is because I recognize the burden unwanted tourism can bring. Even the Ise-ji, which I walked in December, had a section where locals had spray painted “ANTI UNESCO!” on the trees. But that was from 16 years ago, when they were gearing up to receive World Heritage status. They got it, but didn’t have much to worry about — although the Ise-ji is part of the Kumano Kodo, almost nobody walks it. Instead, nearly everyone who walks the “Kumano Kodo” heads straight for the Nakahechi.

Why? Because Tanabe City of Wakayama Prefecture nailed the branding. They invested in infrastructure (inns, signage, English booking services) and web presence such that when you search for “Kumano Kodo,” you mainly get links to Tanabe city’s website. They constructed — on their own — the mental connection of Kumano Kodo = Nakahechi, even if those walking it have no idea what the Nakahechi is. (To give you a sense of how big the full Kumano is, the Nakahechi can be walked in a few days; all the routes of the Kumano Kodo would take over a month, a few might even kill you.)

Tanabe and the inns and villages along the Nakahechi are fine because they opted into the rich pull of tourism. But Kyoto, for example — especially the Gion area and many of the east-side temples — is slammed, gutted, unwittingly transformed. As are some neighborhoods of Tokyo. Which is a shame because Japan has so many incredible “second tier” cities with rich histories, culinary quirks, and national treasure certified pieces of architecture, that to come to Japan and visit only Tokyo and Kyoto is to miss so much. (And to miss it while fending off a million selfie sticks.)

Before this past weekend I had never been to Obama City. I had heard of it, though: It’s the start of the “Saba Kaido” or historic “mackerel road” — running 80km or so (18 “ri” mile markers) from the coast to the old capital city, Kyoto. You can walk it today and, in fact, Paper Sky magazine published an issue in 2017 about the route. We walked about 5km of it — that’s where one of the men guiding us fell into the river. I plan to walk the whole thing at some point this year — it’s a quick four day jaunt, with a few decent climbs in the middle, abundant in history.

Mackerel — its physical presence, smell, economy, historic ghost — seems to be everywhere in Obama. The city is particularly known for its fermented saba dish called heshiko — where mackerel are gutted and drained of blood, washed and then doused in nuka vats for up to two years. The fish are then removed, thinly sliced, served up as a kind of dry sashimi with notes redolent of cheese, or grilled, turning it into a funky fish-jerky, with an intense salt kick. It was weirdly yummy.

In the end we gave the tourism folks of Obama plenty of ideas. “Saba & Meditation” was one a few dozen, obvious — if odd — combos. It’s a great city for biking, the morning market was a blast and intimate. We stayed in a converted Japanese home in the old geisha district. The mountains on the south side of the city are rife with temples and shrines and matsuri festivals year-round. It has an extensive museum on the history of Japanese food with the most hypnotically beautiful replicas of various dishes I’ve ever seen, and an attached student kitchen offering cooking lessons.

I’ve recently written about depopulation’s effects on culture (and you thought you were “just” reading about pizza toast!). And the workshop I run each year with Jan Chipchase is deliberately in a remote, rural area.

The reason being: Getting folks away from Kyoto and Tokyo often blows their minds. And infusing the countryside with cash is a great direction to funnel tourist bucks. And so usually I recommend Kanazawa to visitors looking for options beyond the obvious. Now I can add Obama — especially knowing they’re eager for fresh faces. Kanazawa and Obama are both coastal cities, abutting the plangent Sea of Japan, connected fairly easily by train. It’s worth considering Obama as a one or two night stop between Kanazawa and Kyoto, or Kanazawa and Naoshima, as part of an unorthodox but gently adventurous itinerary. As of now, you’ll have the city largely to yourself, and the locals are exceedingly keen to make you feel welcome.

In general, this might be a good strategy for 2020: Veering off course just a few degrees from where the crowds are congregating. You may get to save an old man or two, or even refresh your stomach’s microbiome with some very old fish. 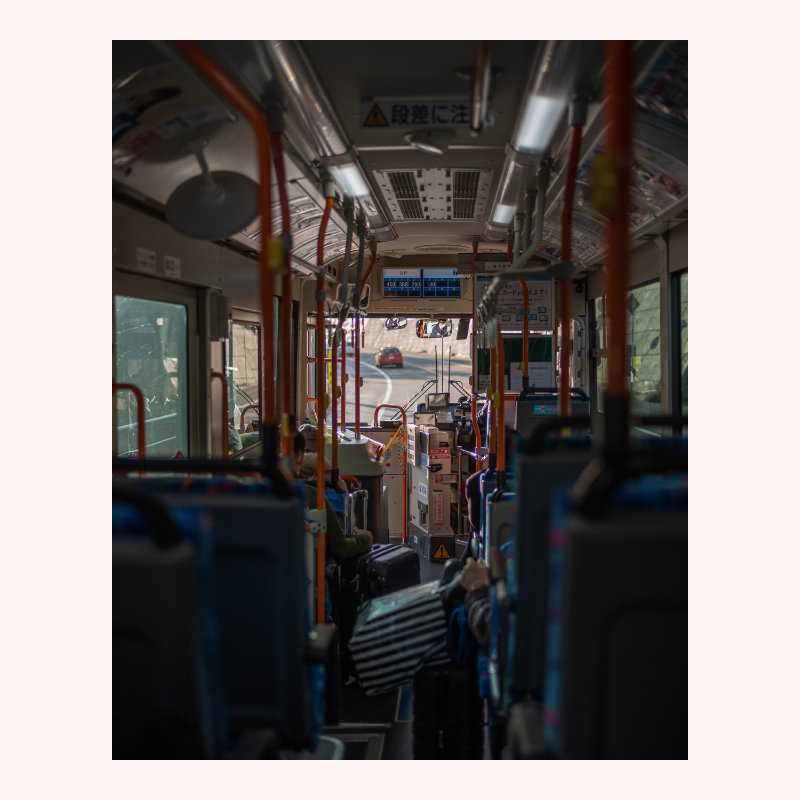 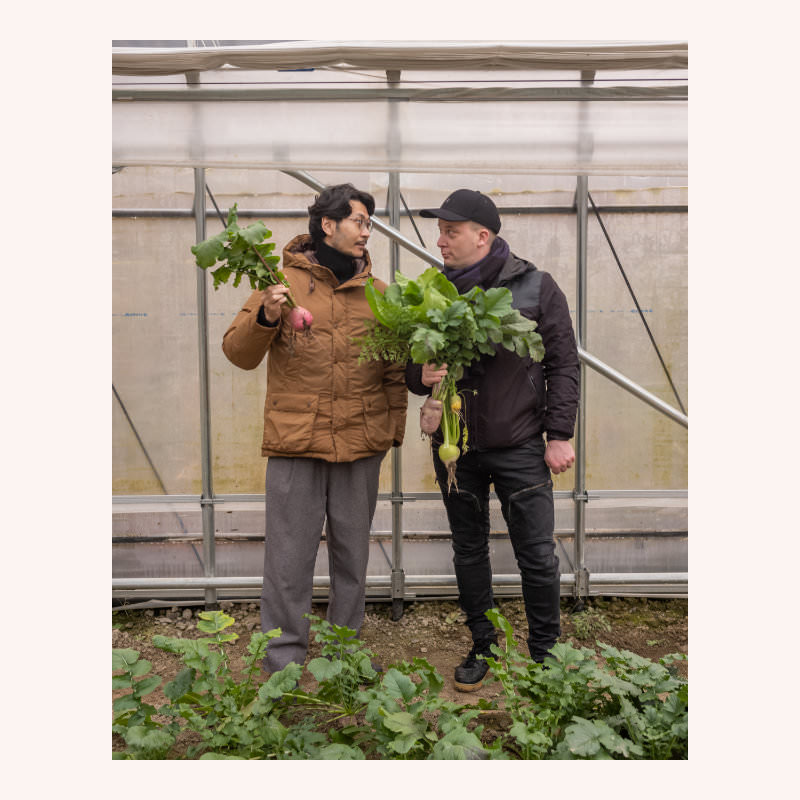 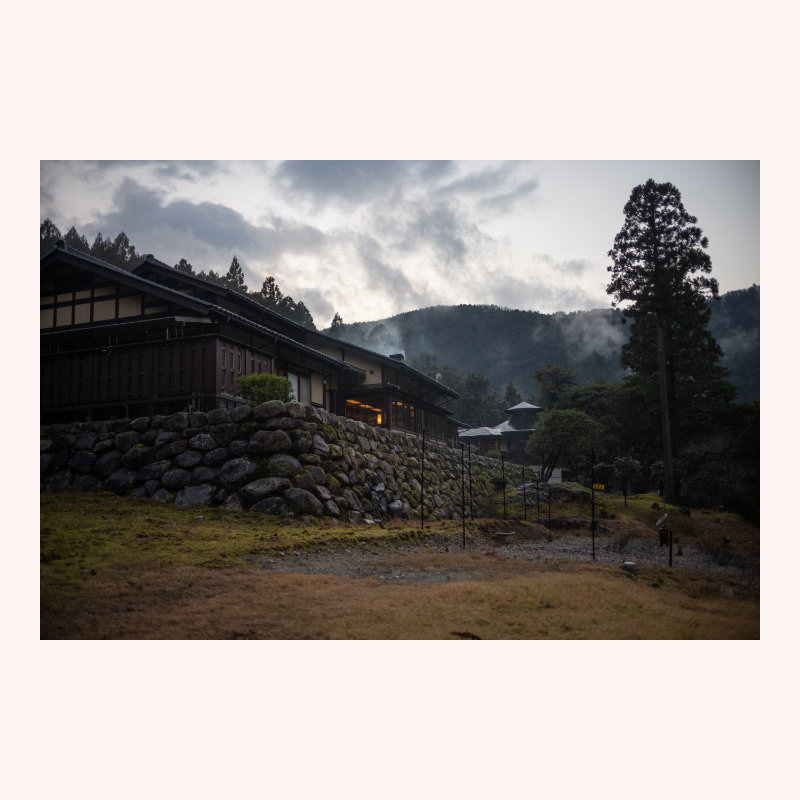 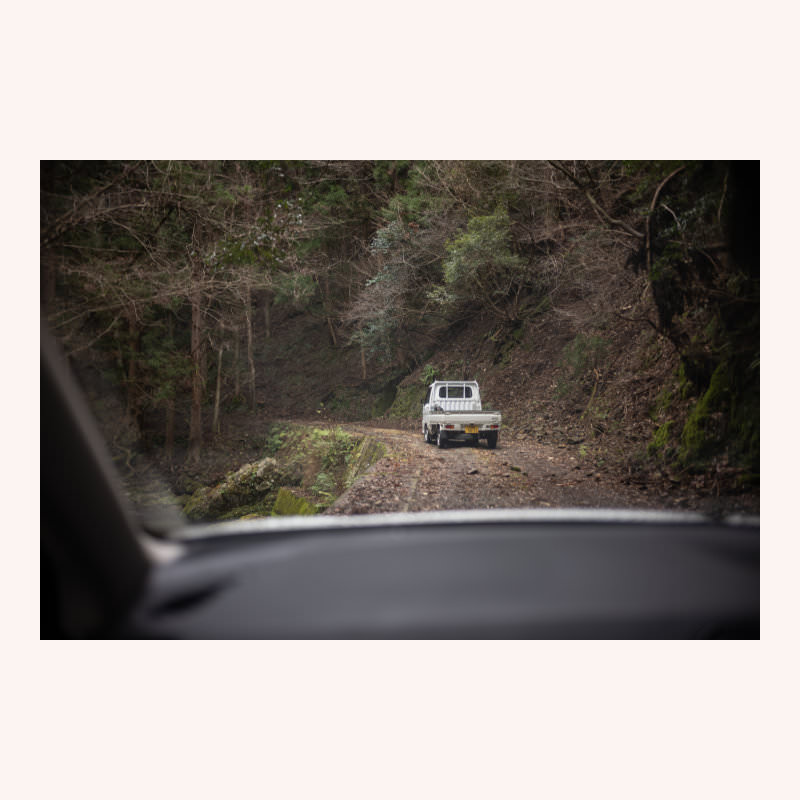 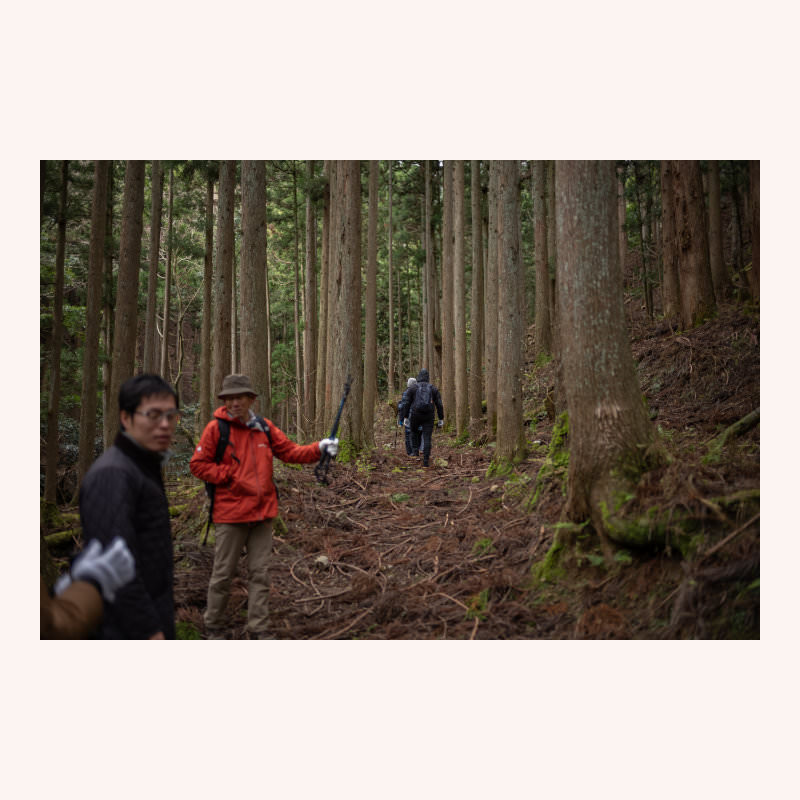 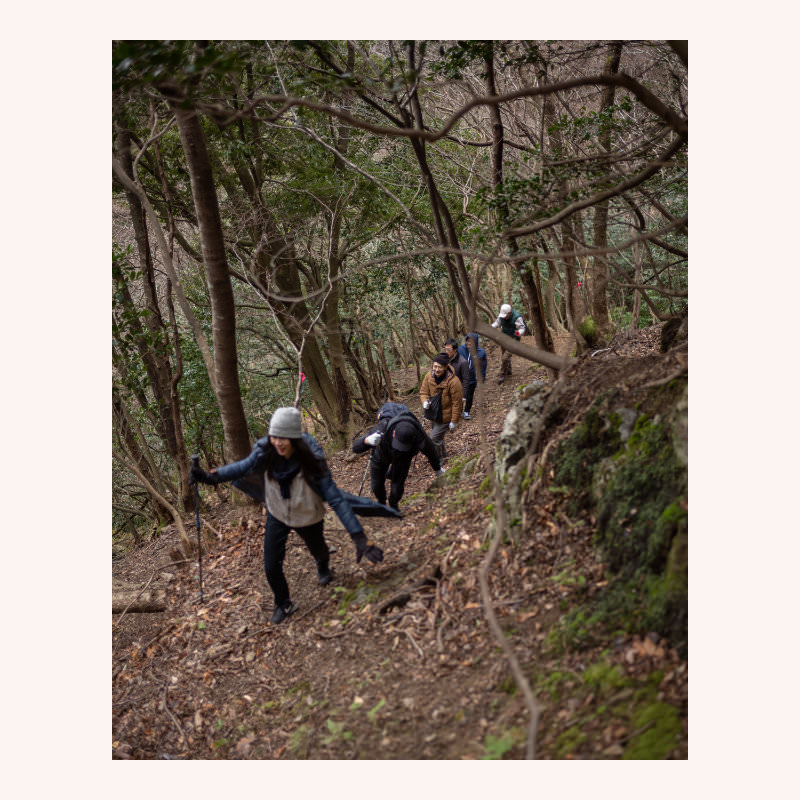 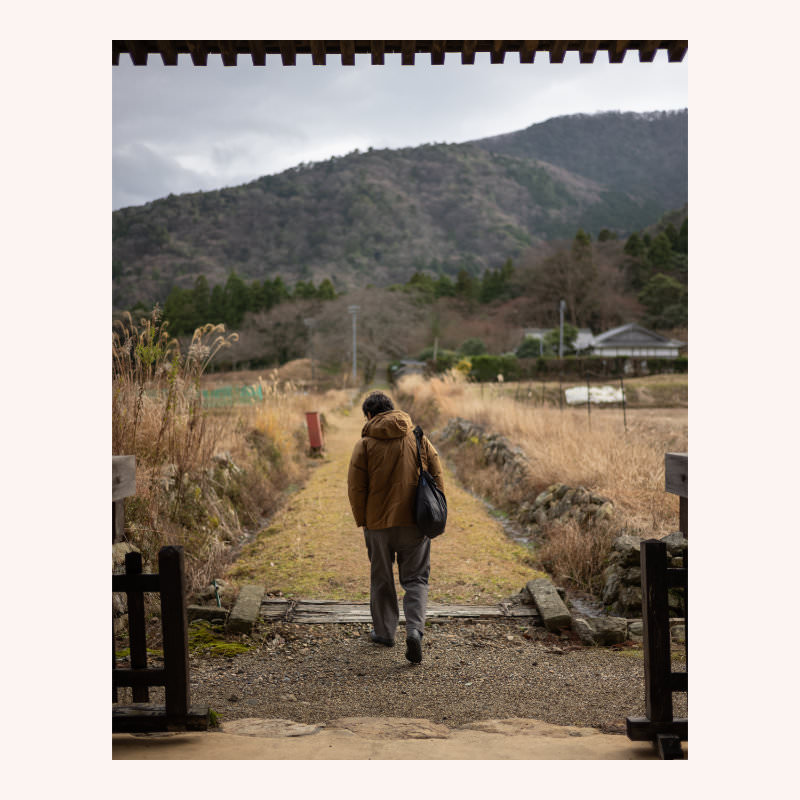 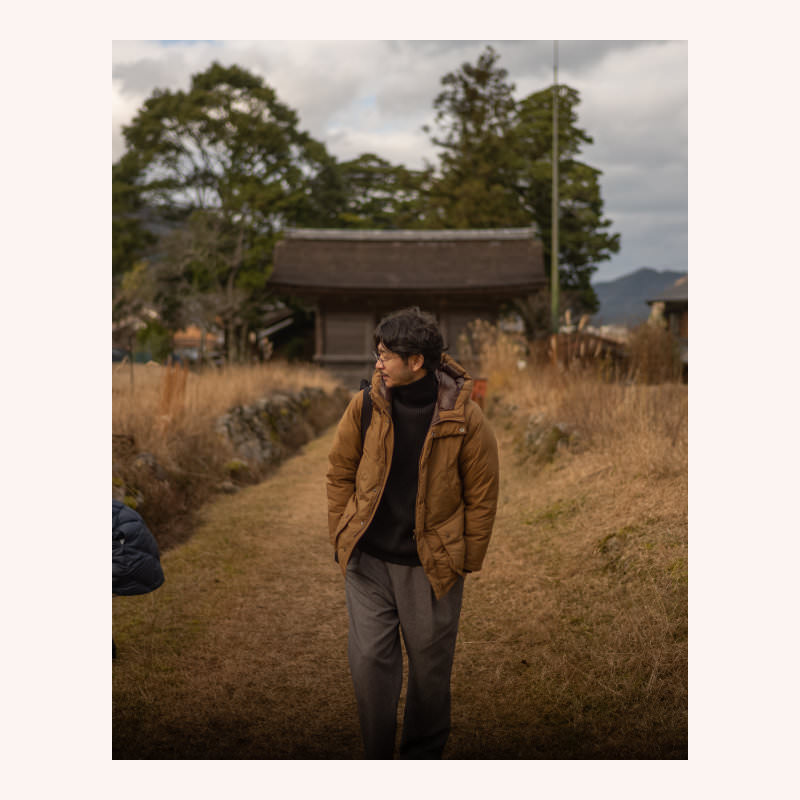 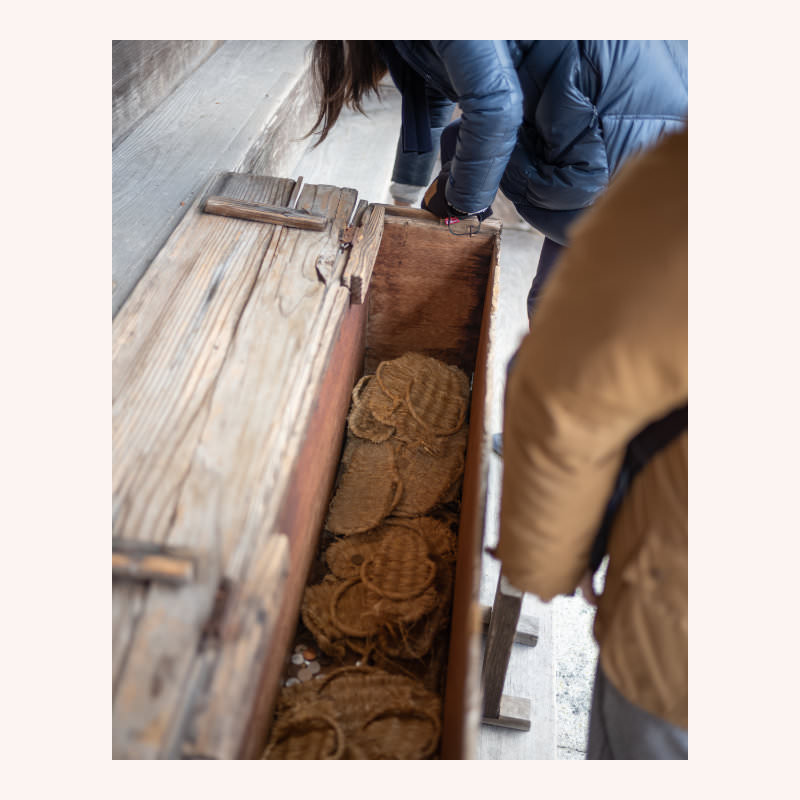 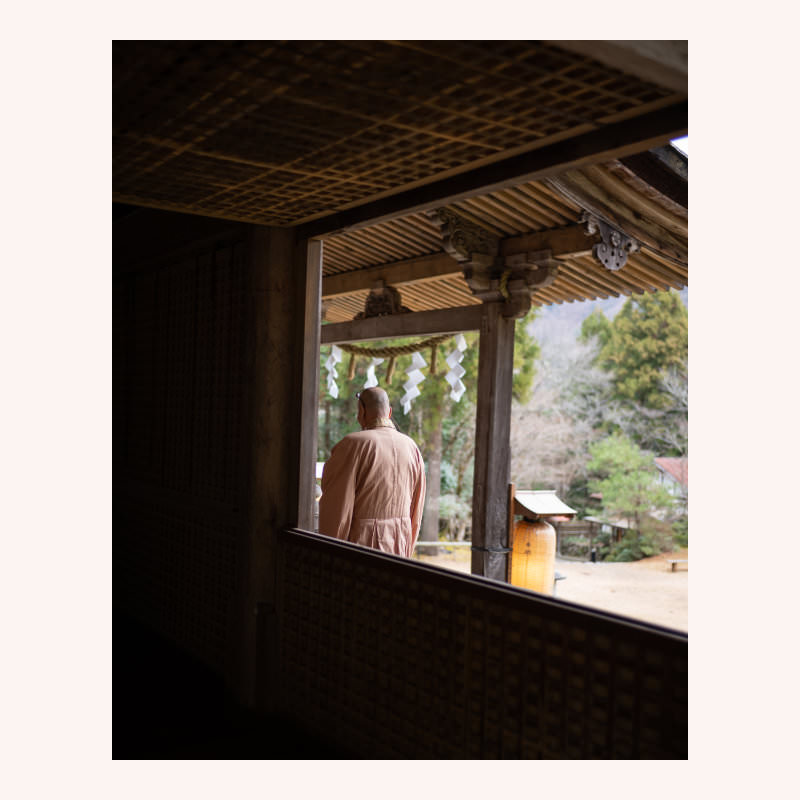 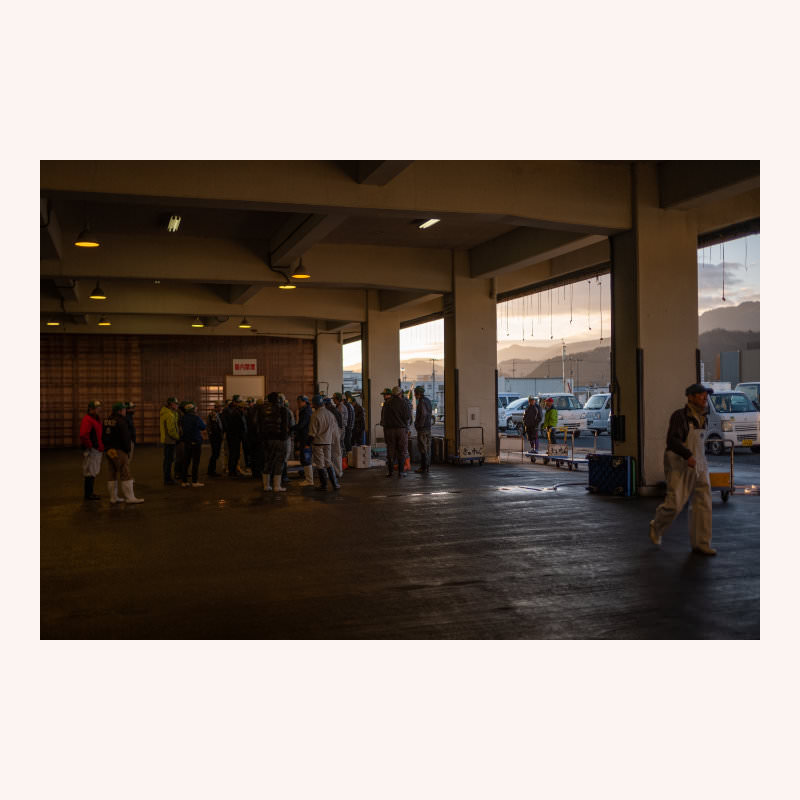 “Cracked from the granite of the Housatonic watershed of NW Connecticut; walked the Hachijuhakkasho in 2018; plan to walk Shodoshima in May of next year. “

“Idaho was home for the first
Twenty-two. Then half
In Seattle. Now New Zealand
For a few. “

This essay is from the Ridgeline newsletter, mailed out January, 2020. Thoughts? Email me@craigmod.com.