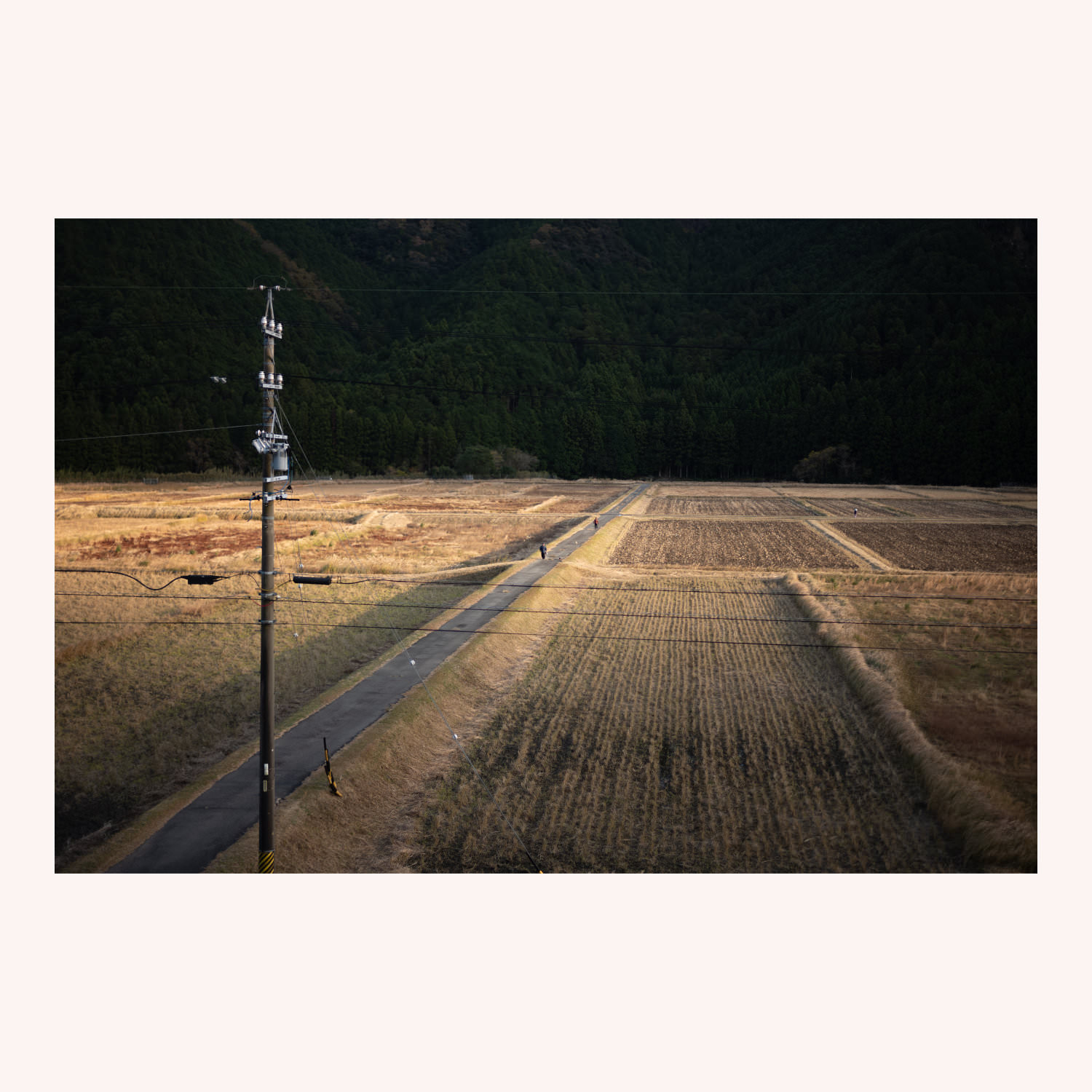 Do you drink? he asked. He was 70. Spoke haltingly, like he had maybe suffered a stroke, though drove confidently down the pitch black mountain roads. He was taking me back to his bed and breakfast after my day of walking and a pit stop at the local bath. Dinner was on his mind, and so: “Do … you drink?”

And then after a few seconds: “Wait, do you … drink beer?”

“Not really, sometimes, I mean, I used to drink tons.”

I think I broke his heart. I think he wanted a drinking buddy. His wife cooked up enough food for four people. I know this because she said: “I cooked for four people.” I was the only one staying there last night, the only one eating. Her philosophy seemed to be that cooking for four people was the same as cooking for one. I’m not sure how she squared that. She offered me a spread of about 20 pieces of tempura. A hot pot that could feed a sumo troupe. Tofu. Pickles. About 4kg of rice. I felt horrible — I barely dented the thing. They kept saying, “Get fat! Get fat!” I think they were cannibals.

The water from their well, I must say, was superb.

The last two days of the walk have been fuckin’ grand. 32km the first, 30km today. My body is confused — what? this again? (Yes, but not quite as long.)

I now fully believe my usual spiel that the best time to visit Japan is from November until the end of the year. It’s such a good hack for Americans — come during Thanksgiving: Nobody in Japan or Asia or Australia or Europe has a Thanksgiving holiday, so the tourist spots are relatively quiet, the weather generally sunny, the skies blue, the temperature fine, easy to survive with a knit cap and sweater and jacket.

The sunsets these past two days have been psychedelic — kaleidoscopes of backlit pastels. I’m walking north-south and so I have a front row seat to the Monet sky-churns as I come down off the mountains. I’m that dingdong whooping out loud all alone in the woods.

Tomorrow (Dec 4, 6:30am Japan Time, Dec 3 for most everyone else) I’m running Pop-Up Walk 001. Become a SPECIAL PROJECTS member to get access to the secret Instagram account. I’ll be sort of semi-live-casting the walk, fielding questions in real-time, et cetera. Members get an email in the morning with the account link.

Oh, with this walk, season three of my “binaural ambient podcast” (I swear I’m not trying to be a parody) — SW945 — is underway. Tune in over on Apple, Overcast or elsewhere.

The wife of the bed and breakfast asked me if I wanted western or Japanese style breakfast. I knew I’d be served Japanese for most of the walk, so I chose western. She baked me five loafs of bread. She couldn’t believe I didn’t eat them all. The husband kept gesturing me to rip them apart and shove them down my gullet.

Just as I had them wrap up 98% of the bread, a young woman in her mid-thirties appeared out of nowhere. Kinda, floated into the room. This was a shock: I didn’t see a single person under seventy the previous day.

“This is our daughter,” the wife said.

“Hello, nice to meet you. Your parents are trying to murder me with bread.”

We chatted for a little bit, but I had to get walking.

As the husband drove me down off the mountain back to the Ise-ji path, he said, “She’s not … our daughter.”

Suddenly with more fluency: “She just appeared, seven years ago, was wandering the country, needed a job, somehow … found us. She is not a daughter but like a daughter. Time passes, and that’s what happens. Things become … other things.”

“As I spent a year traveling and working in New Zealand, I wondered at the mountains, the sheep, the lupines, the ocean. Yet, I always carried with me woodlands, flat lands, purple coneflowers, and cornfields, my native Midwestern United States. I returned home to find that New Zealand also is home, and so the two places become one as I see clouds that look like mountains and snow blankets that look like sheep.”

“I was raised walking in the hills of North Wexford, because it was the only way I could get anywhere there. I knew every hill and hedge and wood and copse and field and stream for miles. Now I live in Dublin-adjacent suburbia, where there’s less walking but sometimes more to see, and I still escape regularly to the hills and the woods. “