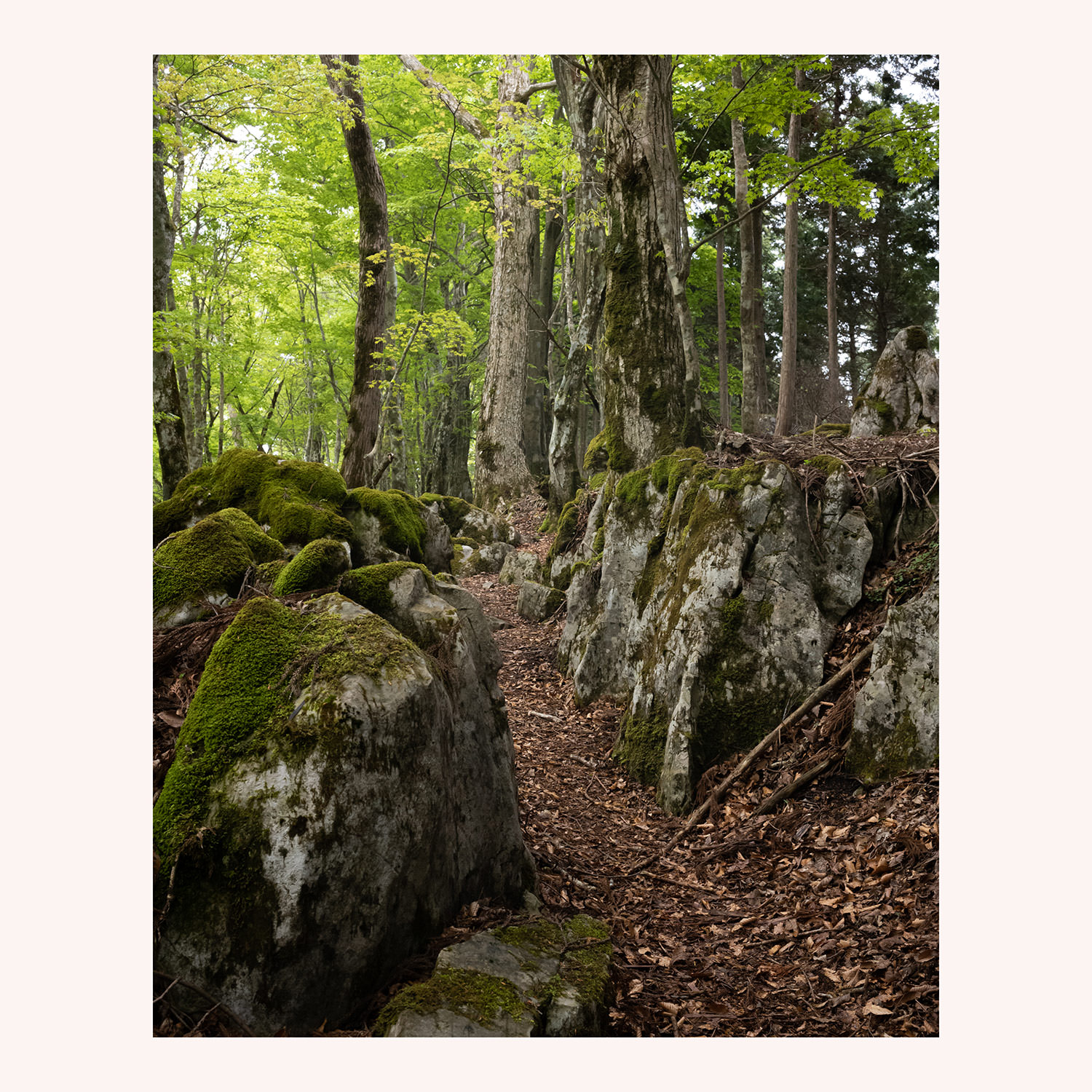 Recharged in Kyoto. Shiatsu massaged into jello. Shaved my head. Ready for some mountain time.

Today, I began a walk down an old route in Nara Prefecture. It’s a branch of the Kumano Kodo, but with very little infrastructure, and so you need to camp / mountain hut sleep most of it. This means I’m carrying five days of food, lots of containers for water, and about 300g of ground coffee (there’s three of us!).

I have a … complicated … relationship with this walk. Last year I walked four days of it in a kind of “draft” walk — checking out the hut situation, where water was located, things like that. Everything was going fine until the end of the third day.

We had miscalculated time and distances. What we thought would be an eight hour walk ended up taking almost twelve. I was tired, but that’s no excuse. My friend was ahead of me. We were eager to find the night’s hut before it got too dark. Maybe I was rushing a little. I certainly wasn’t paying close attention to the path.

You see, this path is not for fair weather walkers. In fact I can’t recommend it in good faith to anyone. It’s too dangerous. It’s an ancient mountain ascetic (shugenjya/shugendo) training route which has been in use for the better part of the last millennium. Parts are off limit to women for “religious reasons” (that’s a whole ’nother Ridgeline in and of itself; it’s the one thing about this walk that boils my blood). Most of the path — outside of a few bits groomed for day hikers — is raw, under-maintained, very precipitous. Lots of narrow ledges, steep ridgelines. Scrambles up and down rock faces with chains.

But it’s gorgeous. One of the most beautiful walks I’ve done anywhere. So it’s very seductive. And on that third day last October I was seduced and exhausted. Much of the path — the very thin, very crumbly path — is lined with sassa or bamboo grass. In a way, it hides the path’s true edge.

One of the first things I tell anyone who walks the mountains with me — stay on the inside. Always watch your step. Stay away from the edge.

It sounds obvious, but it’s amazing how many nudniks have spills because they walk too close to the outer edge.

Well, last year I was a nudnik. And the drop from the edge was about thirty meters straight down. And at the bottom of that drop was a pile of boulders that once, maybe, has been on the floor of the ocean but now were simply jagged spikes.

The sassa was thick. I was tired. It was twilight and beautiful. I didn’t watch my step. Suddenly I was flying over the edge.

All I remember is that I knew this was the end. A sort of: Huh, that’s dumb, kind of full-body sensation of Darwinism in action. Everything — legs, torso, left arm — was off the path, over the edge, falling backwards towards the very pointy rock garden below. But I reached out, desperately, with my right arm. At that very part of the path, there happened to be a thick root of a nearby tree jutting out. Perfectly shaped, perfectly sized for my gloved hand to grab it. I was carrying a full pack and the momentum of all of my weight going over the edge was almost enough for me to lose my grip. But I didn’t. And I hung there — a true Indy Jones moment — for five, ten seconds. The sense of a dumb death lingered. Those were ten very opulent seconds.

I pulled myself up. Looked down. And, shaking with adrenaline, caught up with my friend.

I’ll pass that same point again in two days. I’ll photograph that root. In the moment I was too frazzled to do so. I think it deserves a little thanks.

“I am a product of colonialism. Born and (partially) raised in a modern western city in an eastern setting, during the period when citizens preferred second class status over its Communist motherland, the pursuit of identity and belonging always looms large in my life. My family lived next to the Victoria Peak when the city was still a British colony. Climbing up the mountain and viewing the cityscape from the top remains one of my fondest childhood memories. “

“Childhood and youth spent walking and running our 18,000 acre Western Australian cattle farm with a gun and a dog. An adulthood eschewing all sports, but walking, walking, walking. Favourite walks: waking up in a strange foreign city before dawn and walking (mostly) without maps until a weary reflective dinner after dark. Or setting out across farmland in the late afternoon with rabbit-obsessed terriers and walking as the moon rises and the air cools until the mind is quiet enough to accept indoors again.”

“I’m from that long, sad forgotten borough of New York: Staten Island. If you’ve ever wanted to visit a place that feels like a planet trapped in the snare of a stars gravity, come visit. You’ll feel a little tug pulling everyone and everything towards “The City.” Even still, it’s a place that drips with its own history, if you care to look: you can still find ancient dutch toponyms from the New Netherlands colony; you can walk ghost-haunted Willowbrook, where an infamous asylum once stood; you can see the spot where General Howe landed to reconquer America; or visit the candle shop-turned-museum where Garibaldi came in exile after revolutionary failure. It’s not Manhattan(by any stretch), but it has its own charms, if you can learn to stomach the people.”

“My shell was also rural and harsh. It should seem like home when I return, but it feels more and more distant. Home is the now place I left for two decades ago, but really could be anywhere that has similar values and opportunities.”

This essay is from the Ridgeline newsletter, mailed out May, 2019. Thoughts? Email me@craigmod.com.