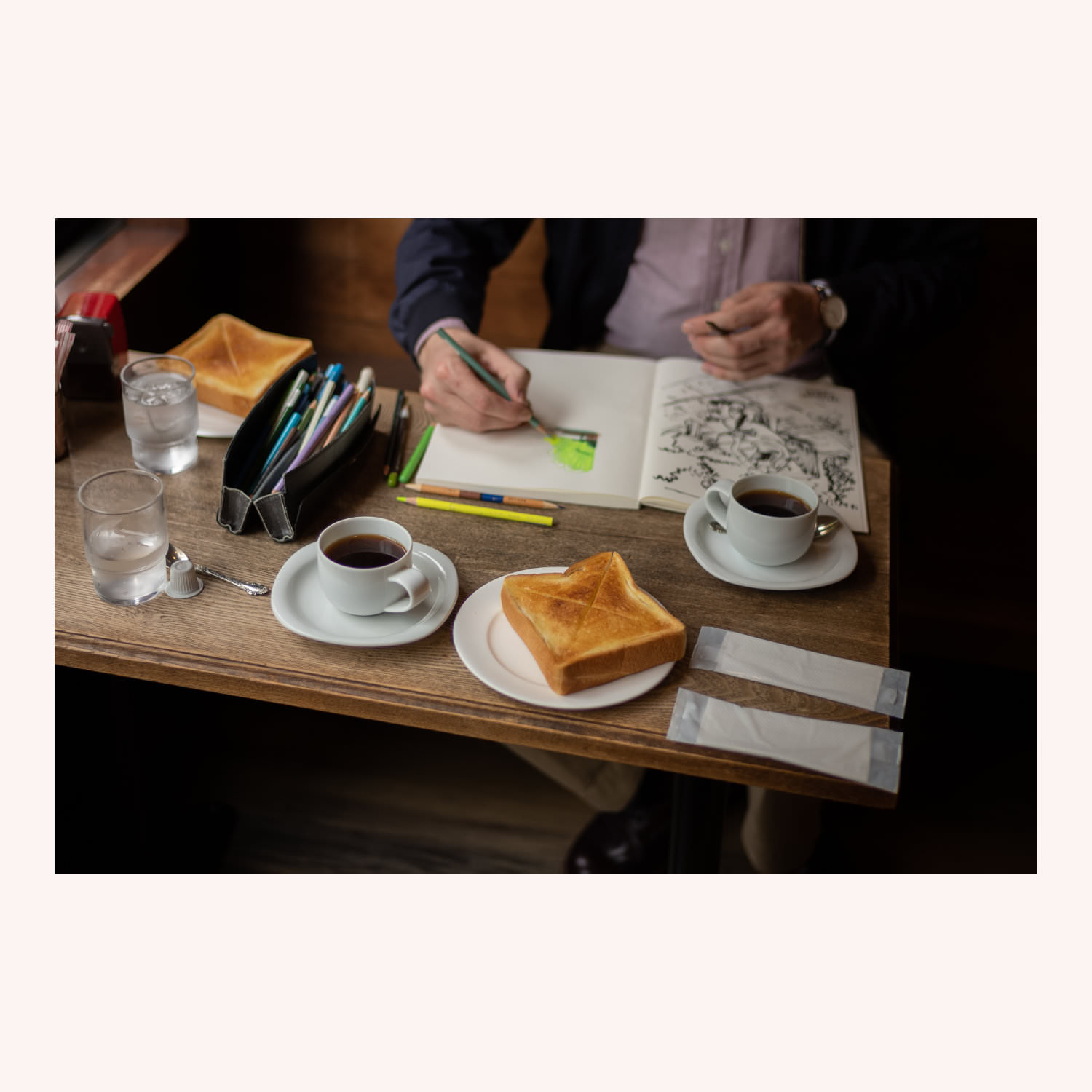 My Kingdom for Bread

Bios are running low! We’ve got one left. Seven weeks left in the first year of Ridgeline. Can we get snag seven more short walker bios? Would be nice to have a little bit of the readership in each one for no other reasons than seasonal completionism. Just reply to this email with a sentence or two. Brevity is godliness. Don’t overthink!

Onward, to this week:

I am planning a walk. Liftoff, December 2. Not as long as expected, but a solid eight days. (The long-long one has moved to January.) So I am making many phone calls. I am talking to old women on shoddy phone connections. “Oh, you’re a foreigner?” they say after some time, when I tell them my name and they can’t figure out the Chinese characters for it. “Are you from Osaka?” No, Connecticut. And then: “Well, do you want the rice breakfast or the bread breakfast?”

Folks mistakenly think only new walks are good walks. But the best walks are rewalks. This is obvious once you’ve completed a few. Having walked a path once, you have seen almost nothing. You have looked too frequently at the map, or worried about direction, campsite location, inn coordinates, et cetera et cetera. You may find cool stuff the first time around, but experience shows you’ll find weird stuff the second.

Walking alone vs. walking in groups: Even a single extra person changes everything. You have gone from a point to a bubble. From a single floating consciousness to a galloping otherness. I like walking with the right folks, but walking alone is when my eyes and ears truly wake up.

I’m re-walking the last part of the big spring walk. Re-walking it backwards. North to south. And then I’ll be re-walking / driving it once again at the end of February. Why? So I can tell you all with abject certainty how wonderful it is or isn’t, and given just a few days, which parts will elicit maximum delight. Likely, this will not be enough re-doing. And so I hope to walk it at least once again next year.

I wonder if the old woman in her head scarf will be on the road, the one who asked: You been fishing, boy? Like I was a local and we were in Alabama. When she realized my sticks were hiking poles, not fishing poles — a story of her childhood and mountain passes and sick brothers.

I wonder if the old drunken fishermen will be by the abandoned docks, the ones just outside the mountain pass. “Hey, bitch, this your rope?” they asked as I descended from the woods, wide-eyed and full of joy and wonder and the lightness of being at the opening up of the forest to the boundless ocean. What? “This your rope, bitch?” They oozed a violence I later understood to be shame. They wanted to steal the rope and I had appeared mid-theft.

Some unsolicited advice: Given the choice, always take the bread breakfast. The toast will be superb. You may think: I’m in Japan, I should eat the rice breakfast. Well, believe me: The rice breakfasts will be plentiful and abundant and you will be so sick of them that on any given moment where you had a choice, and chose rice over bread, you will wake up that morning and lament: Oh, what have I done; bread! my kingdom for a bread-based breakfast!

“I am a Saunterer.
but I wasn’t raised as one.
I was raised in the car cultures of Mexico City, Las Vegas, and Houston.
I was 17 going on 18 when I moved to New York City. It’s there that I was reborn.
I discovered the city sauntering from one neighborhood to the next. With no real sense of direction or purpose other than to walk.""

This essay is from the Ridgeline newsletter, mailed out November, 2019. Thoughts? Email me@craigmod.com.