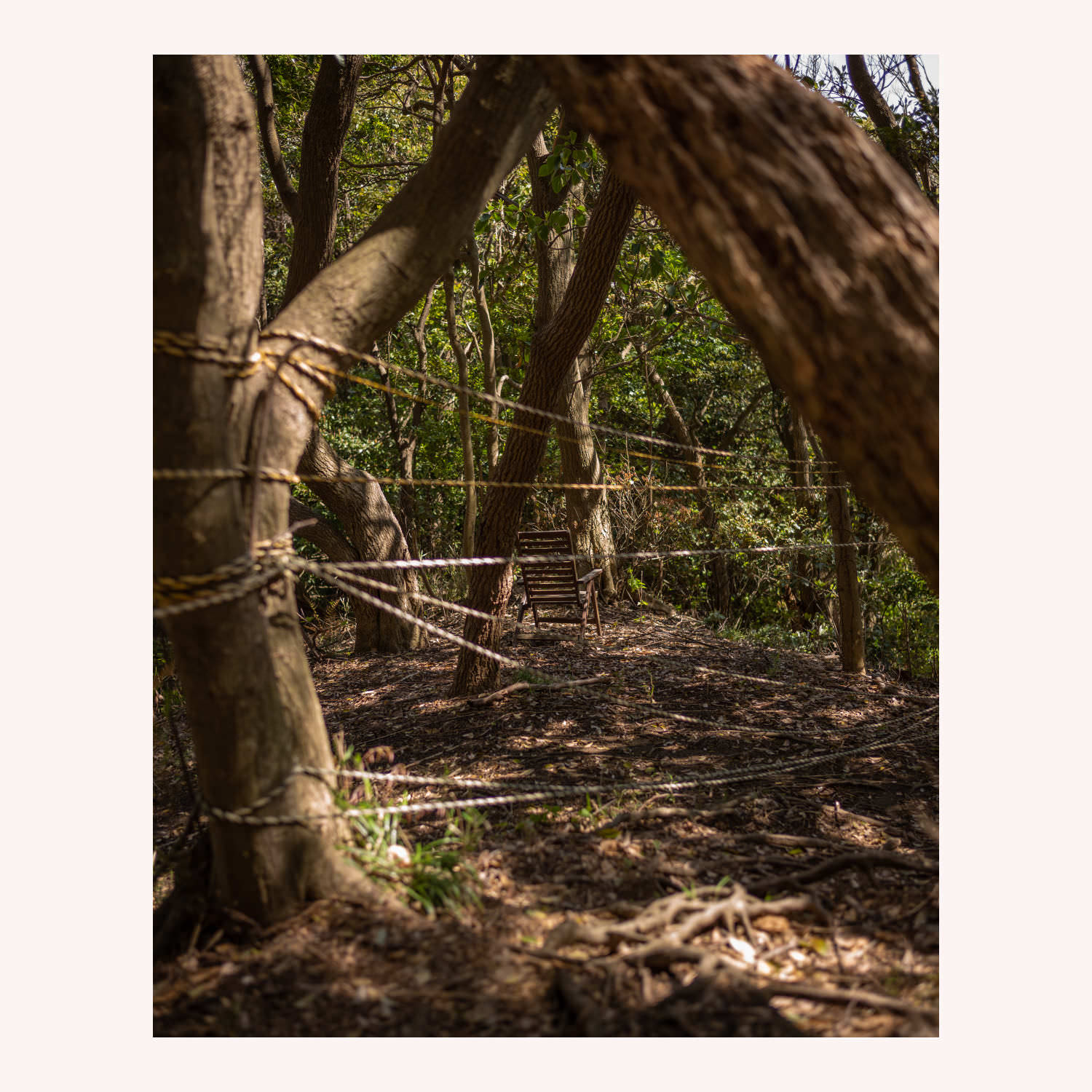 Welcome Back to Our COVID Loop

Strange to have taken a break from this, Ridgeline, your normally weekly newsletter with a general so-called topic of “walking.” Welcome to 2021, I’m Craig Mod, author of Kissa by Kissa, and I have missed writing this.

Mainly: I’ve missed the discipline of it. I started Ridgeline with a self-imposed rigor top of mind — and for 102 weeks, I published this sucker. The last two weeks off have felt like an eternity. It’s good to be back.

For the first time in a long time yesterday I did my pandemic walk — a 7-10km loop through the back mountains near my home. I love the loop. In a way it kept me sane last year, became a simple thing to count on that could be completed in two hours and promised to deliver a healthy measure of some sixty-five or so flights of stairs.

It begins with a short stroll through backroads that curve in pleasing ways and feature the full variety of textures you come to adore in human-scale Japanese architecture — clapboard siding and bamboo fences and the occasional blue tiled roof and well-maintain gardens with just-so arranged azaleas and small maples and expertly selected boulders — and then quickly peels off up a bent staircase to a small pass that has been in use for nearly a thousand years.

You hit the top of the stairs with a good burn in your lungs and from there you walk the ridgeline up above the modern tunnel that cars and bikes use to skip between valleys. A wild typhoon back in 2019 felled some cedars and their half-hacked remnants still cross the path at various places. The dirt underfoot is pleasingly irregular, and the route alternates between dirt alone and narrow excavated shortcuts through stone chopped out some centuries ago, smooth grooves from the old tooling still plainly visible. Eventually you find yourself in front of a wall of yagura — divots of caves carved into the mountainside that remind me of capsule hotels but are suspected to be cenotaphs back from the middle ages, delightfully macabre historical sites you can walk right up to and peek inside.

Because the modern world has cleaved and bisected the old roads, this path eventually spits you out at busy backstreet that you need to hop across to keep going. But just before that street lies the most delicate of old Japanese homes, seemingly abandoned in the last year or two, with the an affecting collection of shrubbery and weeds and a metal frame of mullion and transoms over the main window, fronted by a cherry tree that gnarls impressively out of season and blossoms like pink popcorn for a week in April: 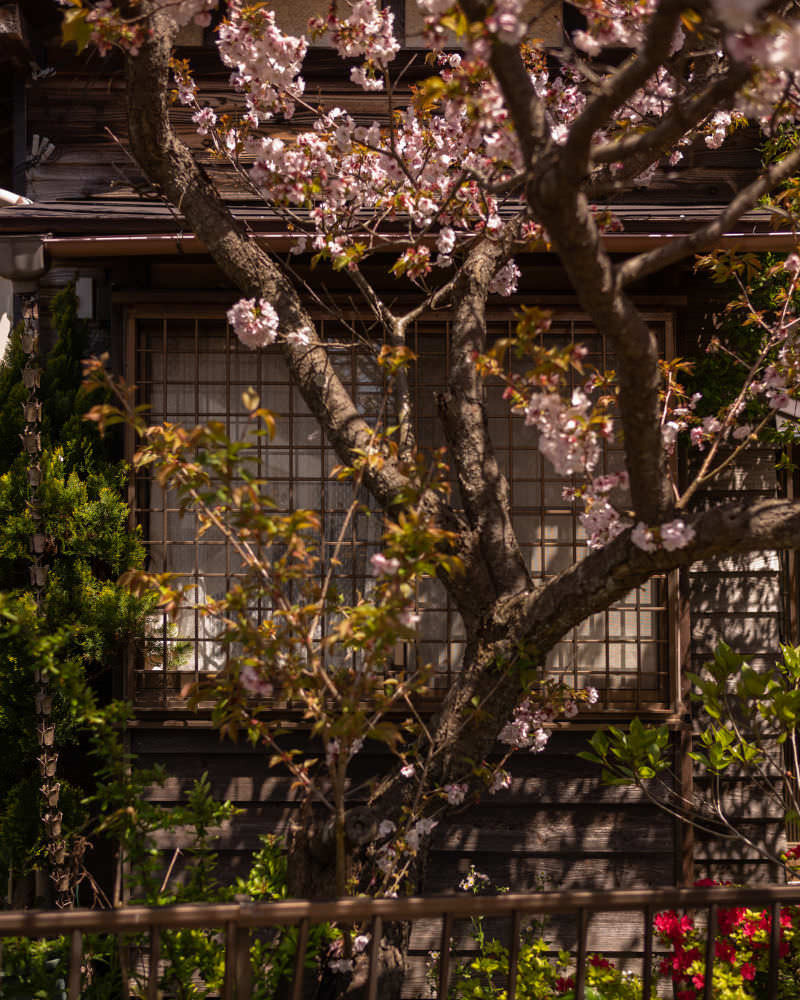 Some more backstreet walking past the miracles of Japanese zoning — small woodshops and construction enterprises squeezed between simple single-family residences. And then more stairs, past a half-heartedly maintained shrine, where if you look back you begin to glimpse a bit of the coming valley views.

The stone stairs end and you’re in yet another residential nook, the first house to your right with a perfectly manicured lawn and picket fence and a little wooden bench sitting at one end like a weird tableau of Americana. You’ve never seen anyone or anything sit on that bench. You have to resist the urge to jump their fence and plop yourself down in it for a moment just to make it feel seen.

Yesterday, for the first time, you realized these homes on this little back road have million dollar views — you’re able to look straight through one with all the curtains open. Turns out these humble plots have direct sight over the back plain out towards Fujisawa and beyond — the sky just opens and and opens for them and you can imagine what living in them and waking up and taking in that view coffee in hand might be like (it’d be good!).

Now more stairs (I warned you), concrete, regular, boring, straight up the mountain. A small flat and then yet more stairs that lead up through a bamboo groove — with truly abandoned plots the routes to which are fully mysterious and wholly overgrown and whose remaining nameplates and postboxes with NHK stickers feel mythopoeic, conjure the image of some civil servant hacking his way through dense forest to check for TVs and collect on the broadcast tax — to the backside of a mental hospital.

The route passes right in front of the lower floor of the hospital which is situated a meter or so below the path and so you can’t but help see directly into the cramped patient cells — just a bed and small desk, barely ten square meters each. Most days most curtains are drawn but today one set isn’t and a woman with a long pale face and acorn top of thick grey hair, perfectly level fringe — hair you can easily imagine feeling like straw in hand — stares out with total vacancy towards nothing right as we pass by and so we nod and keep going.

Obese hospital workers in white garb lug hulking sacks of garbage to giant bins. An old man hobbles along the path with a cane and baseball cap and doesn’t look up when we say hello.

Now the route stays residential for a while, passing by some homes that by any account are palatial — with towering gates shielding what’s behind, inspiring on-the-spot Google Maps satellite view explorations. More homes, million dollar views. Most homes simple, some ostentatious, the range in price fluctuating between maybe half a million and ten million dollars — the spectrum of wealth is strangely comforting.

Road and more road and then turn an unassuming bend and there it is — Mt. Fuji in all its sneaky glory just BLAM filling a big chunk of your field of view where all you can think is boy, where the heck you been for this entire walk? That’s Fuji though: wily, shapeshifting and doubling or halving by degrees and atmosphere and season.

This spit of road is how most everyone who lives up on this side of the mountain get in and out of the ’hood and there is no shoulder. So you must enter a state of gentle gaze. This is to avoid the persistent rankle of a glorious view disrupted by cars zooming within mere feet of your backside. Just a few steps forward is a fall that would maim anyone. You fantasize: imagine building a scaffolding and deck out right at this point and serving up some makeshift coffee for the many locals who come walking by here daily, banging out a few benches (that get used and used well!), offering up a properly slow view of Fuji and Enoshima and the great glistening Pacific beyond.

But enough veneration, back on the move, more plots, some old estates now slated to be chopped into quarters and sold off almost certainly to be filled with prefab homes with plastic siding making them look like Porta Potties to be lived in.

The road ends, back into the woods — wooded ridgeline walking from here until nearly the ocean, undulating, old paths, a pleasing diversity of oaks and cedars and maples and cherrys and bamboo grass alongside the path and some valley views with ocean backdrops every now and then.

A recent storm has closed off part of the path ahead but that only inspires you hop the barrier and keep going. You find that a ten meter chunk of the mountain just plumb gave up and took with it a bunch of fence and trees down to the roofs of the homes a few dozen meters directly below. Now it’s blue tarped over and held in place with thick wires and rope. Continuing on it’s amazing to see the makeshift network of single-track iron rail that has been installed to bring up supplies — sandbags and heavy rope — to start fixing the damage.

Even thought it’s a holiday you see no children, which always strikes me as odd. Where I grew up we had but a shitty shallow ravine to rummage around in like pigs and damn if it wasn’t heaven for us — having dumb little wars and hiding scraps of pornography under rocks and sledding what sad bit of slope there was. Had you taken my elementary school friends and me and plopped us down in this area, good lord we would have caused endless havoc up in these low mountains, would have probably been the ones to push some of the fence down on the homes below, or had lit fires or chopped down trees. We would have built up mental maps of all the paths and named them and spent nights sneaking out to sleep in the caves with the dead and spent weekends working out new routes and would have claimed a kind of total ownership over these slices of land that feel in some ways like they’re still up for the taking.

But, no, no kids. Just an old man walking his dog. The path peters down, ejects you in another residential hollow, leads to obvious roads which you can take to the ocean and then back into town.

A state of emergency has been raised once again here in the general Tokyo area. So it goes. It’s funny how much of a steady state this thing has become, and how badly estimated were all prevailing estimates last year. A few more weeks, a few more months. We’re coming on a year now in limbo. But folks here (and elsewhere?) seem to mostly be exhausted by it all, and you feel a waning vigilance. Still most abide the rules. Masks abound. Our beloved kites still float above keeping an eye out for a badly held sandwich or muffin.

For the sake of sanity and inspiration, my general rule is to do this walk several times a week. Get out, see the horizon stretch from the corners of both eyes, imagine what once was or will be on the land I pass, and be grateful for the close history or natural beauty that probably sits, too, in your very own backyard. 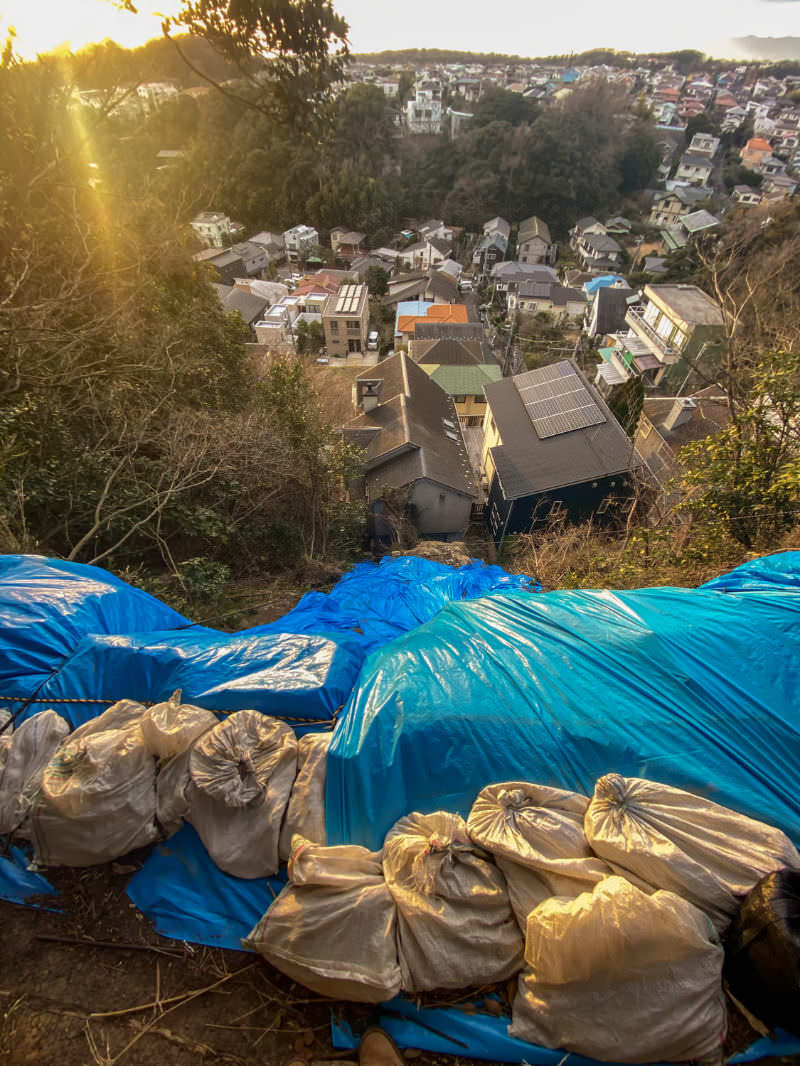 I was born inland, walking among bush-clad hills. But raised by the ocean, where long walks on the beach weren’t just an online dating cliché. Truth is, I’ve never enjoyed sand between my toes or the lap of salty waves at my feet. Perhaps where we are torn from the shell has far greater impact on us than we realise.

This essay is from the Ridgeline newsletter, mailed out January, 2021. Thoughts? Email me@craigmod.com.