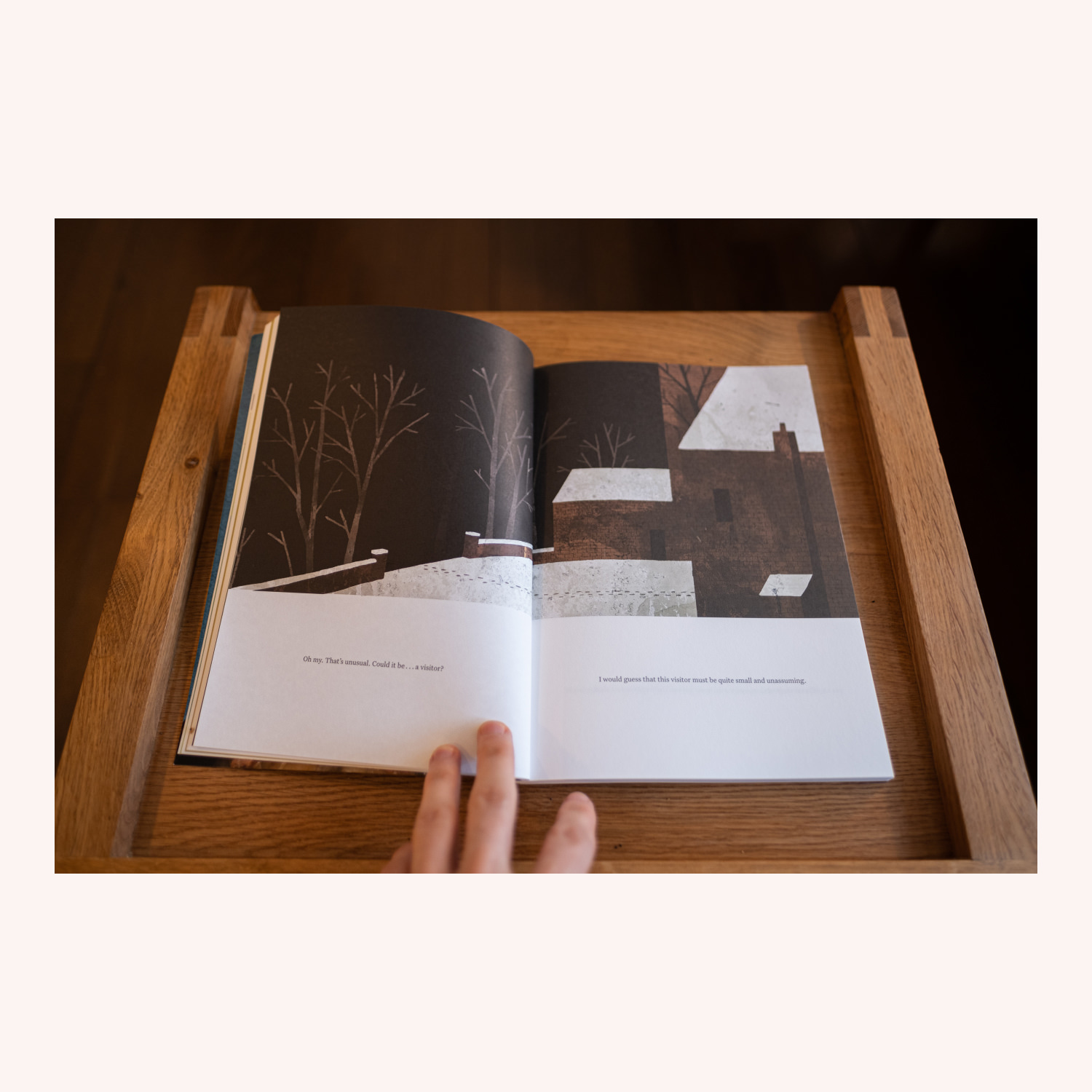 Hello Ridgeliners. I’m Craig Mod, and last week we started shipping Kissa by Kissa! A few copies have arrived in Asia (Singapore, Vietnam). The rest should be arriving in your part of the world this week. When it does arrive, if you’re so inspired / inclined to do so, please snap a pic and share. I’m very curious to see where these little buggers ended up!

The second edition of Kissa by Kissa will go on sale on October 19, announced first to SPECIAL PROJECTS members, and then to my newsletters, like this one. Yearly SP members will get $40 off the price of the second edition. Now’s a great time to join.

Onward, to this week’s missive:

Today I’d like to introduce you all to MONKEY, a (new(ish)) literary journal for English translations of Japanese literature. It’s available for pre-order (Worldwide, Japan). I’m not connected to the journal directly, but my friends are behind it. All biases aside: It’s objectively great. 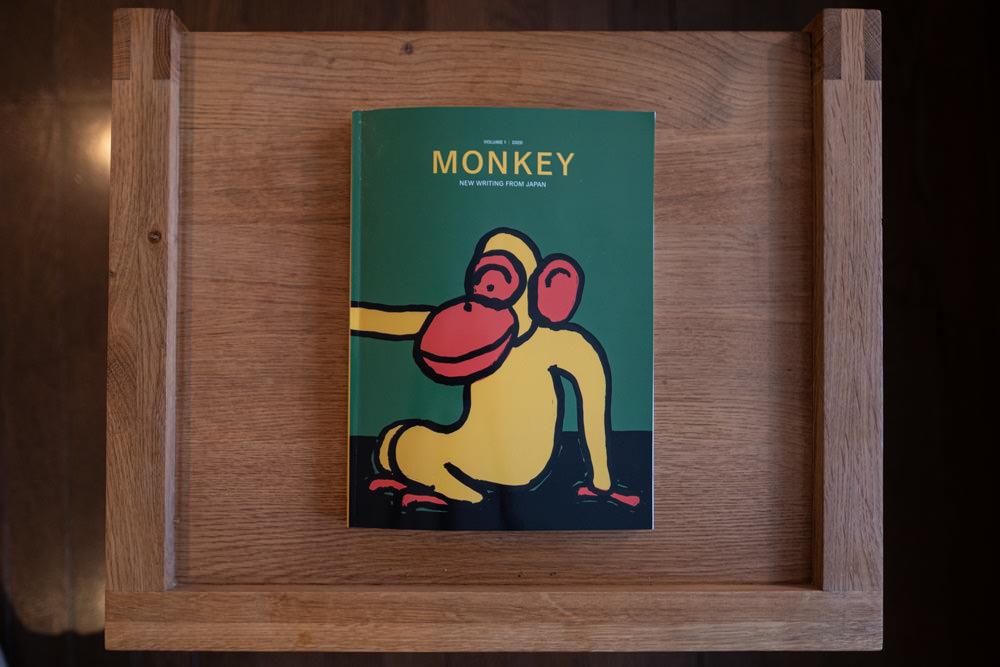 I first met MONKEY co-founder Motoyuki Shibata and his wife Hitomi nearly twenty years ago. A mutual friend asked if I’d like to “teach English” to Hitomi over lunch. The plan: Once a week, we’d meet up and chat. I’d get paid well, and lunch would be gratis. This sounded like heaven to my broke student ears. There’d be no lesson plan prep. Just arrive and blab.

At that time I didn’t know anything about Moto — that he was a professor at The University of Tokyo (Japan’s Harvard-equivalent in status and rigor, leafy, surrounded, in the Hongō neighborhood, by well-worn kissa galore), or the preeminent Japanese translator of American fiction. He’s responsible for introducing Japan to a host of contemporary American greats: Paul Auster, Rebecca Brown, Steven Millhauser, Stuart Dybek, and many more, including nearly impossible-to-translate authors like Pynchon.

I don’t remember much about those lunches with Hitomi. I do remember traipsing across the city to make it to them. Usually walking or biking from Takadanobaba through the tangle of Shinokubo and the harsh stain that is daylight Kabukicho, to Yoyogi-Uehara. Hilariously, I think we mainly spoke Japanese.

Occasionally her and Moto’d take me out for a fancy tempura lunch, where I nervously babbled about the light-touch literary work I was then engaging with. So passed many years.

Around 2013, Moto got involved with the Tokyo International Literary Festival. For literary-minded Tokyoites, the International Lit Fest was a sterling miracle — for a week or two, a profusion of leading fiction writers would descend into Tokyo from around the world. Folks like Ruth Ozeki and Jeffrey Eugenides would give craft talks in front of hundreds (thousands?) at big halls in central Tokyo, interpreted in real time for the 99.9% Japanese audience. And if you had an in, if you knew someone, you could wiggle into the after parties. At one I chatted with Jonathan Safran Foer for an hour about adoption and veganism. He had just published Eating Animals and it had had a profound impact on my dietary choices.

The Lit Fest was organized by David Karashima of Waseda University. Moto and Hitomi were heavily involved. Eventually the event ran out of money to pay for all those international flights. But what a glorious few years. For a millisecond Tokyo felt as global-facing as New York or London; of having that kind of pulsing international culture you can find every night in a pre-COVID Manhattan or Brooklyn.

It worked so well because the trick with Tokyo / Japan is that you can convince almost anyone to come. A friend astutely noted the other day: Japan is one of the few places in the world that demographic / age / station in life have no bearing on the desire to visit. Contrast with Mexico City, which in recent years seems to have a particularly mysterious draw for well-to-do, tech-adjacent, artsy folks, forty and younger. But Japan: Hell, fourteen years old, eighty years old, makes no difference. It’s a universally seductive place. There was no arm twisting of these literati to get them to squeeze onto their transatlantic flights and hole up for a few weeks in Roppongi, eating grand meals of sushi or ramen or grilled fish, drinking at hushed, hidden cocktail bars. 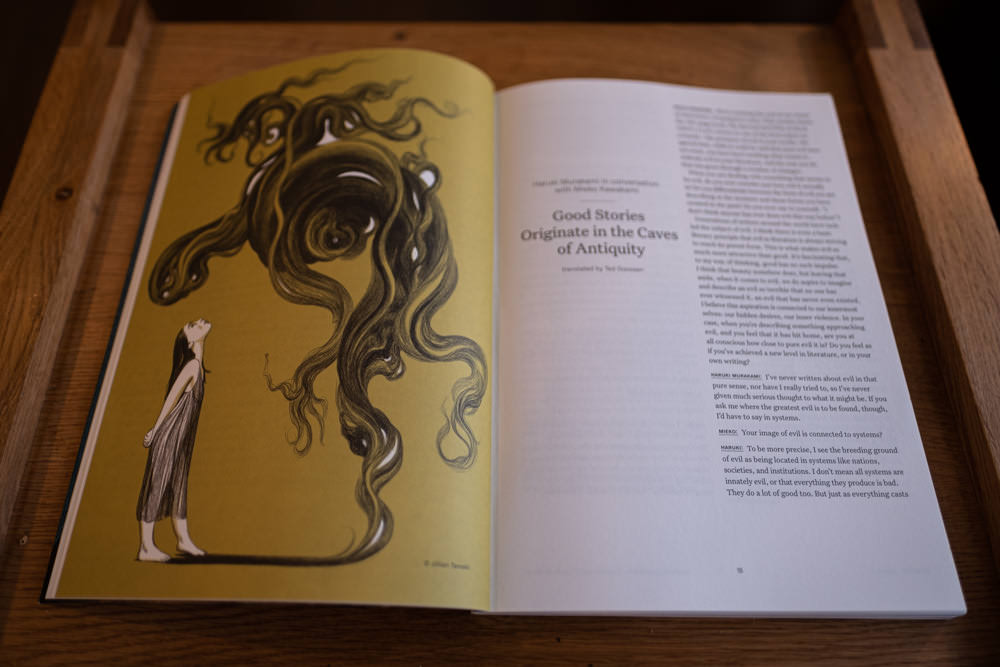 A few years before the Lit Fest, Moto co-founded a literary journal called Monkey Business. It showcased best-of contemporary Japanese literature, in English translation. It felt like a cheat-code for non-Japanese readers to eavesdrop on some of the most exciting contemporary Japanese authors.

But after seven years it — too! — ran out of money. This is infuriating because, as we all know, there is a lot of money in the world. So much of it is burned with such frivolity, that to look closely at the inefficiency of budgets or institutional wealth is to be rankled to the moon and beyond. I suspect our great grand-children will look back upon this time with unkind eyes. With one of the angles being: You dingdongs, you had that many stadiums worth of gold bars to solve all your dumb problems and they were stuck collecting dust under which mattresses?

I digress! It’s just especially infuriating in these cases of lit festivals and — distinctly — literary journals because of how relatively little money is required to support and sustain the production of and multiplication of culture.

But! MONKEY (Business) recently found some more cash and is — hurrah! — up and running once again.

You may notice that they dropped the “business” aspect from the title. In a recent talk, chuckling, Moto said, “We realized there wasn’t much business to it.” MONKEY editor and translator Ted Goossen, also noted that “this isn’t the Paris Review” — it’s meant to be capital “L” Lit wrapped in a lowercase “l” lightness. Heck, it’s called MONKEY for Pete’s sake.

MONKEY’s new issue isn’t about walking, but it is about food. And for someone who walks across Japan, food and walking have an intrinsic association. Each region — heck, many towns, even neighborhoods — have their own meibutsu or famous thing, a meal or snack for which they’re known, that will draw a TV crew, a gushing talento with feverish umaaaaaaai!s at the ready. For some towns their meibutsu could be a particular soy sauce twist, for others it can be a a giant lobster (ise-ebi). In January I visited Obama city and sampled their saba permutations:

Mackerel — its physical presence, smell, economy, historic ghost — seems to be everywhere in Obama. The city is particularly known for its fermented saba dish called heshiko — where mackerel are gutted and drained of blood, washed and then doused in nuka vats for up to two years. The fish are then removed, thinly sliced, served up as a kind of dry sashimi with notes redolent of cheese, or grilled, turning it into a funky fish-jerky, with an intense salt kick. It was weirdly yummy.

Obama sits at the northern point of the saba kaido or Mackerel Road, a walk leading inland along which baskets of saba were tramped to Kyoto and beyond, and which I had intended to investigate this year.

This new MONKEY is full of literary dissections of Japanese food. A particularly affecting essay by Kuniko Mukōda details brazier-grilled nori — seaweed — eaten with breakfast in post-war Japan. Even seaweed — its subtle texture and coloration differentials — could be a proxy for wealth and social station. 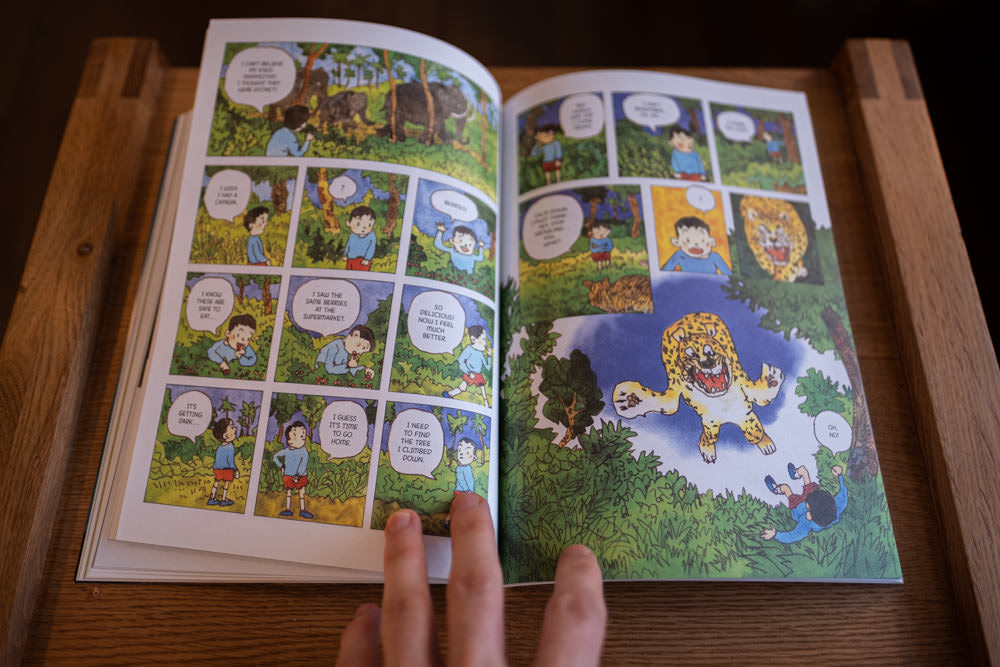 It’s great to see MONKEY’s return. A relief, you could say. Honestly, it’s a tragedy that it ever went away. In their two years of downtime, though, managing editor Meg Taylor noted that they kept hunting for new voices, building up their roster, prepping for an eventual return.

The (re-)inaugural issue offers up short stories and essays from writers like Aoko Matsuda, Hiroko Oyamada, Hiromi Kawakami, and mega-giga-novelists like Hideo Furukawa and more. And the design! It’s gorgeous. Designed by Gilbert Li in Toronto, MONKEY is physically larger than Monkey Business and it puts to use the affordances of that additional room to work with whitespace and create a publication that breathes, loaded with typography that’s a joy to spend a few hours lost within, illustrated by a global roster of greats like Jon Klassen. Every spread is a delight.

If you’re into this kind of thing, consider gobbling up a copy (Worldwide, Japan). They ship now in Japan, and to the rest of the world from December (the issues are on a boat to the US right now); it’ll be a wonderful gift to your unsuspecting future self. $20 measly bucks for an object of high-craft. A purchase helps them continue to produce and support this kind of work-in-translation, but even more powerfully, it sends a signal to their financial backers that the interest and market is real.

And during a year in which traveling to Japan is impossible, this is as good an approximation of visiting as any: Literary, curated by the best, hungry for a good meal — nearly gratis — and vibrating in the curious space between English and Japanese.

Born scrambling in the slate mountains of North Wales, drawn into the Welsh Capital city by work and love. Walking is a pleasure taken infrequently, now that there are no strollers to push and no office to walk to. Cycling for supplies is the way to see more of the concrete sprawl here. Work is, ironically, attention sucking social media - but all I really want to do is find a forest and give my attention to that.

Born on one end of the Arabian Sea, raised in another. Calicut, Bombay, heat, sweat, ports, beaches, bad air, great food - they make you yearn for the mountains. A grand idea until you lose a key to a restaurant in one or cross paths with a leopard in another. I saw a Himalayan ridge turning gold in the sunset from afar once, and wished to be there. I try that every two years. I try to do all that I do like hiking up mountains, one step at a time.

This essay is from the Ridgeline newsletter, mailed out October, 2020. Thoughts? Email me@craigmod.com.

091
Self-Improvement and the Big Walk

093
Prepping for a Big Tōkaidō Walk