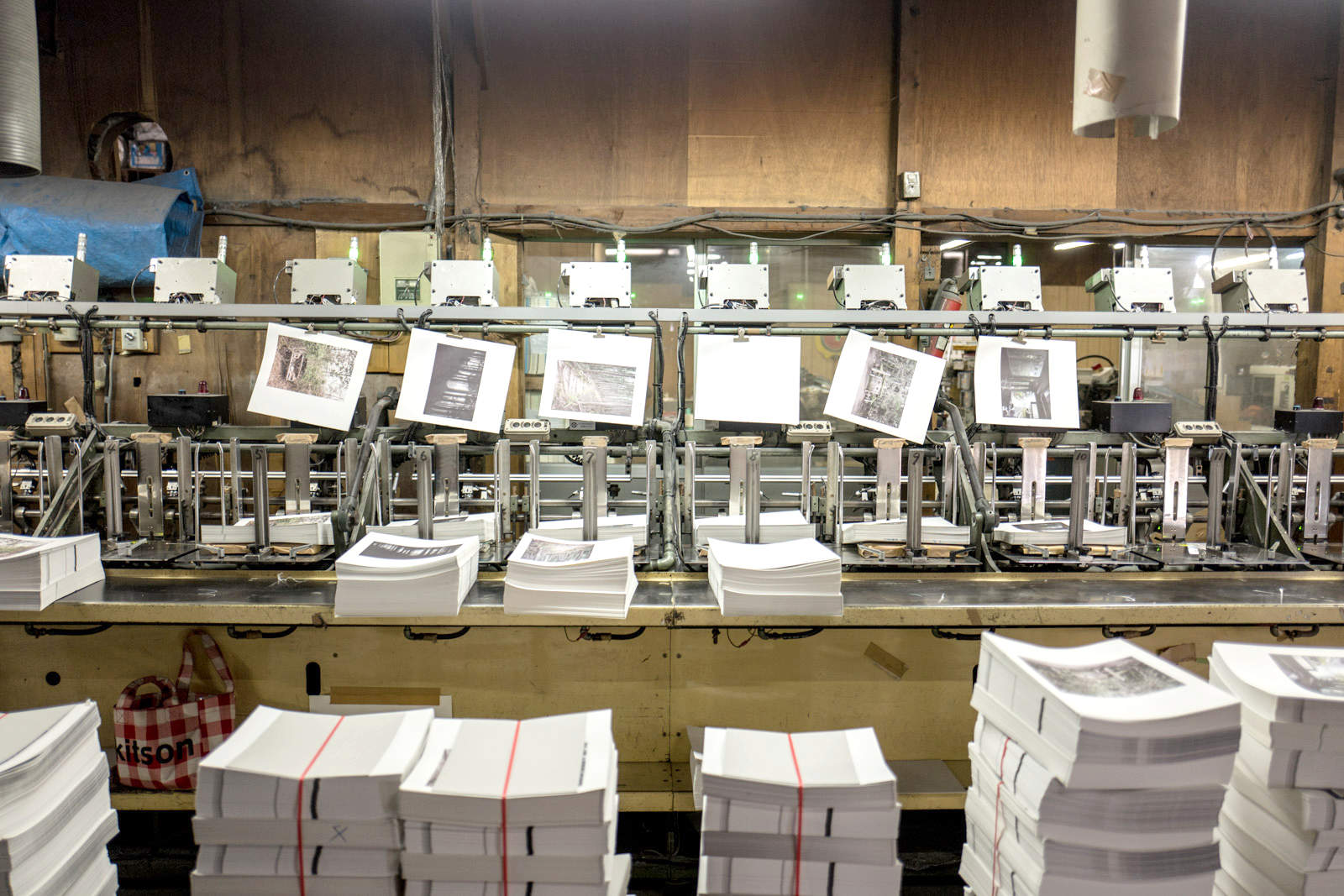 Books, Walks, and the Edge of the World

During my solo Kumano Kodo walk in April of this year (2018), I recorded a few things including the intro to On Margins 004 (Elena Favilli) and episode, 006: A Walk in the Woods.

Episode 006 is an experiment in capturing the walk and talk — I recorded it as I was walking from Koysan to Hongu down the Kohechi route. Although I discuss the economics and production details of Koya Bound, I also get into light-touch philosophical territory around the power of objects:

Why make an object? Why print something out? Something was irking about those other walks [that I had done with various people over the past five years]: You do a walk. You have an experience, and then it disappears. How do you give edges to something that fundamentally doesn’t have an edge, that doesn’t have a container around it?

All you can do — the best you can do — is create an edit of that experience. Cull some subset of moments and try to pour them into an object, an artifact, something that’s immutable that you can hold in your hands, and you can say: “This. This is what we did. This is what that was.” 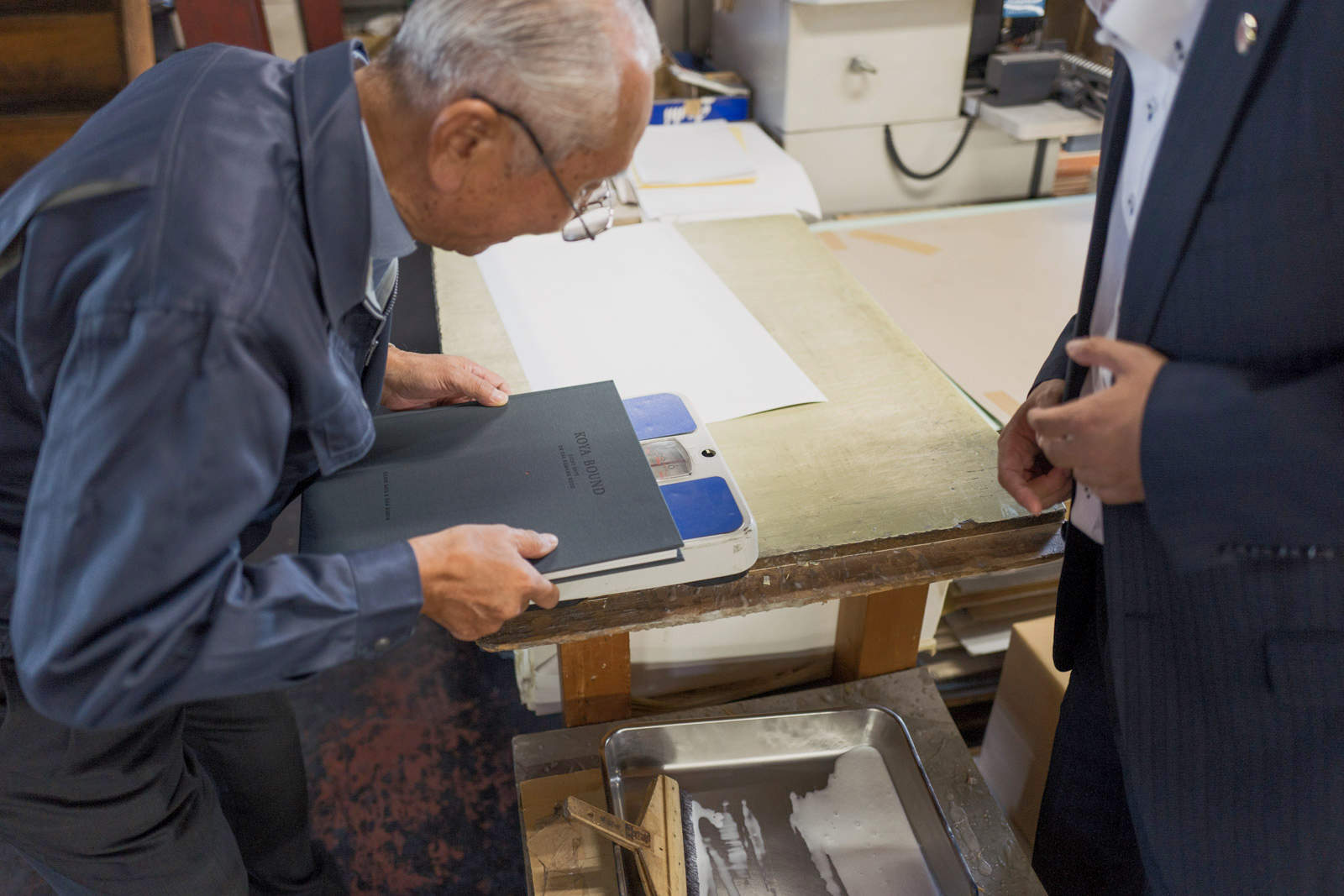 Koya Bound was a test in artifacting a walk I did with Dan Rubin in 2016. A photographic journal (poem?) of the walk seemed like the simplest way to draw edges around eight days in the mountains.

A book of photographs can have significantly less production and detail overhead than, say, a fully edited textual account. Although co-photographer Dan and I intended for the book to be done in a scant week, it still ended up taking up months of our lives.1

The results were worth it. We had an incredible launch event at the Leica gallery in Ginza, Tokyo. And the project was even, shockingly, profitable. The extent to which I discuss in the episode. 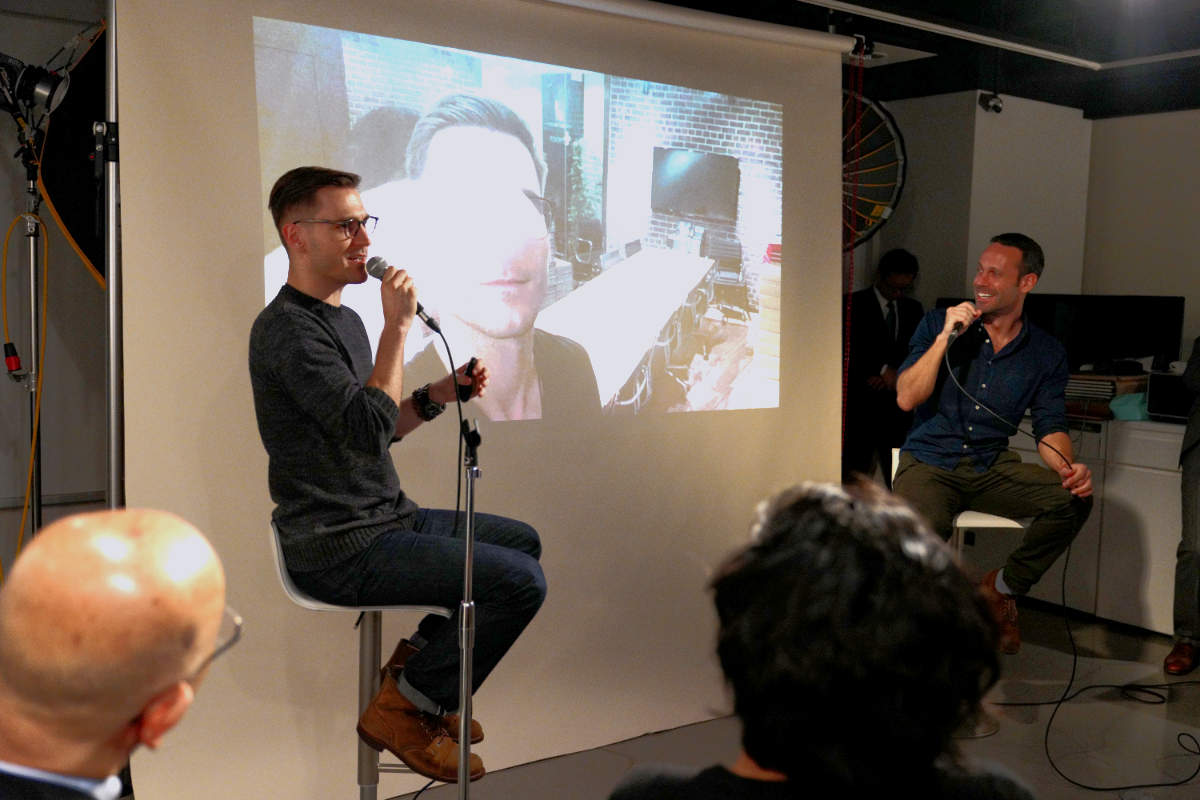 But even more importantly, it served as a connector between the walk Dan and I had done and the walks others would do. On my solo walk this year — just hours before recording the episode — I met a couple who were walking because of Koya Bound:

Sally, Francesco, and I started chatting. They were heading north. I’m heading south. Sally said, “Are you Craig by any chance?” I said, Yep.” She said, “We are here because of your book and because of the Walk Kumano website.”

That’s a wonderful thing to experience. In the moment — total serendipity on the trail — meeting someone who’s not just there, but enjoying it, thank god. Knowing about the trail, having this experience because of some thing that you put into the world.

And as a thank you, they gave me some bandages, saving my blistered heels, which at that point were getting gnarly.

Putting edges around an experience, paradoxically, amplifies it. Allows it to continue to grow in the world after you’ve completed it. You could call this the classic superpower of books — you die, disappear, vanish, but the transmutation of whatever led to that book lives on in the world. 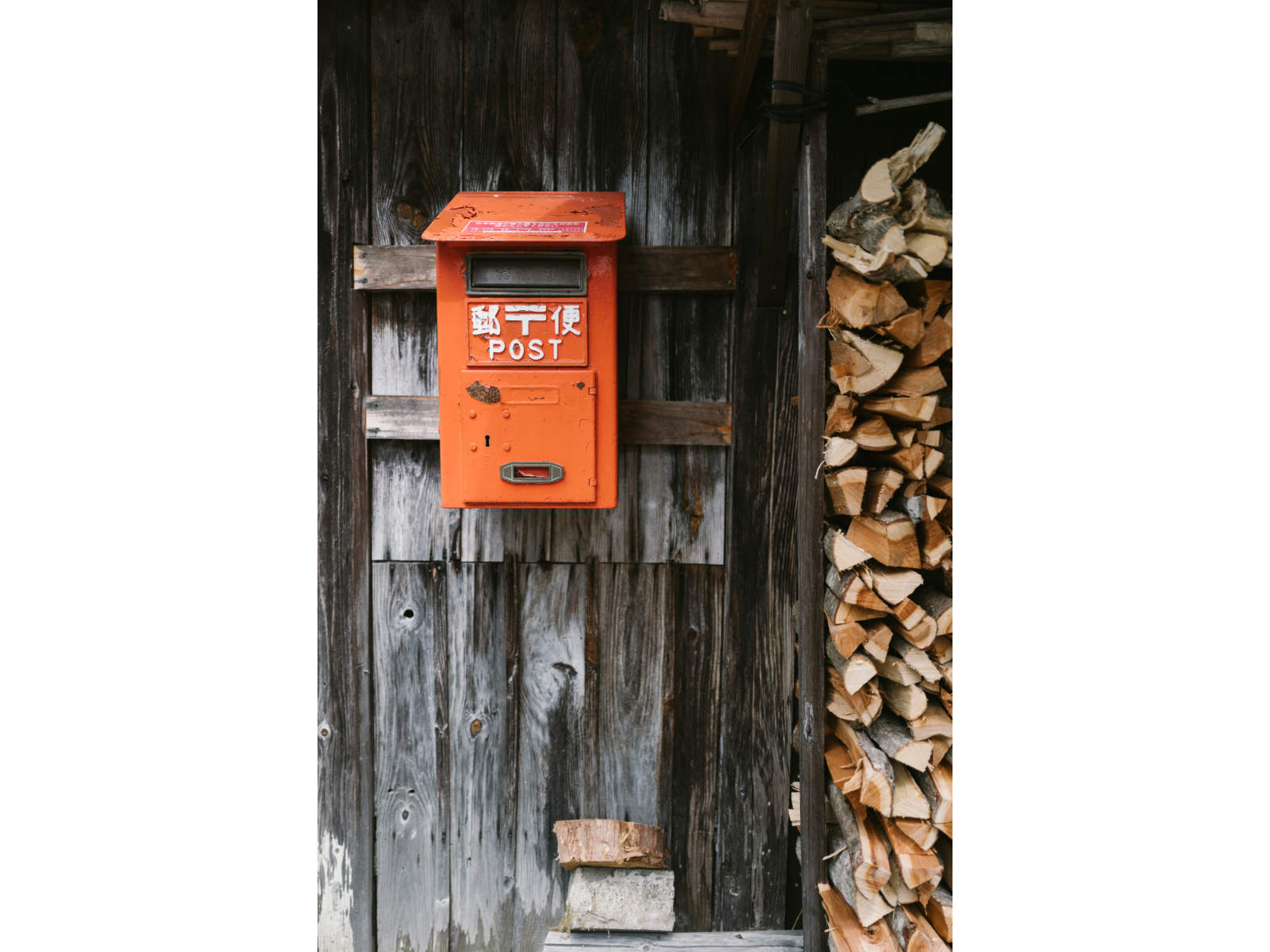 Taking the time to give edges to an experience not only benefits others, but further intensifies and distills the experience for yourself. The best reading is re-reading, the best writing is re-writing, and the best walking is … re-walking? I think so.

As I rewalked the path Dan and I had covered, I found myself tapping into those images we spent so much time editing.

I walked past a postbox yesterday. One that Dan shot. Instantly, I was back in that same moment of the previous walk. I’ve now walked this trail four times now and there are moments like that — layered — at certain touch points along the path that transport me again and again as I as I flash between the then and now.

You can never fully own a path but a path can become something that you merge with over time.

I’ve been intrigued by the framing and scaling power of objects for a while, especially in the context of ephemerality. And digital media is nothing if not ephemeral. 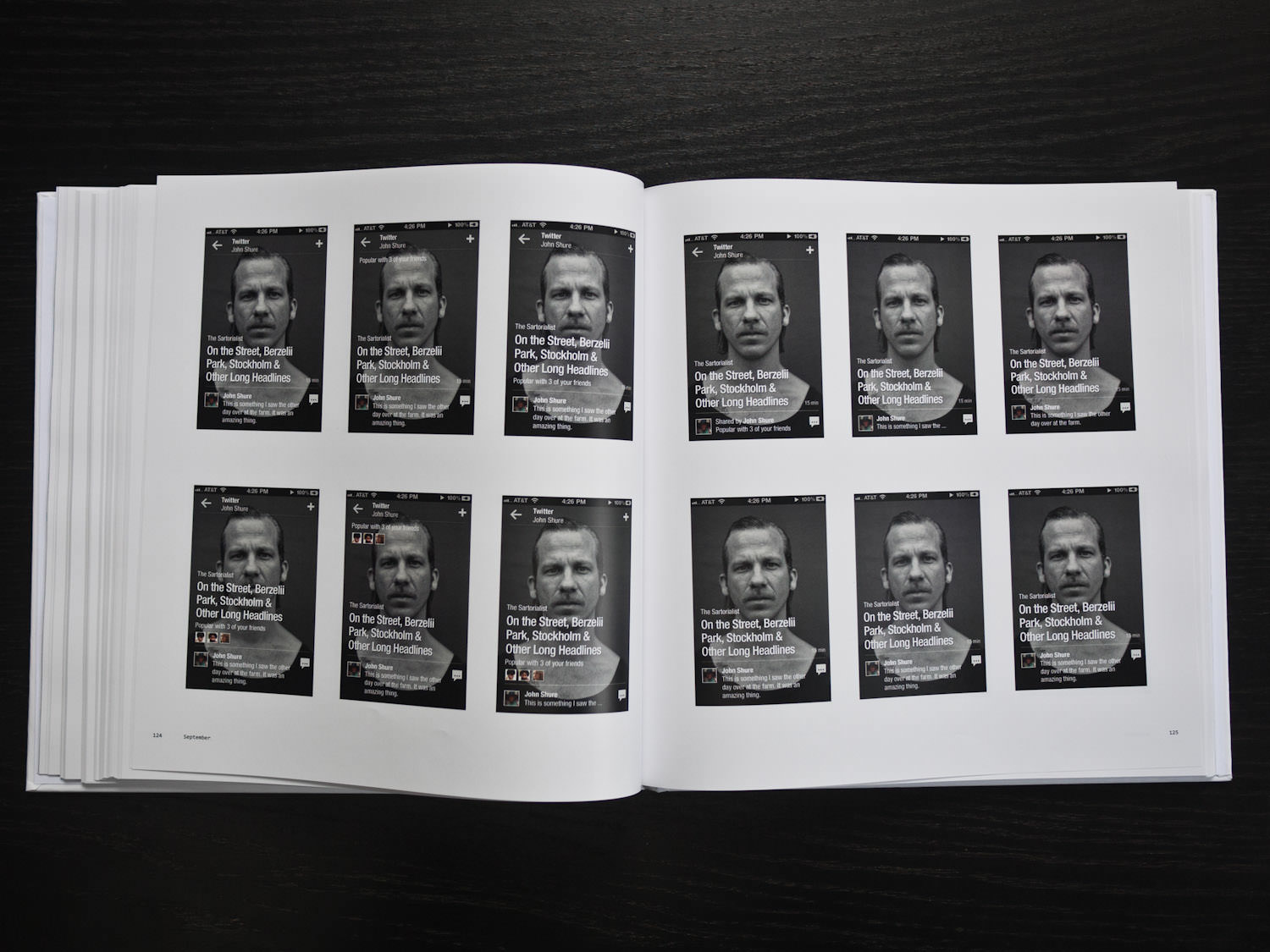 To diverge from the mountains for a moment — years ago I made a book about an app or, rather, made a book from an app — The Flipboard for iPhone book.

As Flipboard for iPhone was nearing completion, I began to think about this detritus — our narrative; the proof of our journey. What struck me is that despite knowing we had been on a long journey, it didn’t feel like that journey was manifest anywhere.

Sure, you could open the design folder and cover flow through our thousand design comps. You could peek in the git repository and scroll through the near infinite number of commit messages. But, still: that thinness! The experiential texture of the journey was butting against the singularity — that fog of immateriality — that information enters when made digital.

I was leaving the company at the end of the year and I needed something to represent that journey. To give it edges, for me. For the company. So I did what I do — I flip-flopped the data. I made a book.

In that moment I had made that book for the team — for us to do the very thing I wrote about above: to take an immutable object in our hands and say, “THIS! This is what we made!”

It worked. Or at least it felt like it provided closure. But over time, the power and import of that book has grown in unexpected ways.

App stores issue an odd but usually sensible Faustian pact: they provide distribution and frictionless modes of payment in exchange for never going back in time. That is, old software can’t be accessed. Software on an app store exists as the thinnest edge of an app’s life. Version x.x.4. Then x.x.5 the following week.

And so the version of Flipboard for iPhone we made back in 2011 can now only be seen / touched / remembered with any coherent wholeness in book form. I had not considered this when I made the book. But now I know that had I not made that book I’d have lost touch with all of that work.

When I lecture or give talks about these topics, I point to this as a prime reason to properly document landmark moments in software development. Those documents pay dividends in wisdom and memory over the life of a company and beyond.

As in software, so too can be said for life: Sanity is found in being able to wrap your hands around a milestone.2

Back on the trail with Koya Bound:

As I walk today, yesterday, and the day before I am dialogue with my past walks, and the feel the resonance of those other steps I took two, three, four years ago.

In a meta way the book (and maybe more importantly, the experience of having made the book) simply reminds me that time is both linear and not linear — and that lines between non-contiguous moments can be cast with the help of objects in the world.

Author and poet Sarah Munguso has been keeping a diary since she was a child. It’s 800,000 words long. At the start of her memoir, ruminating on her diary habit she writes:

I wrote so I could say I was truly paying attention. Experience in itself wasn’t enough. The diary was my defense against waking up at the end of my life and realizing I’d missed it.

A good enough reason why many of us make the books we make. Why we may print out the things we print out. To give form to the formless. To remember. Holding it — however piecemeal — in out hands and saying, “Yep. This. We did this.”

Notes on a week of walking through rural England, comparing it to rural Japan

How to Walk and Talk

On the mechanics of the walk-n-talk, and tips for executing one successfully