On Margins is made possible by memberships. Consider becoming a SPECIAL PROJECTS member today. 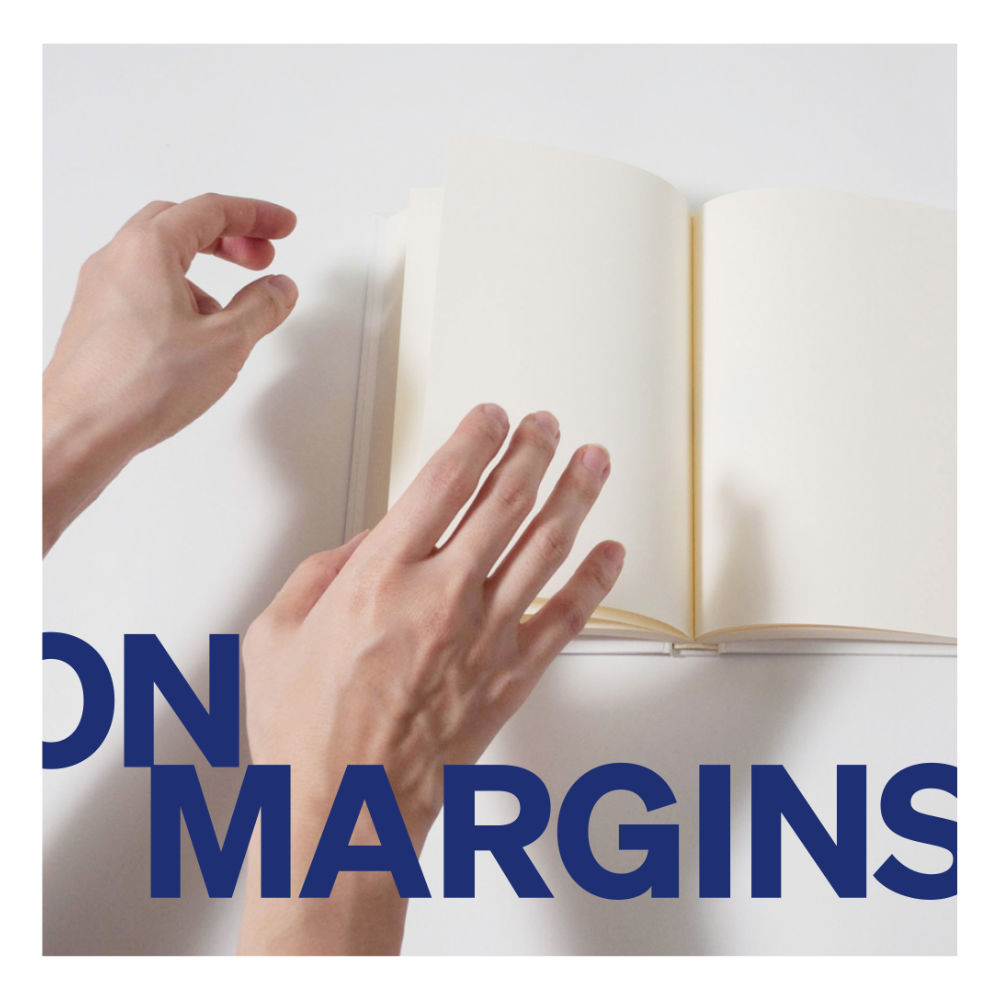 On Margins is a podcast about making books and book-shaped things, hosted by Craig Mod. 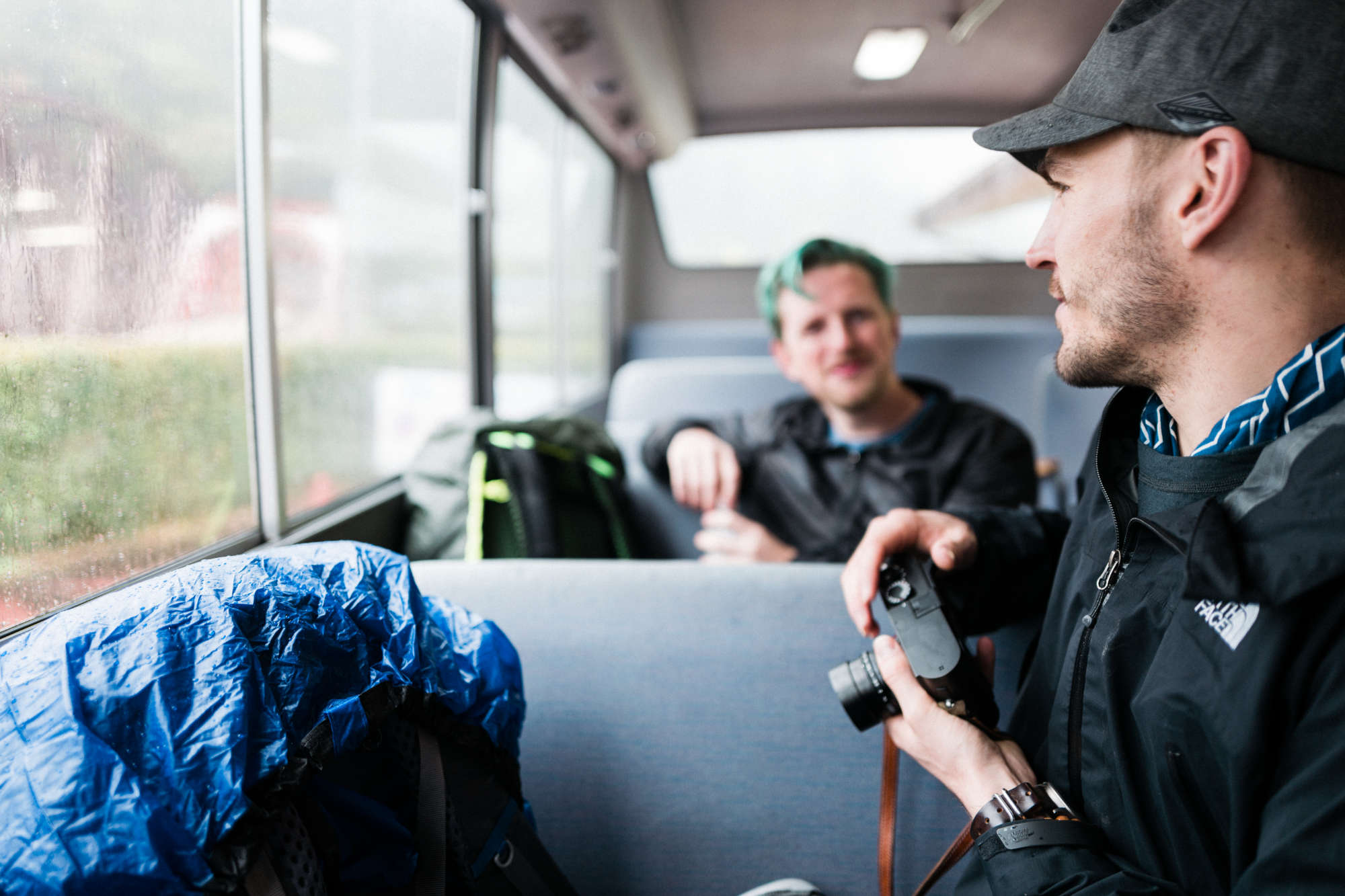 To make a book, walk in the woods with a book

A walk in the woods with Craig Mod, talking about the economics and production of his book made in collaboration with Dan Rubin, Koya Bound.

Craig: Craig Mod: You’re listening to a “Walk in the Woods with Craig Mod.” I’m Craig Mod. Hey, guess what? I’m walking in the woods.

Right at this very moment, I am walking upon a path which I walked two years ago. Actually on this very day two years ago, I was walking with Dan Rubin and Matt Mullenweg. We were doing an eight day walk on this road. It’s called the Kumano Kodo.

Up until that point, for the three years leading up to the walk I did two years ago, I had done many walks with a number of people. I began to invite folks from around the world to join me on these walks. We would have these incredible conversations and wonderful experiences as we moved across all these different various bits of Japan.

One nagging thing at the end of each of those walks was that we often wondered, “What could we do to capture the goodness of that thing we had just experienced?” There’s talk of, “Do we do interviews? Do we turn it into a podcast?”

It just so happened that Dan Rubin and I had been planning on doing a walk together for a number of years. We decided, Dan’s a photographer, and I’m a photographer, “Let’s shoot the heck out of this walk.” What we’ll do is we will hide in a little farmhouse in a tiny village in Gifu Prefecture in the village of Hida-Furukawa, which was featured in the the movie “My Name.”

We would hide there for a week, and we’d put the book together, a collection of images from the walk. We would put it up for print on demand sales, and we would be done. That was the plan. 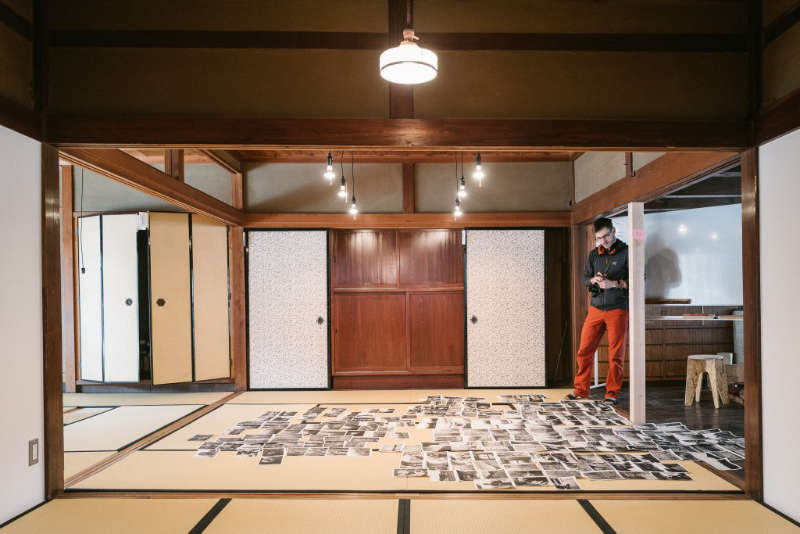 We trudged over these bits that I’m walking right now, which are basically I’m on a ridgeline here walking atop all these gnarled roots from these cedars and cypresses that have grown around the edges of the path.

We did the walk. We went to Hida. We put the book together. We printed it out and edited the photos. We spent days staring at the images and moving around. We came up with a first draft of the book.

Then we began talking with Blurb because we thought, “Well, all right, if we’re going to do a print on demand book, maybe we can use this as an excuse …”

[suddenly it gets really windy] Going to wait for the wind to down a little.

We finished the book. We thought, “Well, if we’re going to do print on demand, why don’t we take this as an opportunity to see how far we can push the print on demand medium.”

We talked with Blurb in San Francisco. We worked with one of their print specialists and representatives. We went back and forth over a number of iterations of different qualities of books that we could produce over the course of months.

It turned out that actually print on demand is a lot more limited than we ever thought. The number of papers you can use, the types, the kinds of covers, the cloths, the bindings, all of that is pretty locked down from within print on demand ecosystem.

By this point, we had spent about two months. The book that we had spec’d on print on demand would have cost $70 to $80 per unit. The minimum order, we were told, would be about 200 units.

Those economics don’t really work out for anyone because we figure that the max price for a book like this would be about 100 bucks. It just didn’t make sense to do it that way.

If we were going to go to a scale of 200 books, we might as well go and do offset printing. I emailed my printer in Japan with whom I worked with on many, many books and said, “Hey, we have this project. Are you interested?”

20 minutes later, he responds, Mr. Kohiyama-san, a wonderful guy, he said, “I’m in. Let’s do it.” Then we spent about two more months spec’ing offset materials, doing other iteration on the design.

In the course of that time, we realized, “Well, if we’re going really do this,” we decided to print 1,000 copies, “We might as well run a Kickstarter, right?” We actually shot the video around New York City. Dan and I both happened to be there by chance in August of that year.

By the time we shot that video, it already been about five months since the walk. What had begun as a project, as a book that was supposed to take five days, we just put it up online, anyone who wants it can hit print and get a copy, turned into this five month project. It still hadn’t launched.

Kickstarter video is done. The book is all spec’d out. We’ve got dummies. It looks great. It was great. We’re confident. I don’t like to run a Kickstarter campaign unless everything is done essentially.

We got to that point. Everything was pretty much done. We ran the Kickstarter campaign. We sold far more books than we ever expected. We sold about $60,000 worth of books, which was ton of books for a book like this, which is just a niche esoteric art book essentially.

In the end, we sold almost all of them. We sold them for 100 bucks a pop. The per unit cost of production, we could have gotten this down a lot lower if we had printed in, say, Hong Kong.

Printing in Japan, I wanted to support the Japanese industry. I liked working with the local companies here. I’ve been working with them for a while. The pre-unit cost was about 30 bucks a book.

If you netted out all of the hours we had put into it, if you really calculated that, and you spread $35,000 across that amount of time, I would say there was a probably about a $20 an hour salary gig, which is still not bad for a book and certainly not bad for a book like this.

Now why make an object? Why do you make that thing? Why print it out? This is the thing that was irking about those other walks. You do a walk. You have this experience, and then it disappears. How do you give edges to something that fundamentally doesn’t have an edge, that doesn’t have a container around it?

All you can do, the best you can do is do an edit of that experience. You can call some subset of moments and try to put them into a thing, into an object, an artifact, something that’s immutable that you can hold in your hands, and you can say this, “This is what we did. This is what that was.”

There’s something powerful about that, about taking an experience, taking the edgeless thing, giving it edges, putting it into an artifact, and putting that out in the world. In fact, just 30 minutes ago on this trail, I bumped into two people, two angels traveling from London, but both expats, one from Perth and the other from Italy, Sally and Francesco.

Sally, Francesco, and I started chatting. They were heading north. I’m heading south. Sally said, “Are you Craig by any chance?” I said, “Maybe.” She said, “We are here because of your book and because of the Walk Kumano website.”

That’s a really wonderful thing to experience. In the moment, total serendipity on the trail, meeting someone who’s not just there, but enjoying it so much. They are having so much fun because of this thing that you put out in the world.

Books and websites, putting those edges around those experiences is certainly a strong way to do that. Our philosophy between the book and the website — the way we split then was that the book was meant to be almost like a visual poem to the experience and really, in some ways, just for Dan and me. A selfish object.

This is the thing that we went on at a certain point in our lives. There was a lot of meaning behind it to a certain degree. We have this thing to look back on to reflect back on that to bring us back to those moments.

Even as I walk today, yesterday, and the day before, because I put that book together, there is this resonance of these moments, the moments from the book that I see as I’m walking and experience. I feel that resonance in this deep way.

I walked past a postbox yesterday. It was one that Dan shot. Instantly, I’m back in that moment. I’ve walked this trail three or four times now. There are moments like that, layered experiences, at certain touchpoints along the path that you’re brought back to again and again as you experience it.

Even on this trip, Dan, Matt, and I walked south to north. I’m walking north to south for the first time. It also turns out that, for the first time, I have gotten blisters. I’ve been walking in these boots for eight years. I’ve never gotten a single blister.

I don’t know if it’s because I’m wearing the wrong socks or my pack is too heavy. I’ve got a bunch of cameras and computer equipment, probably too much stuff on my back.

I got blisters, raw, nasty heel blisters. I’m only a couple of days into my walk. I brought bandages and gauze, but I’ve never had to use it. In fact, the expiration date on the gauze said 2015. I wrapped them up as well as I could.

It turned out that Sally and Francesco had an incredible amount of super high quality blister pack, blister gauze, and foot wrap in their med kit. They’re on the very end of their trip. They only have one more day of walking left.

They said, “As a thank you, as a payment for the website and for the book, as inspiration to come here, please let us give you this medical equipment to heal your horribly bruised feet.” If you’re listening, Francesco and Sally, thank you from the bottom of my feet and the back of them because I’m thinking that, from tomorrow, they’re going to be much happier because of you.

That concludes episode 1 of Walk in the Woods with Craig Mod. I hope you enjoyed it.

On Margins is a podcast about making books, hosted by Craig Mod.