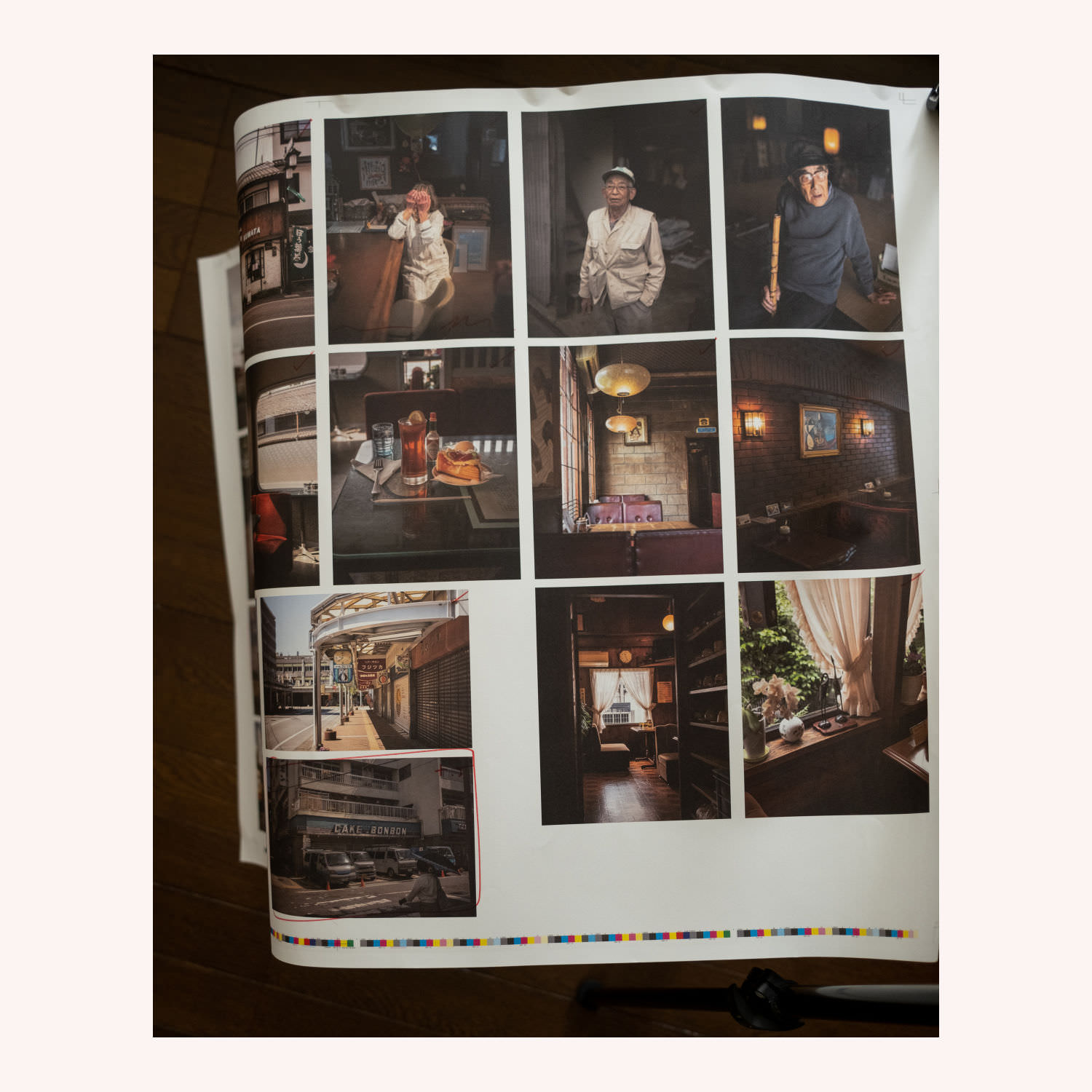 Oooooohhhhh boy, am I cross-eyed-tired right now. Keep me away from heavy machinery and InDesign files. The last few days have been a whirlwind of late-night book-launch prep spanning a whole slew of disciplines. I’ve had my marketing, engineering, design, and literary hats on. I’ve had my typography hat on for the last six hours. Zooming with talented friends galore to check last minutes changes. The long and short: Kissa by Kissa will launch for SP members on Sunday evening JST (9pm-ish), during which I’ll do a kind of “launch livestream.” (We’ll figure out what that means while doing it!) Become a member of SPECIAL PROJECTS if you want to join the livestream / early access (Yearly Members will also get a $50 coupon off the book). And then on Monday, August 3 I’ll do a wider general launch (including — obviously! — a blast to this newsletter).

Outside of book book book this past week I’ve been thinking about air travel, and walking as the air antipode. And how strange our air travel patterns were just six months ago — the fact that it was so cheap and normalized to dish out a few hundred bucks to hop on a plane and go anywhere — anywhere! — with little thought to consequence, unintended or otherwise. And how intrinsically entangled air travel was (is) with class and status, and how this new push to private jets as a kind of air “safe space” will probably only intensify in the coming years.

This was all prompted by a conversation between Lydia Davis and Johanne Fronth-Nygren: “On Making the Decision Not to Fly." It’s a good back and forth. I do think that the black and whiteness of their decisions can be difficult for others to commit to. Straight-up never flying again isn’t a realistic options for many of us who have built lives contingent on air travel bridging distances between our chosen homes and family and friends. Accessible air travel has certainly enabled a kind of nomadic renaissance in the past few decades; there’s a lot of good wrapped up in that, and it would be a mistake to forget it.

But the general thrust of dropping, or at least slimming air travel is laudable and considering most of us can’t hop on a plane anyway, now’s a good a time as any to practice mindful restraint.

The last flight I took was from LAX to HND in February. I don’t anticipate flying until at least next summer, and even that I have little hope for. I decided not to fly for the rest of this year sometime in early-April. For someone who has flown at least once (and more like 5-10x+) a year, every year, since I was … 7? 8? the decision to break that streak was, strangely, intoxicating. From Davis and Fronth-Nygren’s conversation:

To me it was empowering to reject an aspect of life that had seemed integral to my sense of freedom, something I thought I couldn’t give up. I used to feel that if I stopped flying, I would be rejecting the rules of the social and professional web I’m part of and which supports me, and that I would cut myself off from the world, limit myself, forfeit possibilities.

In recognizing a year without flight: Instantly, my schedule simplified. I took stock of what I had to work on and with and realized I have enough work to last three or four years, without going anywhere. And that, truly, I should have been baking more synthesis / work time into my life than I had previous thought.

Davis has a poignant note about the under-measured exhaustion of speaking gigs and flying around the world for a 45 minute talk: “… each of those visits required preparation beforehand and recovery afterwards, and time. They were stimulating and enlivening, but also wearing. By not flying, I’m simplifying my priorities and gaining in the peace and thoughtfulness of my life.”

For me, categorically giving up speaking engagements doesn’t excite, but the last few months have proven we can probably offload a lot more of those experiences to Zoom.

With movement apertures slimmed down I find myself: doing more walks near home, realizing how little of my own “backyard” I really know, how many unexplored alleys and paths were always just around the corner. As Davis puts it, by dropping flight: “It results in a greater concentration on the local, on valuing what is here.” Thankfully, the Covid situation in Japan is (relatively) fairly controlled — or, at the very least, is a nation vociferously embracing masks — and so I’m planning on a big, long, “serious” walk come October, once Kissa by Kissa has shipped.

The local here in Japan isn’t just good, it’s grand. Flights aren’t required to witness or participate in cultural or natural majesties. And if you put a gun to my head and said: Next ten years, no flights, what do you do? I feel like I’d have no trouble filling up that time. This country is so rich with walking history and walks to be done, that even ten years won’t allow me to cover but a small sliver of it all.

Is it a position of privilege to say that? Or just luck? I don’t know. What I do know: Saying it feels good. Feels … grounding.

And even thinking beyond that — heck, it would be a blast to take a boat from the edge of Hokkaido, across the Sea of Japan, to Vladivostok. Performing some overland insanity up through Siberia and beyond. The point being: In many ways, effortless and infinite flight has paradoxically constrained our sense of the possible, has funneled many of us to the same Instagrammable spots as others. Removing it from the equation sets in motion a forced — and potentially fertile — reckoning with the local.

The whole conversation between Davis and Fronth-Nygren is very much worth your time. Where are you falling on the future-flying spectrum? From returning to the pre-Covid norm, to cutting it out entirely?

Speaking of the local: Kissa by Kissa is local as all heck. And as an object, my goal was to bring that sense of local closeness to you all. I’m beyond excited to get this thing launched and into your hands. Thanks for all your support.

Now, if I can just manage to see the “send” button amidst this blur of light and color before me, I’ll get this out to you in 3 … 2 …

“Almost all my life, I’ve lived in Delhi with my family – 20 years and running. Everything has mostly been a walk away — friends, grocery, the park, the barber. Chandni Chowk is always a long walk, with some shopping in between. Family vacations have also been populated with long walks from one tourist place to another; the cities felt closer on walks, and walking is light on the pockets. I run because I love running. But walking? I discovered walking for the sake of walking on my first solo travel in Switzerland. My first time living solo, ever. When you’re away — torn away from everything that’s familiar, a walk helps you aclimatize to a new world. A walk helps you breathe easier between the tears. Lausanne was great for walking, and so were Zurich and Montreux. Now back in Delhi with my family, I yearn for my next walk. A pure walk.”

083
Kissa by Kissa by Book by Launch