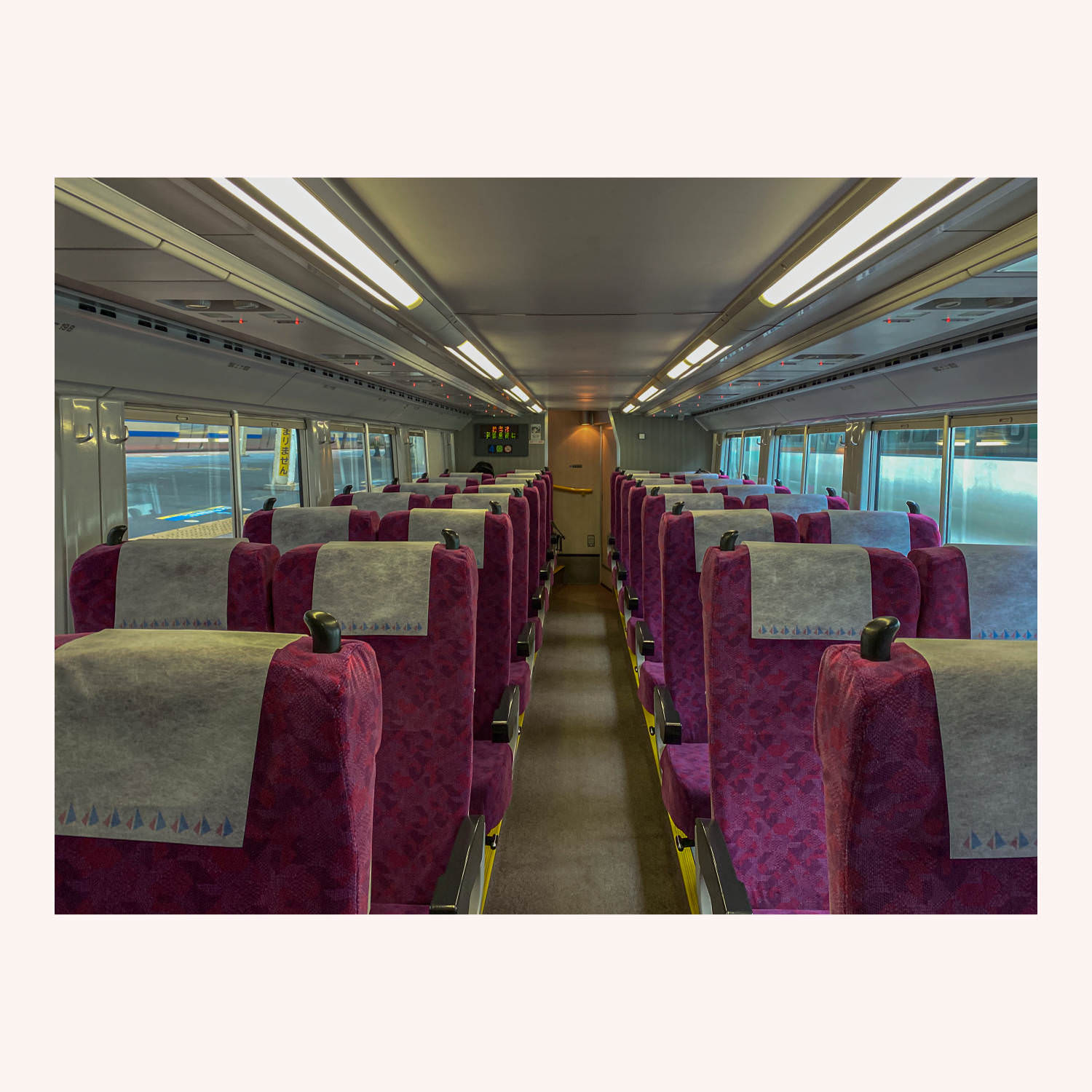 A Book from Pizza Toast — Part 2

Allow me to share some of my neuroses, ye fine subscribers to this newsletter on “walking."

Long before surface to face touching was a potential death vector, I had developed my own humorously overwrought habits of not touching or sitting where I thought most would touch or sit. Door handles are obvious points of touch-optimization. Trains, however, were my specialty.

Observe: Which seats go first? The ends. Why? Because you’re minimizing orthogonal adjacency. The end of the subway bench means one fewer person to rub shoulders with. Usually a plus. The back or front of a train car means nobody behind or in front of you. Great. But it also means these are, by habit for many, the most used seats. If you really wanna confuse folks, sit one-in from an empty bench end-seat. I suspect that this second seat is one of the least used seats on a train (if the end goes first, the next most popular will be from seat three onward, no?).

I’m thinking about this today as I sit on a north-bound train taking me towards Saitama to visit two printers to do some sorta-socially distanced meetings about making this book. It’s the first time I’ve been on this train in months. I’m in the “green” (first class) car (which costs a freakishly reasonable ¥1000 for this 60+ minute ride and whose seats are facing forward, making it easy to work) which I assumed would be nearly empty. So far, so good. Only one other guy and … where did he sit? Back corner seat. Natch.

I’m writing from a nether-zone seat. Fourth back from the front of the car. These nether-seats have better and worse choices, too. Some have full-windows. Others have a window frame blocking the view. In the spirit of total optimization against previously touched surfaces, I am in a window-frame blocked seat. I think the chances of anyone else having sat in this seat today are almost zero. And the chances of there being more than five people in this car the whole ride is also nearly zero. Howard Hughes would be proud.

So them’s the vibes here: Cautiously neurotic. Numbers in Japan are generally way down, 35 new cases (out of 2600 tests) in the entire country yesterday. Most everyone is staying home. Everyone out wears a mask.

Because — book making kinda necessitates in-person meetings. Materiality is tough to describe in text, and even Zoom can only get you so far. So I’m heading up, making my rounds with a backpack stuffed with 12kg of books I love, books that inspire, books to show what I’m going for in terms of bindings and papers.

This is also a trust building exercise — if we do a book together I’m trusting them to execute well and with care and they’re trusting I will pay a non-trivial chunk of money for their services.

This is also a walk-day. Which, to be honest, I kind of need — mentally, physically. To minimize public transit I’ll be walking the 12km or so between meetings. 12kg pack + 12km == strangely happy mind and body.

A few night ago I did a Zoom call with the editor I’ve hired to help with the project. We nailed down editorial strategy. Should have a big set of edits / suggestions from him in the next day or two.

We’re using Google Docs because … it’s simply the most full-featured tool to do editorial back and forth on a large shared doc. Google Docs’ suggestions and comments interface is pretty darn good. The versioning is solid. It’s a mess of a piece of software in other ways (despite it being fairly “new” it drags a whole bunch of incumbent weight with it) but it gets these core bits right.

I looked at Dropbox Paper, PubPub, Etherpad, Draft, and some other options. PubPub looks worth following up on. But most folks know Google Docs. I know Google Docs. I’ve used it many times in the past. Minimizing friction and maximizing time spent on text cleanup is the priority. So Google Docs it is for this round.

A few months ago I realized I didn’t have a good “home” for books online. That is, there was no good landing page to point you at if I wanted to talk about Koya Bound or last year’s SMS-based Pachinko Road. So I spent this last week hacking one together.

It reconstitutes pieces of the Ise-ji tech stack: PhotoSwipe, lazyload, and CSS grid. I’ve always wanted “full views” of the books to be available. Now there are. Check them out:

Goals for today: Hopefully have some good geeky chats with printers. See what’s possible. Get them excited. Get project quotes by the weekend. Pick a printer early next week.

Over the weekend: Go through editorial feedback, rewrite, cleanup, get the core text prepped for layout.

The goal is to have as finished a text as possible before moving into layout-land (for obvious reasons). There will be more editing happening once the text is laid out — editing around the physicality of the book page itself; trimming lines, filling out text blocks to make them sit more naturally on the page.

Members-only production livestream will happen sometime in the second half of next week. And I may do some more members-only livestreaming of press checks and more depending on the COVID situation going into June and July.

Thanks for following along. More soon. Choose your seats wisely.
C

p.s., Meant to send this on the trains on the way up but couldn’t quite finish it. Now on the trains back down. Such great meetings — hours of chatting and book geekery and 14,000 steps under my belt. It’s been months since I’ve had a meeting meeting and it’s nice to feel that shared high of the excitement around a project. More next week.

“I was born in the suburbs of Atlanta learning that seasons walked towards you temporally as you stood still in space. Now living in northern California, I’m slowly trying to re-adjust my brain to the fact that here they’re spatial; the seasons stay put and now it’s up to me to walk towards them.”

“Born in the heartland, but it felt more like the borderlands. I’ve always been a wanderer. Woods, fields, and prairies I roamed. The first time I tramped up a mountain path I knew I’d come home. I still want to walk a little further to see what’s around that next bend in the trail.”