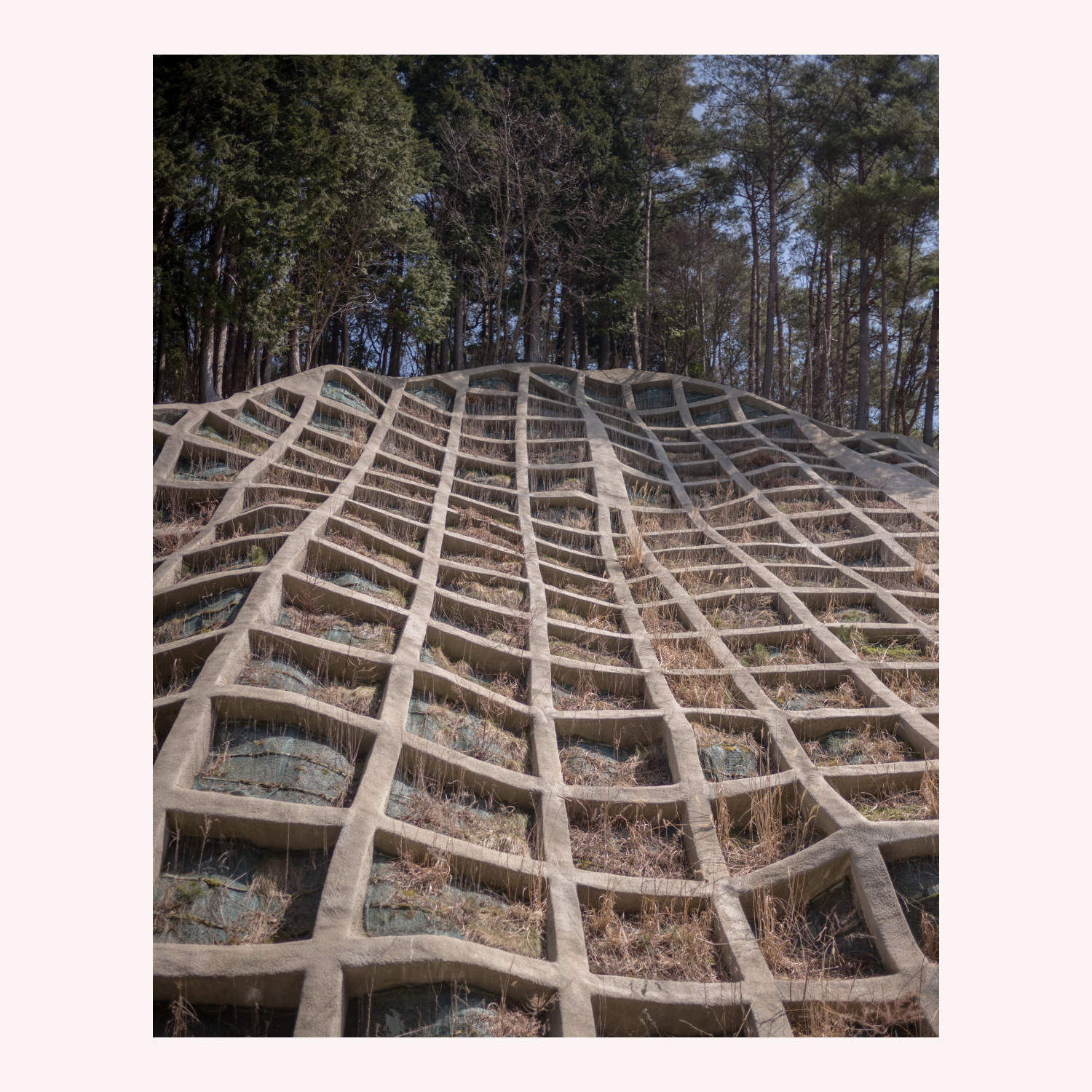 Hello from the basement laundry room of an apartment in Brooklyn. I strolled — like, fully did the stroll thing — the leafy streets of Park Slope last night and I’ll be damned if it wasn’t a perfect summer evening: T-shirt temperatures, low humidity, cool breezes. Everyone in a good mood. Weather as nostalgia. New York readers out there — if days like yesterday continue, don’t miss this chance to walk it up. Tokyoites would pay hard cash for summer evenings like these.

Prepping for my Thursday talk in Manhattan. We had a few cancellations so there are a couple of last minute tix now available. It’s going to be a bit of a “beta” talk — lots of new slides and materials. Some from Yale last week, but others going a bit deeper on the history of walks in Japan. And of course, more on the processes and thinking behind the walk-adjacent books Koya Bound and Pachinko Road.

What defines the texture of a city? In my mind, New York is a city of stone. In reality: Increasingly a place of glass. But of the stone that’s left, in my mind: No high-rise stone. Squat stone. Sure it can rise high, but some of those four story townhouses tucked away between towers in — of all places, and perhaps because of the obscenity of this place in particular — Midtown, feel just so damn quintessentially New York.

And in the last thirty years, concrete. So much concrete. Mountains covered in it. Sometimes as fluid pours, but often patterned out of molds. Sometimes with nets over the concrete, and many times with nature itself beginning to reclaim whatever small crack it can find.

Inasa Fujio calls himself a “confused game developer.” He is building a “game” called “Inaka” — which means countryside. It’s just that — a replication of the Japanese countryside through which you … can walk. That’s it. It’s a walker. And let me tell you, from the screenshots and posted videos, he’s nailed it.

It’s all stylized, but stylized in that Your Name more-real-than-reality-but-still-utterly-real way. How the Tokyo in Your Name is more Tokyo than the city itself. The art highlights the essence and surfaces of the city — stairs, railings, electric wires, signage, light, materials — and when you return to the city, you recognize what has been highlighted and realize it’s both more true than you remembered and now a kind of dream. The art is not a trick, it is a perfect distillation of the feeling of a place. It dials down the resolution of the world so we can focus. Low-res as nostalgia.

“Inaka” does the same — the resolution of, for example, those concrete walls is reduced just enough so you see the bushes beginning to sweep down, the grass and weeds grow between cracks. It’s so weird what makes Japan’s countryside feel like itself: Densities and clusters of greenery, mainly. Repeating clusters of trees breaking for small shrines, the markings and width of roads, the style of walls (some concrete, some bamboo, some wooden) around houses, the repetition of drain pipe covers. Nothing individually outstanding, but wholly unique in aggregate.

Just watching some test gameplay of “Inaka” brings me back to the big walk of April and May. Not in a “that looks like some of the roads I walked” way, but in a “Wait, didn’t I walk that very road?” way. Fujio has a great eye. And his Patreon page gives insight into his methods.

Texture is, almost by definition, detail. But replicate something with a lot of detail — but not all the detail — and that replication falls into an uncanny valley. It somehow loses the essence of place. Perhaps only twenty or thirty percent of texture truly defines a place’s tone as seen or experienced first hand. Finding, highlighting, amplifying that subset of texture is, I suspect, where even more nostalgia lies.

“Torn from the mountains of Uttarakhand, a childhood spent roaming the hot, dusty plains of North India, clambering up mango trees and diving deep into the murky depths of the Ganges, dredging for coins and dodging corpses. Adolescence found me meandering over the Californian wilderness, trailing Muir and Kerouac, in search of meaning within and without. Now I live on an island city with an identity crisis, a city reclaiming itself from the sea inch by foot by mile, losing parts of itself with every monsoon landslide and then replacing them with steel and concrete the next day. And in the distance, there are still mountains, patient, like the Buddha.”

“Born and raised in the US but given a taste of South Africa that has either kept me from fitting in or freed me from fitting in, depending on the in. Never quite feeling at home but starting to not need to, my roots have grown into what I do and who I am, not my address.”

“I was born and grew up in Italy to US American parents, so I’ve always felt homeless to any specific culture which has made me be able to feel rather at home anywhere. Now I live, walk, and ride tiny buses in Arequipa, Peru, where I walk my 3 year-old daughter to school and she says “hola" to everyone she sees. Teaching her to walk and greet is one of my greatest joys. That, and channeling my inner-Italian by making wood-fired pizza for neighbors to create community in my neighborhood. “