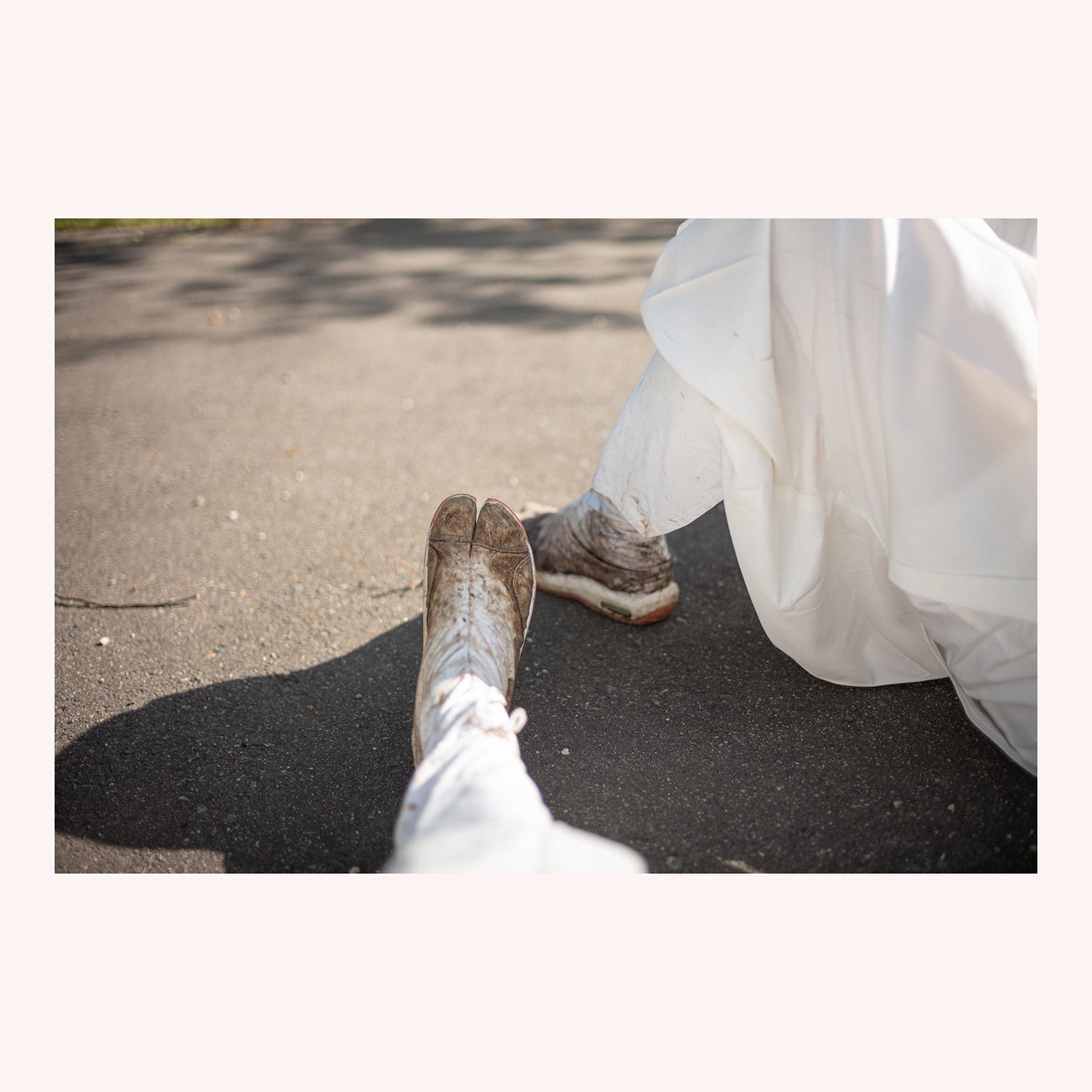 First, some technical newsletter housekeeping. Something very strange just came to my attention: You are not allowed to include Amazon affiliate links in emails. Say what? But, there it is, in the Amazon Affiliate Terms of Service.

Affiliate link on a webpage? No problem. But if that webpage with the affiliate link is sent via email to someone? Violation!

Amazon affiliate links account for a small but non-trivial amount of my yearly income. Most of those clicks happen from emails. That stream just dried up overnight. Thankfully the Explorers membership program is a much better way to support this newsletter (and my other work). Please consider joining. And a big thanks to those who have joined. It feels good to have independent ownership over income streams.

Just this past Friday I went on a thirty-five kilometer walk along an old mountain path in Yamagata, Japan. I was walking with a crew of thirteen yamabushi, Japanese mountain ascetics. This was a walk of “official” shugyō, or ascetic practice, connected to Haguro Shrine.

From my WIRED piece, on my recent “unofficial” shugyō along the Nakasendo:

I told an old woman about my schedule and she asked me, “Is this an ascetic practice?” I laughed in the moment, but then for weeks as I walked, I turned her question over and over in my mind. The grueling pace. The boredom. The pain. And then doing it over again the next day. It certainly starts to sound like an ascetic practice.

What makes an ascetic walk bona fide ascetic as opposed to merely accidental ascetic? Intent, for sure. You know: Putting on that classic ascetic mindset of shutting up and focusing and folding your brain into your own belly for hours or days on end.

But also — and let’s be honest, this is the big one: Clothes.

I love yamabushi clothes. I wore them last year in July as I participated in a different set of ascetic practices. And this past Friday I was happy once again to don the all-white size-free outfit. (Big caveat: I am in no way an expert on ascetic fashion, and so may be completely screwing up the naming. Please correct if you see anything out of wack.)

The morning of the walk went something like this: Wake at 3 a.m. in preparation for a 4 a.m. departure. Everyone up. Futons folded. A bunch of men standing naked in a dimly lit tatami room. (The women are next door putting on the same stuff.)

Now, to clothe ourselves:

First the fundoshi, traditional undies — essentially a long rectangular cloth with a string sewn into one side. Tie around your waist, tug the cloth under, between your legs from behind, up and loop through the string, pull the remaining tongue of material to take up the slack. Everything snug. The leftover fabric hangs in front. Works surprisingly well.

Then the hakui/hakue, a kind of lab-coat like top-layer — a shortened, bleached yukata, you could say — that comes down to just above your knees, left-over-right, tied in the middle with a thin obi sewn onto the back.

Next, the mountain focused hakama, or yamabakama. The star of the show. Gloriously size-free. Like putting on a giant pants sandwich. Step into the infinitude of leg-hole, and pull up the front sash above the navel. Wrap the attached obi around and tie at the back. Sloppy is OK since you then pull up the rear half of the pants, notch a little plastic tab into the just-tied sash (all this cloth is heavy), and then wrap two more fat obi bands around the body, tying in front, making a bow, securing it all, making you feel kinda bulletproof, like a lovingly tucked in adult-baby. The vast leg hole issue is solved by tugging on a rope sewn into the cuffs, evening it out, cinching tight, and tying the rope around the back of the calf, just below the knee. You now have ancient Hammer pants, billowing, pure, can’t touch-able.

Then the strange kyahan, cotton shin guards, gaiters. Triangles of cloth, tied once at the top above the calf and once below, at the ankle.

Slip into split-sock tabi. Tie a hachimaki around your forehead and catch a glimpse of your now totally tricked-out, mountain-ready, cosplay-cranked, ascetic-prepped self in the darkened window. Ready to die, wrapped in funeral garb as you are.

Executed properly you’ll get two giant air vents running down the outside of your thighs, but ending just above the bottom of the hakui, so no skin is visible. The whole getup is unexpectedly durable, and despite all the tying and floppiness, I’ve found it to survive twelve hours of hiking in the mountains, up and down rocks, through thick grass and overgrown swamp, without nary a snag or need to re-adjust.

It is all cotton, though, so when you’re wet, you’re wet. And during the three or four or five or six day asceticisms, where you don’t bathe, don’t change clothes, don’t even (technically) brush your teeth, the whole getup becomes ripe in a communal funk sort of way. That funk level is mitigated by nightly smokings, but that’s for another mailing.

For now it’s 3:50 a.m. and we head downstairs into the very pale, unseasonably chilly air. Nobody can believe how ideal the weather is. Perfect walking weather. The dawn sky is clear. The moon wanes gibbous above the towering torii of Yudono. We fasten up our jikatabi footwear and get in line, ready for the walk to begin.

“Originally from Australia, but Hong Kong has been home for twenty years. This past week, I have walked the streets of Hong Kong with two million of my fellow Hong Kongers, witnessing the power of a walk, multiplied, to effect change.”

“Torn from the corn husks of a mid-western farm town, Watseka. Named by the owner of the local trading post after his Native American bride, Princess Watchakee. Often on my walks I think of the layers of information and story of place. The legends of the past there to be rediscovered by those who care to ask. What joy to cast a title to space and bring immortality to a loved one.”

“Born a bastard, put up for adoption, briefly a baby orphan soon taken up and held by wonderful, square parents. Surrounded early by books, still am.”