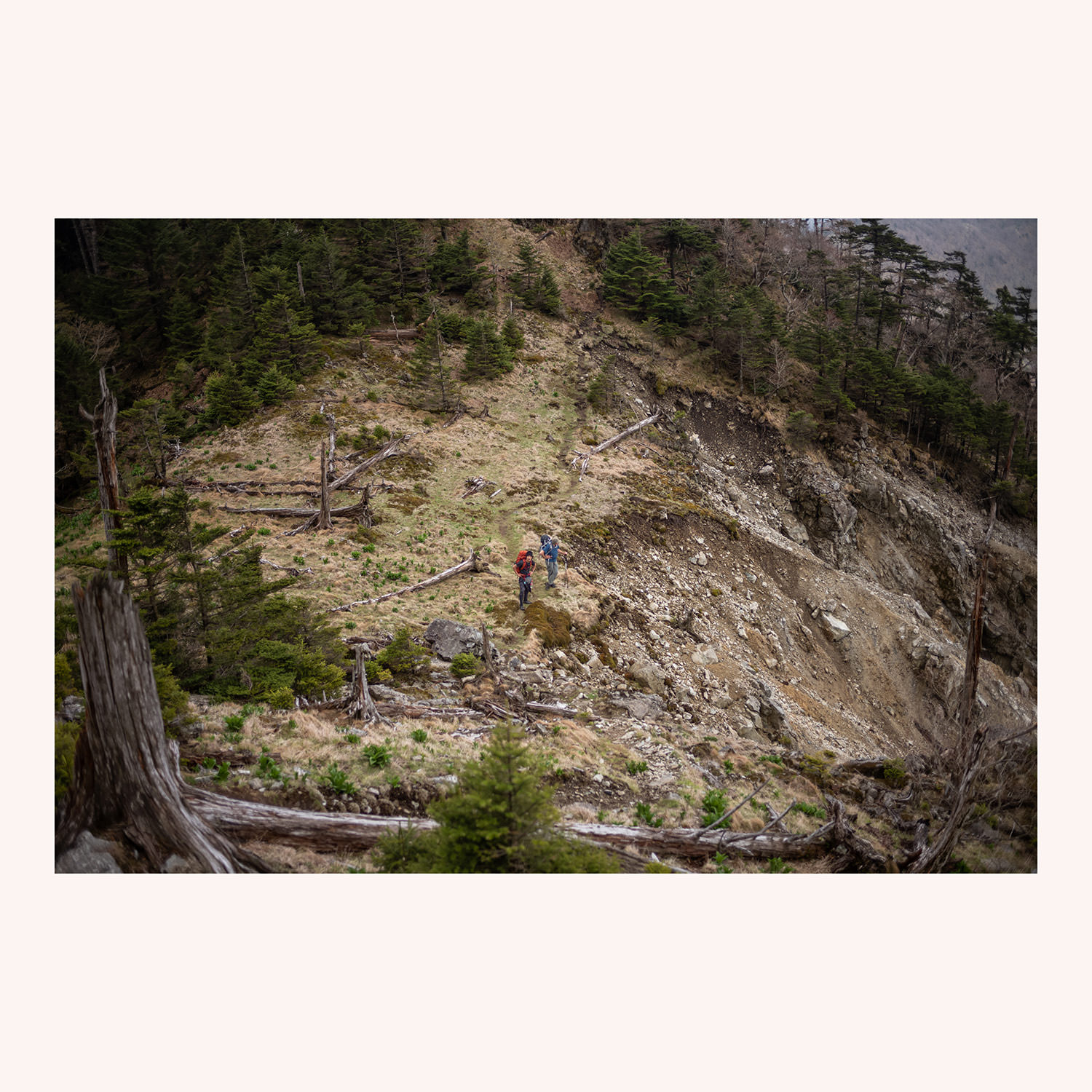 Thank you! for all the bio blips. Some fifty of you wrote in — some with a sentence, some with 2,000 words — with bios from Ireland, Dehli, Oregon, Manilla, and more. This should almost get us to the end of the year. The call for bios is always open. Write in if you feel the pull.

John Fowles, in The Tree writes:

“Nowhere but in the woods are the two great contemporary modes of reproducing reality, the word and the camera, more at a loss … the woods defeat view-finder, drawing paper, canvas, they cannot be framed; and words are as futile, hopelessly too laborious and used to capture reality.”

It’s true — photographing the woods is tough. (Which is why vistas, views, lookouts are so readily photographed.) There’s just so much information packed into every square meter, and, on a sunny day, so much contrast. I find woods can only be reliably photographed on rainy days, mist abounding, giving shape and depth to the otherwise shapeless and boundless.

Since returning from my big walk I’ve attempted hyper-vigilance around free-time media consumption. The days of the big walk felt so full. I’m now suffering from an increased sensitivity towards wasted time. In my last Roden I ask:

In fact, does this exist? A subset of YouTube that’s curated, and contains only the best of education videos? That blocks the rest of the service aside from those videos?

And yes, it does exist, sort of. It’s called the Criterion Channel. I don’t know if it’s available in your region, but it works great around the world if you happen to have a US Apple (iTunes?) account.

The Criterion Channel is just a Good Thing. All good stuff. Additive to a life. I thought of it because I asked a friend if they had seen some latest Netflix nothingness and he turned to me as if I were insane and replied: “Dude, I haven’t even watched all of Fellini yet.”

The Criterion Channel has a 1980 documentary called “Werner Herzog Eats His Shoe.” In it Werner (eats his shoe and) says something at 00:02:20 that caught my attention (and is relevant to us):

I’m quite convinced that cooking is the only alternative to film making. Maybe there’s also another alternative — that’s walking on foot.

Of course I then went on a hunt for Werner and walking and came across this essay of his from 1974: “Werner Herzog Walks to Paris”. The premise is beautiful:

At the end of November 1974, a friend from Paris called and told me that Lotte Eisner was seriously ill and would probably die. I said that this must not be, not at this time, German cinema could not do without her now, we would not permit her death. I took a jacket, a compass, and a duffel bag with the necessities. My boots were so solid and new that I had confidence in them. I set off on the most direct route to Paris, in full faith, believing that she would stay alive if I came on foot.

Why walk? For these reasons and more. For no sense and nonsense. Because an impossibility can’t be fixed but moving can possibly fix the self. So, move!

Werner moved. And was moved: “Outside in the cold, the first cows; I am moved.”

The essay reads like half-second blips on a film reel:

A glove in the field, soaking wet, and cold water lying in the tractor tracks. The teenagers on their mopeds are moving toward death in synchronized motion. I think of unharvested turnips but, by God, there are no unharvested turnips around. A tractor approaches me, monstrous and threatening, hoping to maul me, to run me over, but I stand firm. Pieces of white polystyrene packaging to my side give me support. Across the plowed field I hear faraway conversations. There is a forest, black and motionless. The transparent moon is halfway to my left, that is, toward the south.

Werner knows the best he can do with words is this patchwork flashing. Nobody wants to read a blow-by-blow diary. In a way, he’s building up trees from moments. As he walks through villages, his own forest, meristems from emotion.

Fowles, back in The Tree writes:

But trees warp time, or rather create a variety of times: here dense and abrupt, there calm and sinuous — never plodding, mechanical, inescapably monotonous.

Werner Walk Time is tree time. It’s bobbing consciousness time. Bobbing consciousnesses follow sinusoidal arcs. Ultimately, like any good walk, it’s a meditation. As Werner writes in his introduction: “Besides, I wanted to be alone with myself.”

“Seeking some kind of quiet union with an unknown destination. Believing it was out there in some remote and undiscovered country. Came to realize that this desired place is everywhere and it’s Me that keeps obscuring the summit. Now the journey never ends. “

“My shell is Panipat, a small satellite town of Delhi famous for manufacturing rugs for Pottery Barn and West Elm. I escaped the textile business and ran to Mumbai to make films. Having rambled all over the English countryside while studying Sociology at Cambridge, I seek opportunities to walk and run in places away from concrete streets of Mumbai. I invent imaginary friends to help me run farther than my body’s limits. My favourite imaginary friend - an indefatigable African runner called Ktulu who shows herself just when my breath is running short.“

“Seeking some kind of quiet union with an unknown destination. Believing it was out there in some remote and undiscovered country. Came to realize that this desired place is everywhere and it’s Me that keeps obscuring the summit. Now the journey never ends. “