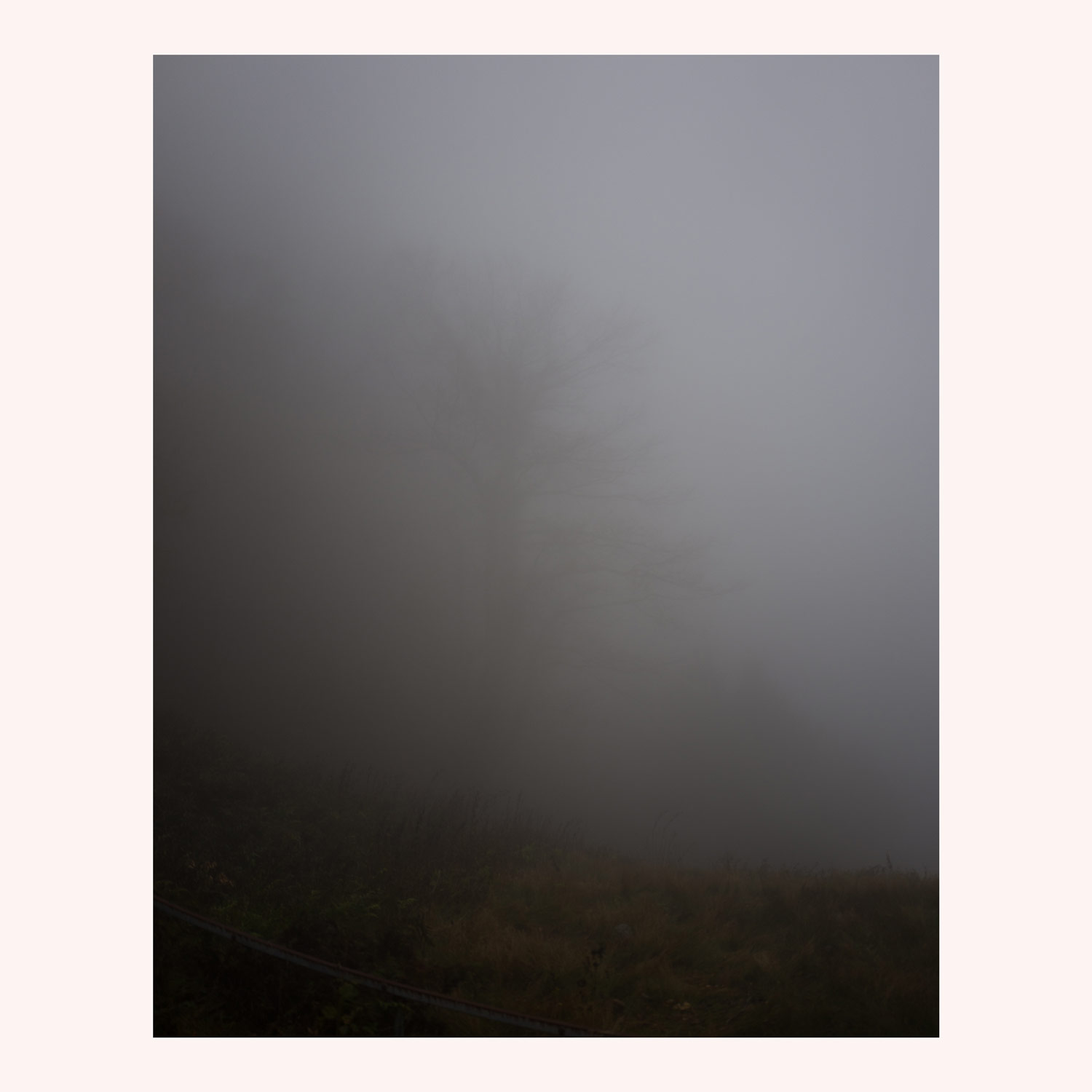 Many a careful reader wrote in last week to question my math on the 1,000 day kaihogyou distance circumambulated by the monks in Hiei. A classic case of measure once, cut twice. I spat out 3840 kilometers, when it should have been 38,400 kilometers. (I thought that number felt a little thin.) Anyway, much more impressive of them to be walking, essentially, the circumference of the earth (40,075 km) than a little more than the length of Japan.

Just a gentle reminder: This newsletter is made possible by SPECIAL PROJECTS. If you’re enjoying it consider joining.

I have an edition of FSG’s 1981 hardcover printing of John McPhee’s The Pine Barrens — his study of the woods folk in central New Jersey. It’s an incredible book — both as an object and in content. The proportions, margins, paper, type, voice; all a joy. I was reading it over breakfast when I came to a passage about charcoal. And how charcoal used to be a major industry for the Pineys, as the people there were both pejoratively and lovingly called. But then a large cache of coal was found in western Pennsylvania, and “coal beat charcoal in almost every way.”

Without a culture of charcoal, folks around the States upgraded to “briquettes” instead of charcoal. Charcoal was just a means to an end, a way to produce heat, not a thing to be adored or worked with. Although — the people of the Pine Barrens saw things more clearly, had an inkling of burnt tree culture — and one of the old Pineys had this to say:

“These here charcoal brick-a-bats, or whatever you call them, that they sell — look at them, all you have to do is look at them. You know they didn’t come from no tree.”

What does this have to do with Japan? Well, in Japan, charcoal — real, serious, gorgeous, perfectly proportioned, cylindrical, rings-like-a-chime when you clank ‘em charcoal — is still very much a thing. Stop by one of the classic taiyaki shops in Azabu Jyuban or Kamakura and what are they cooking their anko filled pastries with? Charcoal. Why does excellent yakitori taste so good? Charcoal. When you hit up a grilled fish shop, where does that delicious bitter crisp on your kamasu or sawara or hokke come from? Charcoal. And when you’re at an inn in the countryside and they present you with a river fish impaled on a stick — when you shove it in the sand pit for cookin’ what’s sitting right below? Oh, yes, charcoal.

Charcoal is also a critical element in sado or tea ceremony. And so you can imagine that there isn’t just “charcoal” in Japan, but whole constellations of charcoals all with specific properties for specific use cases.

One of the more famous charcoals is called “binchotan” — so famous you can even find slightly wishy-washy “health” information about it in English (for the most part that site speaks the truth, but I don’t think wearing it as part of a sleeping mask will help much). Binchotan is most well known to be produced in Tanabe City, Wakayama Prefecture, if you’ve ever walked the Nakahechi route along the Kumano Kodo, you’ll have likely passed through Tanabe and therefore a bit of charcoal country.

Binchotan is made only from ubamegashi oaks, which grow slowly, developing an extreme density. They’re cut down, dried, then fired for weeks in giant kilns. Eyes on the smoke, the colliers look for a shift in color indicating all impurities have been burned out. If you want to see how charcoal — not necessarily binchotan, though — is made, here’s a good Primitive Technology video.

Binchotan’s ace up the sleeve is that it burns extremely hot with almost no flame and no smoke. This is because of its particulate density and reduction to almost pure carbon by the slow firing process. It shines, metallic-like. And so it is called a “white charcoal.” Its eponym is an Edo-era man named Binchoya Chozaemon (備中屋長左衛門).

Perhaps the most interesting historical-contemporary use of charcoal is in ascetic ceremonies. Especially those of the yamabushi or shugenjya Shinto mountain ascetics in Yamagata Prefecture. The annual training lasts close to a week and involves a whole lot of walking — up and down and around the Dewa Sanzan mountain trio. Each night — after an exhausting day on their feet — the practitioners gather in a small room. In one corner sits a brazier loaded with — you guessed it — charcoal, and atop that charcoal is piled a stack of togarashi chili peppers. They smoke the room, and you chant while the smoke burns your eyes and nose and lungs. I participated in this last year and it’s as uncomfortable as you’d expect. And it would feel just plain wrong to make that smoke on a gas or electric burner.

If you walk the 88-Temples path in Shikoku you’ll pass through Kiragawa along the coast. Another town with charcoal in its history, still producing it today.

So how long does it take for a culture of charcoal to take root? Longer than those of the Pine Barrens had it seems. They arrived in the 1700s and the charcoal industry was finished by the mid 19th century. If you take a long walk in the woods of New Jersey, somewhere along the cranberry bogs, past the blueberry fields, down an old dead-end sand road you might make out the outline of where charcoal mound or furnace once stood. Maybe, but probably not. It wasn’t quite able to settle.

“As a student I used to hike quite often, sometimes alone, in the mountain ranges on the southern Polish border to Czech Republic and Slovakia. In the 90s, some parts of it were still quite wild and empty (especially the Low Beskids mountains, where after the WW2 the local Lemko folk were forcibly resettled and the valleys were practically deserted for decades). It was not always safe - watching out for brown bears was a must. But even more so exciting. "

“As I have often said, my destination is ‘South, until I see penguins.’”

“Walking was the first freedom I had, so I used it as much as possible. Walked home from junior high, much farther than necessary, and experienced my first kiss. Walked along the dead railroad tracks behind my apartment, reading as I went. I’d see coyotes and deer, and people sneaking sex behind the factory nearby. Read some great books too.”