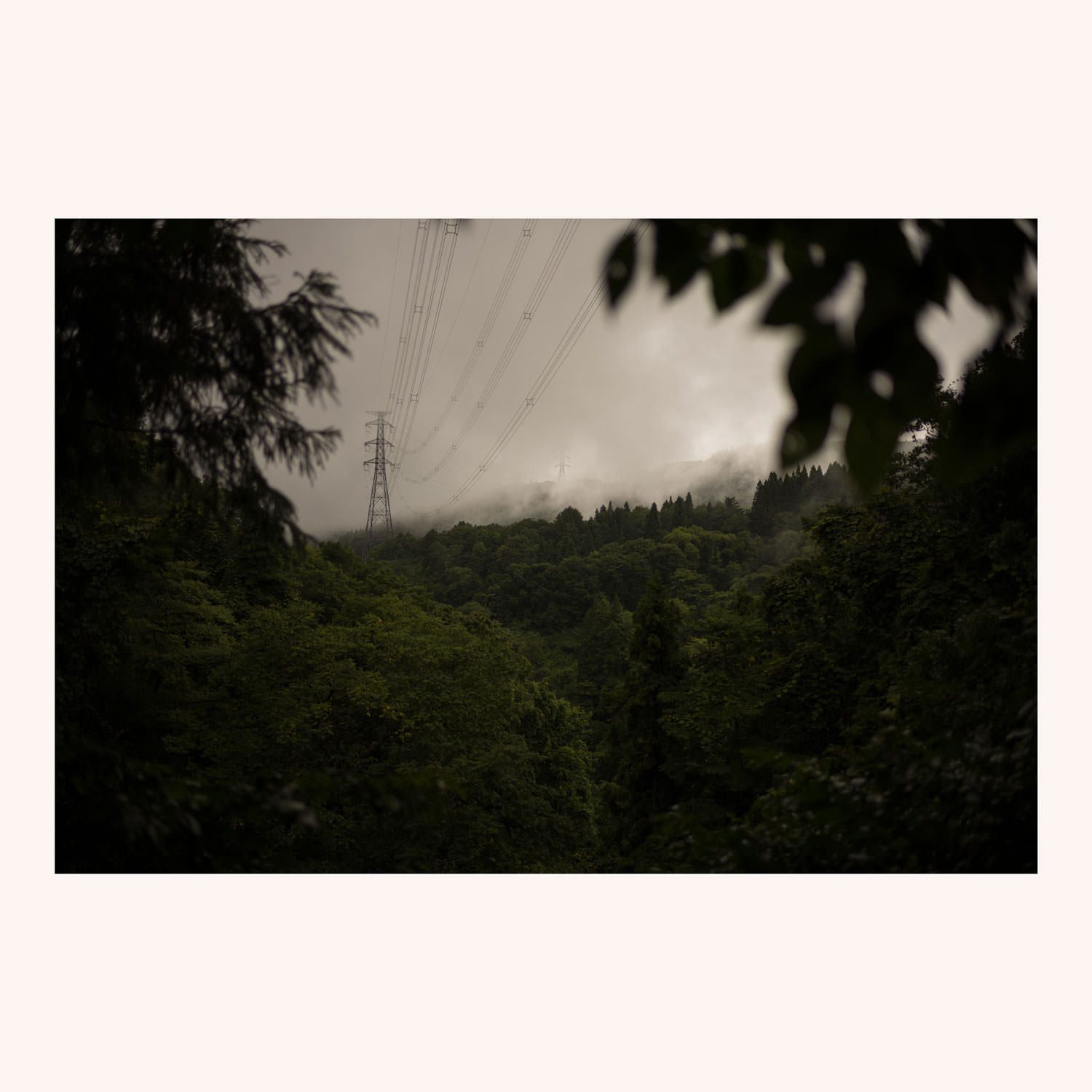 Hello from a slushy New York where I’m at the tail end of a CERN, London, NYC trifecta of digital archeology, book design, and meetings meetings meetings. If all goes well, this transmission is being sent from some thirty-thousand feet in the air, heading home to Japan.

A gentle reminder: This newsletter is made possible by SPECIAL PROJECTS. If you’re enjoying it, consider joining. Thanks.

An eerie sense of … parallelisms? pervade my Japan walks. Something like: We’re walking now but others have walked before — these very same paths, same steps. Others have walked past similarly gnarled trees, past tea houses once bustling and functional, and then, past the same stone-foundation remains of tea houses we now pass. And on and on, through the encyclopedic array of things a walker in the woods of Japan may see.

And what of geographic concurrency? The walkers on the other side of the planet? What did it mean to walk the open western countryside of the United States in the Edo Era as folks in Japan walked the Nakasendo? In “In the Distance,” Hernan Diaz paints his imagined portrait of walkers (plodders?) in an early 19th century America:

Because the beginning and the end of the caravan curved behind the horizon, from afar the train seemed to be motionless. It was only when he got closer that Håkan made out the heavy-gaited beasts pulling ponderous wagons, and, trudging next to them, a multitude of men, women, children, and dogs. Few people rode. Nearly all saddles were empty; most seats were unoccupied. Marching alongside their teams, the drivers cracked (and sometimes applied) their long-lashed whips and encouraged or insulted the yoked animals. Everyone was young, but they all looked old.

A walk that wearies. Walking not in circuit or pilgrimage but towards promises.

Compare then to William Scott Wilson’s description of the walkers walking great swaths of Japan at a similar time (or even earlier, still) in “Walking the Kiso Road”:

… the most numerous travelers on the gokaido — and particularly on the Nakasendo and the Tokaido—were the yuusan ryokyaku, people traveling for pleasure. These people could be townsmen, farmers, groups of women who had left home for a while with or without the permission of their families, shop boys who simply decided to take a break from work, and even children who begged for alms along the way. Most of these claimed they were on pilgrimages, and many were, but the fact was that “pilgrimages” had become a sort of recreation—an excuse to get out of humdrum daily life and to see places other than home. Not much was required in equipment, after all: a good pair of straw sandals, a paper umbrella or an oiled paper coat against the rain, and perhaps a straw mat to lie on in an emergency. These and almost everything else could be supplied in the numerous shops and teahouses along the way.

A culture of walking. Walking with edges, boundaries, definitions. And one where the caravans sometimes stretched for weeks.

Wilson continues: “The most famous journey along the Nakasendo is, perhaps, that of the princess Kazunomiya, who traveled to Edo in 1862 [precisely when Diaz' novel takes place] to marry the fourteenth Tokugawa shogun, Iemochi. Her retinue consisted of some twenty-five thousand men, which backed up some of the more difficult passes for weeks.”

Eyes wide open, wandering Manhattan it’s difficult not to ask: Is New York City falling apart? I suppose, technically, it is, perpetually, given the amount of scaffolding everywhere you look. Scaffolding as a permanent fixture of older buildings.

I walked about thirty kilometers around Manhattan last week and wondered more than once how many steps away I was from a wayward brick or hunk of terra-cotta crashing down off the Flatiron.

Tokyo is a city without sidewalk scaffolding, but perhaps it deserves some considering a man was impaled by a falling pipe in 2016 in Roppongi. (Tokyo, in reality, does a scaffolding trick: look up, and you’ll see, the lattice has been raised off the ground a few stories, held out at an angle (perhaps not enough of an angle in Roppongi), keeping the pedestrian zones airy and light.)

On walking in New York, Auster wrote, in “City of Glass”:

On his best walks, he was able to feel that he was nowhere. And this, finally, was all he ever asked of things: to be nowhere. New York was the nowhere he had built around himself, and he realized that he had no intention of ever leaving it again.

Maybe cities excel at this kind of erasure? When I walk cities I rarely feel that sense of past-people or rituals I feel in the mountains of Japan. The reasons are obvious of course: nature is as nature was, mostly. And so it doesn’t take much imagination to project back a few hundred years.

Diaz, in his novel, attempted to ease the reader back as well. In a The Paris Review interview he describes his technique:

I read widely in writing this novel — travel and nature writing from the nineteenth century, a very robust diet of nineteenth-century novels, even guides to gold fields. I read mainly for little objects, little quotidian situations, little tactile moments. A big concern was to keep the language as closely to the nineteenth century as possible—again, in an inconspicuous way. For example, as I was reading the proof, I found the word massage—I almost had a meltdown. I worked a lot with the unabridged Oxford English Dictionary, which gives the earliest recorded appearance of each word, and I tried not to have anything whose first use had been recorded after 1850. I hoped that over 250 pages this would create a certain atmosphere the reader would involuntarily feel, almost like a scent. This seemed more interesting than simply bribing the reader with little lexical tchotchkes from the past.

The old roads in Japan have their own tchotchekes, but for the most part contain something “like a scent,” which is, above all, fun, and is perhaps the thing most easily lost in the chaos and nowness, the inherent “nowhere,” of the big cities, and those dusty plains of the old west.

“What I was torn from ? “yacht, pipe, hedge-fund, tweed, golden Maserati”, only the Parisian kind.”

“I’m a poet, composer, essayist, and video and fibre artist from the Canadian prairie. A few years ago I was also a performer of music, movement, and text. Recent illness has meant no walking for me except within, or through words on the page, or through stitches slowly in cloth. “

“At 18 I read Jitterbug Perfume and realized that there was a there out there, so I joined the Army where walking and travel, always under so much weight, were a way of life. I left the Army, but still can’t sit still long.”

“I spent the first half of my childhood in Jakarta, until our family moved back to India. I often dream of going back.”