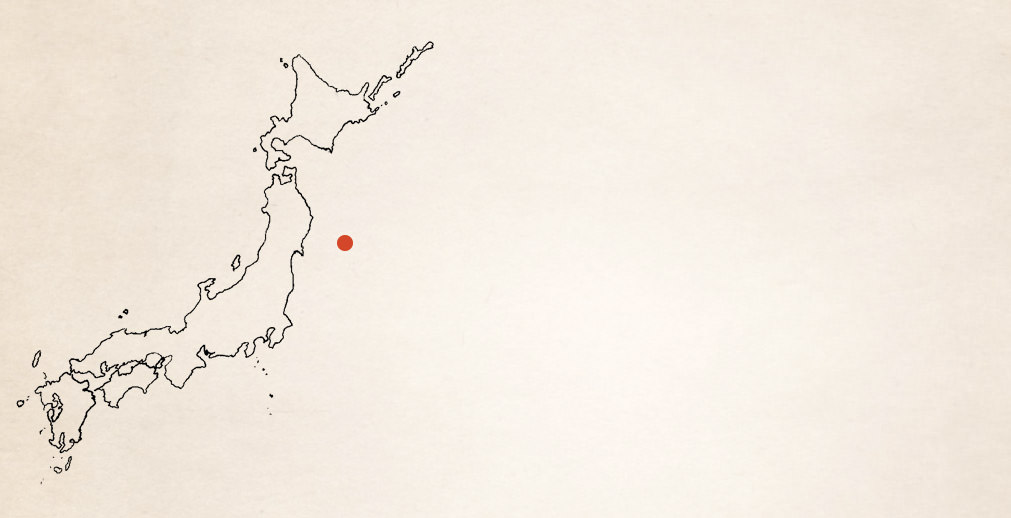 The value of simple systems in moments of crisis

In April of this year, I had the privilege of speaking at CreativeMornings’ San Francisco1 chapter. This was a honor for me on a number of levels, not the least of which being I had attended the very first Creative Mornings in New York City some three years prior. It was there I first met Swiss Miss.2 I have a lifelong hobby of closing loops, and so being able to speak at the San Francisco Typekit office, looking out over the city on that bright and sunny April morning, allowed me to close yet another.

The talk was called A Strange Flight. And it grew from a recent trip I had taken to Japan. A trip in which I arrived in Tokyo just hours after the 9.0 Sendai Quake. You can watch the talk here:

The more we’re involved with the creation of systems — be them iOS, HTML, EPUB, literary or photographic based — and the greater the reach of these systems, the stronger I feel shift the definition of our role as “designers.” There’s a growing obviousness that a designer must be holistic. That a designer must be someone who understands the output from the perspective of user, engineer and audience within the context of entertainment or business or social change. As someone who attempts to empathize fully with all perspectives (or at least those currently perceivable) and desires with an eye towards the functionality of the system. And synthesizes those desires organically, quietly and genuinely into the interface and user experience.

So, considering this, I’ve begun to operate under the ethos of:
Great design is born from nourishing habits

And, perhaps, as an addendum:
Great design is born from constant application of nourishing habits across all life experience.

While my intent for 2011 was one of placidity and predictability, it’s been anything but. Arriving in Tokyo on the day of the earthquake has been one of several aberrations this year. And it has been because of these aberrations that I’ve started to recognize this underlying philosophy in my work.

The three core habits informing the ethos are:

By constantly working towards empathy in any situation, you are inherently being non-dismissive. And if the goal is to achieve a holistic empathetic stance, then you need to understand a problem on both micro and macro levels. How does this problem affect components closely tied to the system? And how does it affect the greater macro ecosystems of which it’s a part?

Arriving in Tokyo on the day of the quake placed Twitter and Facebook into interesting and well defined use cases. Twitter was overwhelmingly the go-to service for first-person reportage on what was happening during the quake. In fact, I used Twitter to go back in time and “relive” the moment the quake hit for a number of my friends. I was able to experience the quake through their eyes and immediately perceive — on a tremendously intimate micro-scale — the gravity of the events.

The more I used Twitter to understand and check on the safety of friends, the more I realized there was — dare I say — a moral obligation on the part of Twitter to provide easier access to this archival data. In fact, weeks later, when I was first gathering data for my talk, I found it nearly impossible to scrobble back in time and capture — with granularity — these first-person narratives that so uniquely and spectacularly defined the experience of being in Tokyo during the quake. That I had to work hard for this data seemed to be a sad shortcoming of the Twitter interface. And it made me wonder how many other folks would benefit (emotionally, psychically, educationally) from access to well mapped contingencies of Twitter data.

Being there on the ground during this event, and having that hyper-local perspective allowed me to see precise changes in the way social media was used. After the intense initial reportage period passed (by Saturday), Twitter devolved into a sort of Kaczynskian-esque chamber of conspiracy. The government was lying! (Turns out, they were.) and we were all on the verge of death! and acid rain was coming! and take your iodine tablets! now! to save yourself before it’s too late! and! and! and! Which did nothing to quell or calm fears. And none of which were based on verifiable facts. (“A friend in the government told me … !”)

On the flipside, Facebook, largely ignored during the first-person reportage period of the quake, shined as the place for communicating with family. I witnessed friends in Japan posting constant updates and photos as to their whereabouts. And saw family members from around the world react with happiness and relief.

This clear bifurcation3 of use made me wonder why we turned to these services in these ways. It’s hard to see it boil down to anything but design choices.

There are four design reasons why I think we all run to Twitter to perform first-person reportage:

It’s also interesting to note that there are now effectively two Twitters:

In both cases, the notion of an archive plays different but important roles. Particularly, in the case of reportage, Twitter could provide smart meta-data groupings (geo, for example) to aid in surfacing and consolidating historically resonant narratives from the muck.

Facebook, on the other hand, has been guided by a very different set of design decisions. In contrast to Twitter:

I don’t mean to imply one is better than the other, simply that the differences in use cases stem from core design decisions. The fact that the mobile Twitter app is so simple, and its purpose so well defined means most people thoughtlessly and immediately turn to it in times of crisis reporting. The same simplicity comes back to bite it when the reportage ends and the conspiracy begins — echoing sentiment through retweeting is a totally effortless, mindless task. Sound-bite like comments, without any basis in reality, spread like wildfire.

That said, once the dramatic first-person reportage ends, the mundane reportage (all clear over here, no dead animals from radiation poisoning, ramen shops still open!) becomes eminently useful. For the first time ever I want to know you’re eating a sandwich. And certain folks become powerful resources as news curators — filtering the chaos to provide a stream of links to rational articles and sources.

It’s through building the habits of a constant effort towards empathy, non-dismissal and perspective shifting that we designers become more aware of motivations behind use cases in products we create or use. Without understanding the psychology and motivations of use, it’s nearly impossible to create genuine interfaces. And without real empathy, you’re often left with surface design and no substance.

This video speaks mainly my experience during the events in Tokyo. But each piece of the talk is meant to emphasize embracing the three tenets of the above ethos — even in the most stressful situations. Of making them a habit that is defining and informative not just for ones work as a designer, but also in ones life as a creator.

As for Twitter archives — it’s a hard problem. And I can see how it might not be a top priority within the company. But I hope that there is a sense of how important the right interface to those archives can be. And how surfacing the stories captured within Twitter’s efficient reportage ecosystem could be one of the company’s strongest, most beautiful assets.

Craig Mod is a writer and photographer based in Japan, though is often in New York City. He is a MacDowell Colony, Ragdale, and VCCA writing fellow. His essays and articles have appeared in Eater, The Atlantic, California Sunday Magzine, Wired, Aeon, New Scientist, Virginia Quarterly Review, The New Yorker, The New York Times, The Morning News, Codex: Journal of Typography, and elsewhere. You could join his mailing lists: Roden & Ridgeline.

A few notes on gear for the long walk

As We May Read

From print to digital and back to print

A Need to Walk

How and why we walk and how to walk better