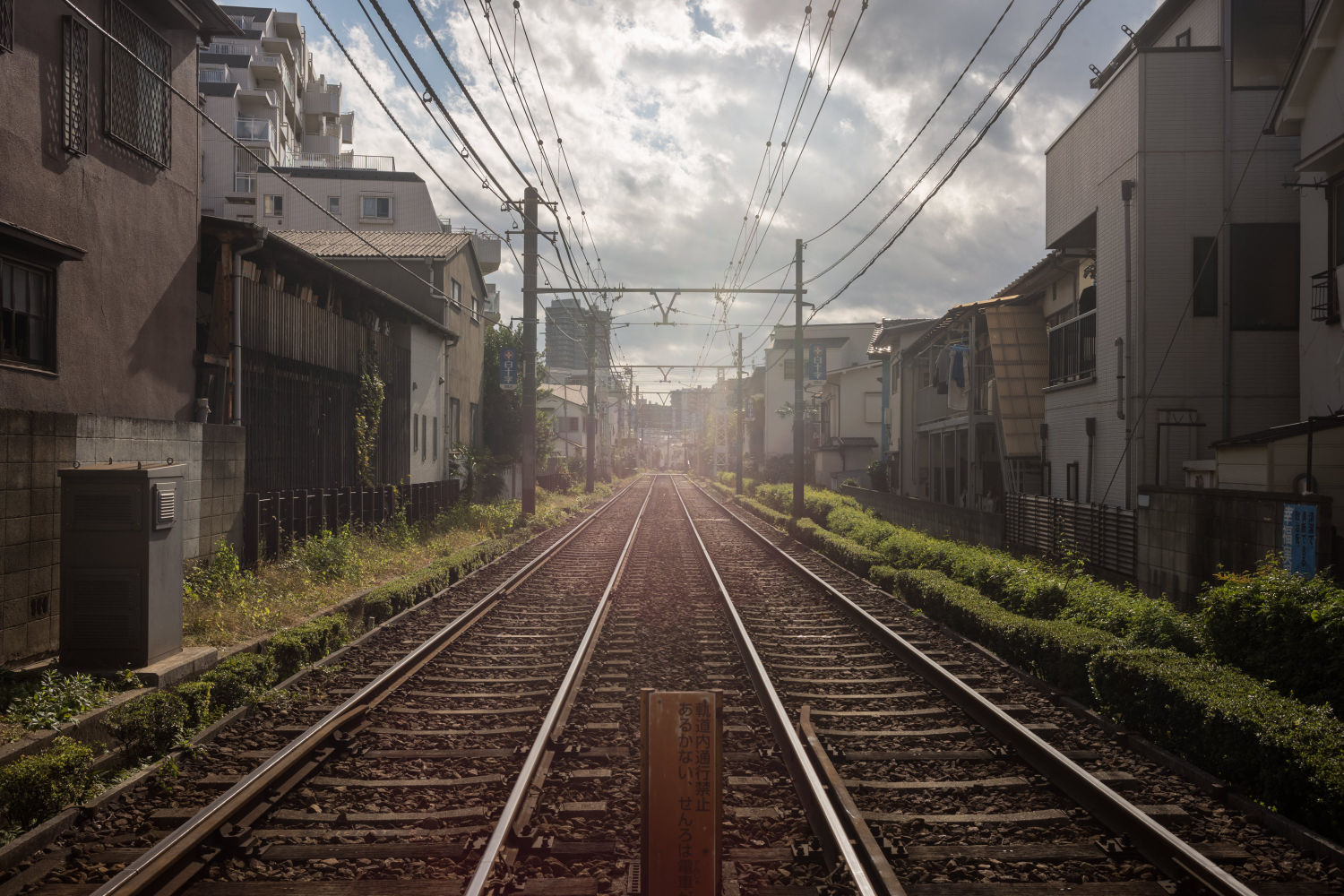 On August 14th I’m starting a new pop-up newsletter called TOKIO TŌKYŌ TOKYO. It runs for a week. You can sign up here:

Twenty-two years ago (!!) on August 25, 2000, I arrived in Japan. I got off the plane, made it through immigration, hopped on the Narita Express, and immediately got lost in Tokyo.

Tokyo. What a word, what a name. Great shape, great sound: TOKIO, TŌKYŌ, TOKYO. Romanize it how you like, it’s still the “eastern capital” and just saying the word itself brings to mind celestial images of an infinite city, a visible city.

SO! For seven days, each morning at daybreak, I’m going to walk a chunk of that infinitude. Fifteen to twenty kilometers a day. A hundred kilometers or so in total. The plan is to trace back over those twenty-two years of my life, thinking about how the city has changed. Because Tokyo has changed. Significantly. The building boom of the last two decades (and the last decade in particular) has reshaped so much of its topography.

The walk takes place August 15 - 21. I’ll be publishing photographs and text to TOKIO TŌKYŌ TOKYO. The pop-up newsletter runs only as long as the walk, then you’re automatically unsubscribed.

For the last five years I’ve made my home just outside the city, in a kind of Hudson Valley of Tokyo, with mountains behind my house and the ocean a quick bike ride away. Because of the pandemic, since 2019 I’ve spent almost no time in the city proper. So in a way, this walk is a reacquainting of myself with Tokyo, with what it’s become.

I’ll try to keep the solipsism to a minimum, but of course with so much history embedded in so much of the city — I could write an essay about almost every corner — it’ll be impossible not to think about who I was when I walked those very same streets so long ago. I’m excited to feel that — the distance that comes with time and experience embedded in a landscape.

I was nineteen when I arrived. Tokyo was the first city I ever walked — truly walked — and the first city that taught me of the gifts to be had when walking. Most of my walks through Tokyo have been late at night. Often alone. I obsessed over the city’s narrow alleyways, and the sounds of life being lived on the edges of those streets: radios playing classical music, TVs and their variety shows, splashing baths, clanking silverware, microwave door slams, shrieking children evading their parents before bed. That closeness of life somehow both elevated my own sense of solitude and aloneness and strangely made it all the more nostalgic. Almost as if in the moment, I was already looking back on the moment. Here were thousands of lives I’d never be part of, and yet got to experience, if only for a fleeting second.

Those night walks I’ve done to death. So I’m excited to walk the city in the morning. Early morning. A time I’ve never “truly” walked before. I mean, I’ve wandered home drunk at first light countless times, too many times. But to walk lucidly and deliberately, sober, eyes wide open, camera in hand, alone, watching the city wake up — well, that’s new. A side of Tokyo I’ve never witnessed.

I’m starting each morning from the same location — central-ish, Azabu Jyuban — and will be fanning out in seven directions. Each day we’ll see how far we get. A pinwheel of walking. Fifteen kilometers is pretty far. The diameter of the Yamanote Line — the train line encircling Tokyo, the central beating heart of the city — is only about ten kilometers wide. Each day we’ll break past that Yamanote barrier, and go well beyond.

I like to have rules for my walks. The daily rules for this walk are something like:

I should make note: This project is made possible and freely available to all by the support of SPECIAL PROJECTS members and their memberships. Members get access to all sorts of goodies (i.e., right at this very moment, I’m livestreaming the publishing on this essay / launch of this newsletter to members — hello!) including archives of other pop-up newsletters that I’ve written over the previous few years.

Who will we meet at five in the morning? I don’t know. But we’ll find out.

So, come, walk with me for a week. I’ll be out there solo, beating a path to the visible edges of TOKIO TŌKYŌ TOKYO.

This essay is from the Ridgeline newsletter, mailed out August, 2022. Thoughts? Email me@craigmod.com.