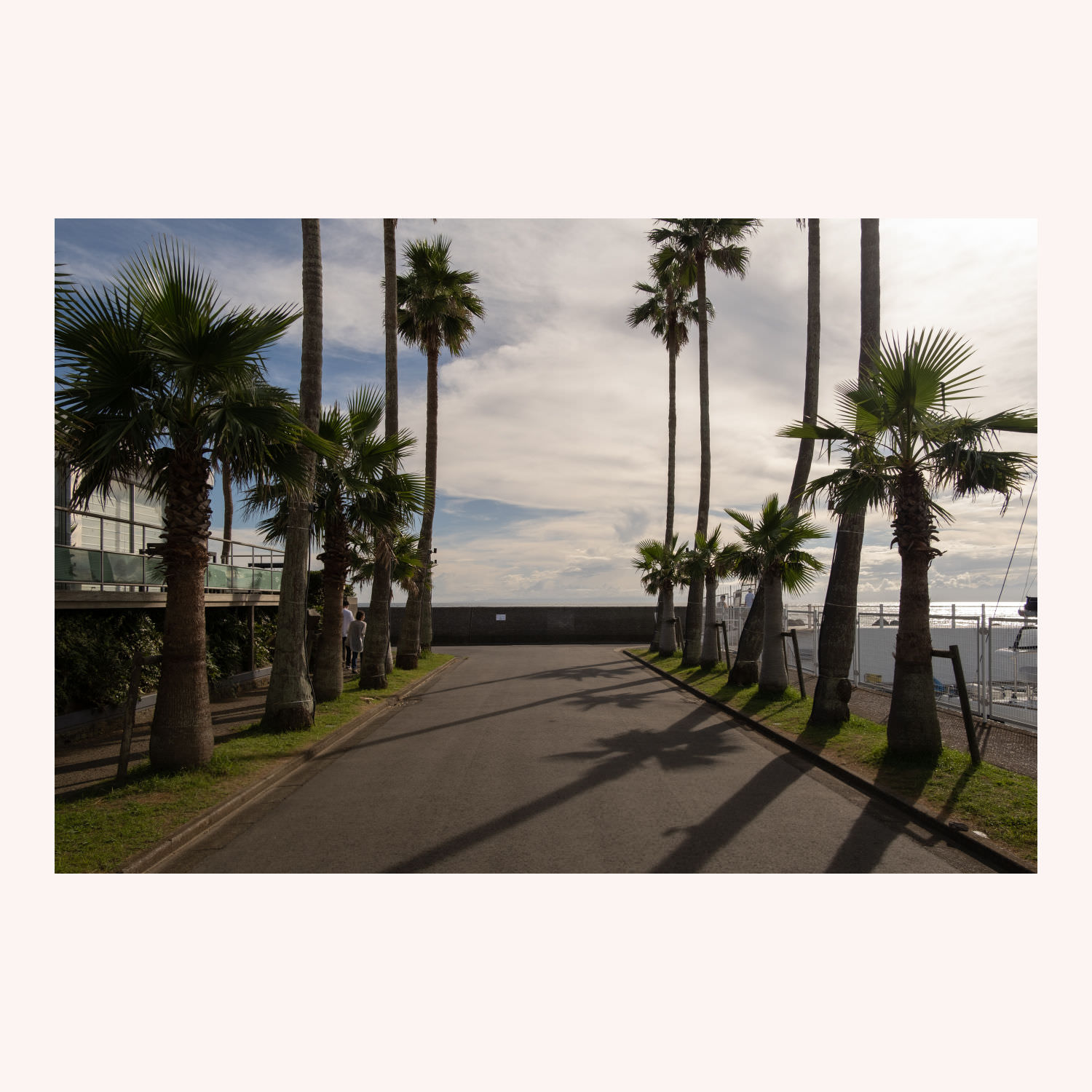 To walk right now is madness.

To simply stand outside beneath this Kanto late-July sun for one minute is enough to need a shower.

Helios above, folks stream out of packed trains towards the beach down the road from my studio, but I’ll never understand the impulse; I won the genetic lottery of un-tannable skin.

In high school, believe me, I tried to unpale myself and failed. Craig, you so white, friends would say, putting one arm around my shoulder and their other arm next to mine. And I’d say, laughing, well, considering you’re black, I’m probably going to look pretty goddamned white. And they’d yell, Yo, Jenn get over here and show this boy how white he be. And then Jenn, as white as they come, would present her arm and yes, indeed, empirically proven, there was no one whiter than I.

It’s funny how it can take years (decades? lives?) before you understand how your own body works. This I know: I can manage an olive-esque farmer tan if carefully cultivated over an entire summer of t-shirts and outdoor play. But a day at the beach, shirtless, knocks me down. I become an inverted solar panel, all my energy going up into the sky. And, yet, so many failed teenage attempts: Maybe today, a tan will work? No, never. I remember others in high school, like me, untannable, not understanding their own bodies, who also went too far, got the dreaded so-called “sun poisoning.” We were all in Spain, the final days of a strange and rare (the only one) class trip. It finished on the Costa del Sol. Name inspired, the white girls laid out in the sun all day. They looked like burn victims by night. Like this — piece by piece, in stupidity — we come to understand our sloppy bodies.

So the beach had been a mystery until I realized I didn’t have to follow the others. Rather, what if I should simply lean into my utter inability to bronze? Suddenly, I was free.

Doesn’t mean I didn’t make mistakes along the way. I climbed Mount Fuji on a whim when I was 21. A lark over beers on a Tuesday night led to climbing up from the fifth (??) station on a Wednesday morning in June. Off season. Snow at the top. Tonkatsu sandwich and umbrella in hand, my buddy and I made it to the crown, alone, no other climbers since the route was technically closed. We used our umbrellas as ice picks the last hour or so. At the top, a ranger looked at us like we were deranged, ordered us down. A storm was coming. Almost got lost back to the road. A van of drunk wedding returnees picked us — a haggardly duo — up. That night, I could feel heat radiate from my face at a disconcerting clip. It felt like I had an oven on my shoulders.

Longer story short: Hospitalized for three days. Face a giant blister. Ears doubled in size. Pus oozing out of everything. Head slathered in medicine and wrapped in bandages and masked. I looked like a mummified Jason. Was told my ears had to be removed, unsalvagable. And then, day three, unwrapped, unmasked, the doctor: Oh, huh, I guess you just had a bad sunburn. They had never seen a white guy roast himself.

My buddy, black, unscathed (maybe a bit tanned), never let me live that down.

Since then, I’ve never gone a day without sunscreen. (Truly.) I accept my fate. The sun is not my bud.

So the world streams to the beach by day. Me, I visit by night. That existentially crushing horizonless depth, the dome of dark sky, the whitecaps glinting by moonlight. Some people are afraid of the ocean at night. Ten years ago I was held up at knife point by a child in Rio on the beach. I don’t know what he thought we had. It was four in the morning and my buddy and I were in our underwear, meditating like dingdongs. But here in Japan, no knives, no being held up. So I go to the beach at night. Fearless. I love getting close to the maw of the dark water, sitting in the sand, and smoking a cigar. Yes, a cigar. A tiny one. Something from Cuba. I have a little box. I do it so infrequently it’s like a powder keg going off in the head. I smoke my stupid little cigar and feel my limbs go limp and, as the cliche goes, the tension in my body slips, like, into the sand, maaaan. It’s glorious. I am alone, mostly. In August groups of kids might shoot off fireworks. Someone might walk their dog. But mostly, it’s a private space. The waves come and come. They care about nothing, certainly not me. Total freedom. My floating, red, luminous cherry blinks into and out of existence. My mouth fills with that strangely pleasing, bitter smoke. And I think to myself: Ah, yes, this is a sensible way to use the beach in the summer.

This essay is from the Ridgeline newsletter, mailed out July, 2021. Thoughts? Email me@craigmod.com.