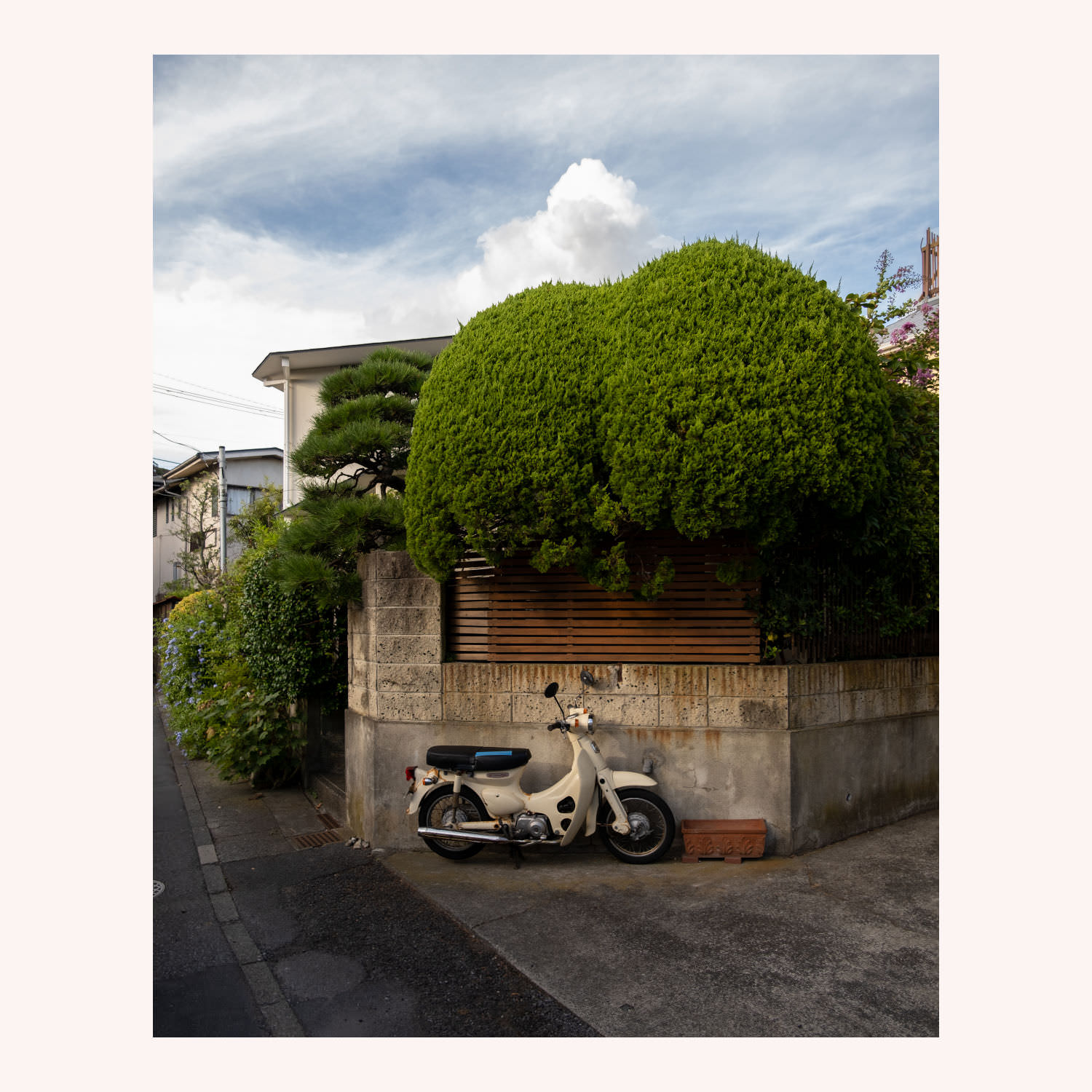 Alert! WE — the Ridgeline collective — ARE OUT OF WALK BIOS. As of last week we’ve published some 13,000 words of Fellow Walkers. That’s bonkers. So — a call for more bios. Shorter is better. < 50 words if possible. The best Fellow Walkers are quirky, totally of you and you alone (i.e., no general platitudes about walking; we know those already!), and smack-dab to the point. Just reply to this email.

In lieu of reader bios this week, I suppose I can submit mine. It’s been eighteen months since I kicked off Ridgeline. What would I write today?

Adopted, Japan based some twenty+ years, torn from a blue-collar shell east of Hartford. Drunkenly walked Tokyo at night in my teens and twenties, and now soberly walk the countryside of Japan in my thirties. Walks have come to define my days and years, are now a durable “platform.” Using them to deconstruct the human geography and history of Japan, to run experiments in publishing and technology, and better understand the value of whitespace in the Age of Attention Monsters. Mainly fueled by toast.

83 words! OK — maybe 50 is too few. Let’s aim for 83, but please no 200 words mega-bios. (I’ll just chop it down anyway; best you do the chopping!) I always love to read more, though. So if the impulse is to write long, do so, but please include the truncated edition at the top of the email. Links are fine (encouraged?!), of course.

I wanted to draw attention to the incredible 25-day walk protestors recently took from Milwaukee to D.C. A serious walk — both in distance and time and purpose:

The group is composed of about 50 people who joined at various stops along the way. It’s a diverse group, with people of various races and members of the LGBTQ community. Some brought their children. A dog named Juice and a cat named Sparrow are on the journey.

They knocked out 750 miles — or about thirty miles a day. That’s a heckuva pace. Thirty kilometers a day is tough. Thirty miles is outright extreme. And it sounds like the last day was eighty-two miles — a walk that spanned twenty straight hours. I won’t pretend to have come close to that in any of my walks. The longest single day I’ve done is about fifty kilometers or so. A no-joke distance. I’m not sure I could do that day after day for a month.

National Geographic has a good general overview piece on walking that places protest walking in an historical context.

In 1930, Gandhi and 80 of his followers set out from his ashram in Ahmadabad, heading south, toward the Arabian Sea. By the time they reached the coast, 24 days later, the number of followers had swelled to several thousand. They watched as Gandhi scooped up a handful of salt from the natural deposits, in blatant violation of British law.

Salt scooping as law breaking; the world is weird and lopsided, always has been. I am drawn to the idea of correcting that imbalance through walks. For: Those walking are almost certain to have clearer minds than those sitting at home or standing around with guns. Long walks may not solve all problems, but over time they have unquestionably activated groundbreaking insights of scientific reasoning, creativity, and philosophy. And have unlocked equality in the eyes of the law and the world.

I’m presently sitting outside, in the shade, and the volume of sweat being produced by my body is worrisome. It’s been a long time since I’ve spent an August in Japan. I normally run away to NYC — dovetailing with my lecturing at the Yale Publishing Course. Obviously, this year is different. My NYC readers may find insanity in the idea of August Manhattan as a salve — but believe me, it’s heavenly compared to this. Humidify deltas enable comfort in shade. Without that, life sans-air conditioning becomes slow motion.

I’m embracing that slowness. The photograph up above is a snap taken while biking some of my favorite back lanes around my house. Slowly, slowly — a merciful breeze. Testing out a Fuji X-T4 — autofocus and a 16mm lens means you can one-handedly knock shots out. I have to admit — it’s freeing. And fun. I love that bush, that wall, that honda Cub. It can be difficult to sometimes remember, but there is a lot of good still out there. Look well, look closely. My heart is with those walking in hard times amidst this summer heat.

Reply to this email; submit yours!