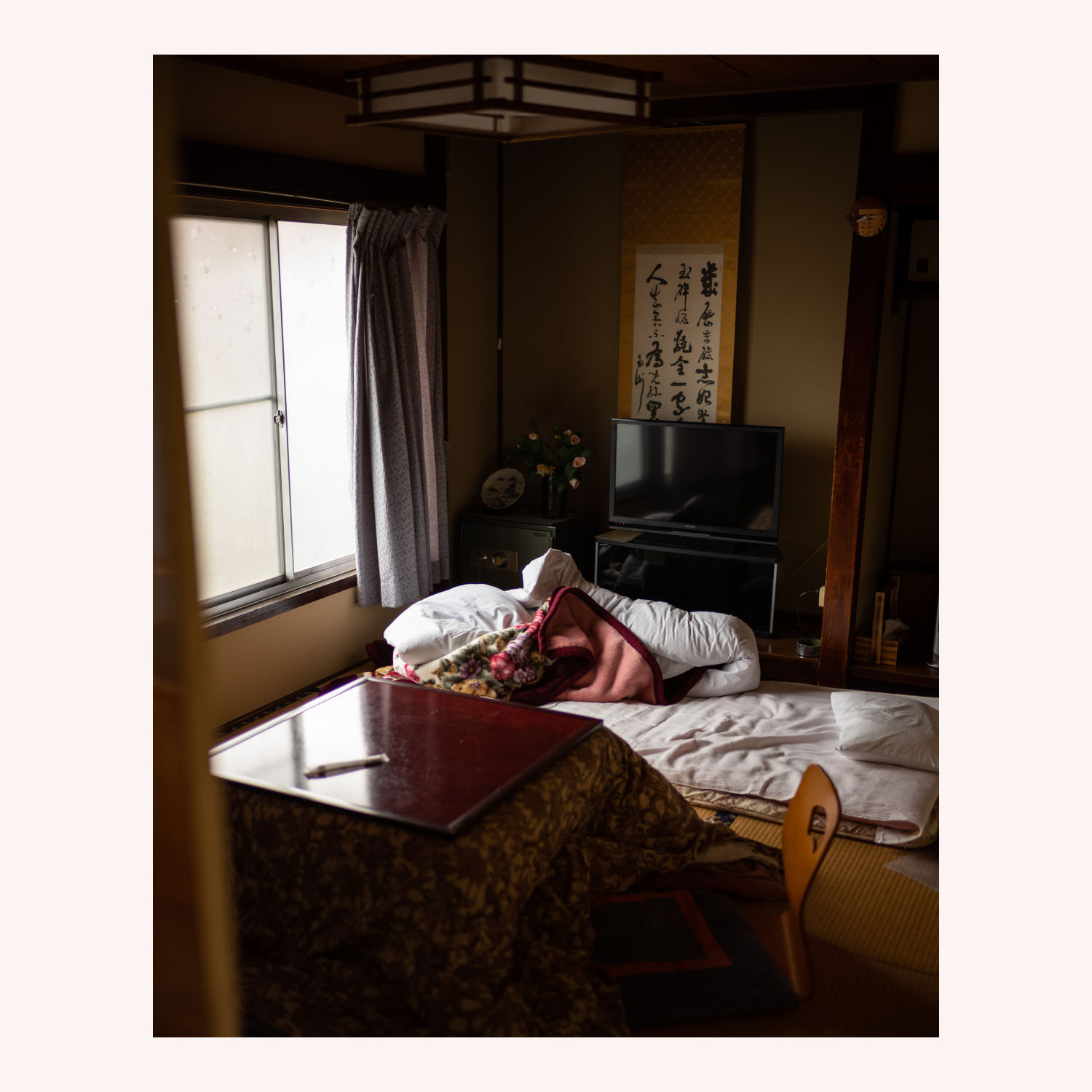 So. Deep. In. Book. World. The only reason I’m getting this newsletter out is because I wrote most of it two weeks ago. Otherwise, I am in a well-provisioned submarine of the mind, smoothies galore, days away from surfacing.

This is the Ridgeline newsletter on walking in Japan and I’m Craig Mod.

I’m reading an account called Mountaineering and Exploration in the Japanese Alps. It was published in 1896 and the diary is hilarious and I find myself genuinely delighted by how little has changed in some 120 years. The first third of the book takes place close to where I walked last year along the Nakasendō, up near Matsumoto and the Kiso-ji. Walter Weston, the author writes on the thinness of walls of a Japanese inn the night before starting a big climb in the mountains:

We were naturally anxious to get a good night’s rest at our inn, and so went early to futon.

OK — we have to stop for a second to recognize the beauty of “so went early to futon.” I will now and forever talk of “going to futon” when sleep calls.

But no sooner had we lain down upon the piles of cotton-stuffed quilts that in Japanese inns do duty for beds, than a hideous uproar began in the adjoining room. We knew quite well what it meant, and our hearts sank within us.

Full, 100%, LOL. Some years ago when I often spent new year’s eve on Kōyasan, my hiking buddies and I ran into the exact same problem — the night before we were set to take on twenty-four kilometers of relentless ascent, a group of chain smoking punch-permed yakuza-sounding folks moved into the room next to ours in the temple. It was, uhm, mildly stressful to put it lightly. This is one of many reasons why I always travel with noise canceling headphones and a whitenoise app on my phone. That combo can drown out even drunken countryside gangsters.

But I digress; Weston continues:

Remonstrances with our fellow guests proved fruitless. The landlord, on being appealed to, comforted us with the assurance that if we could only hold out until twelve o’clock, we should have peace, as at that hour a police regulation would compel the carousals to come to an end. And so at last the howling and handclapping began to grow less distracting, and shortly after midnight quiet was restored.

Drunk folks are annoying the world over, but I was surprised to see just how far back the drunken handclapping of Japan went. I lived above a bar for years (it moved in after I did) and the amount of handclapping seems to be directly proportional to the status delta between the lowest and highest rung of the drinking party. A boss out with their underlings: The underlings will clap the boss into the heavens of hilarity, the louder and more frequent the clapping, the better.

Walter and his crew, having survived the neighboring party then faced another issue:

This time the disturbance proceeded from without, and was due to the unexpected arrival of two American tourists traveling en grand seigneur with an interpreter.

Happy to see that American tourists have been annoying for over 120 years.

In fact, a different passage from Weston’s introduction really knocked me back. Tourism in Japan has increased some 10x in the last five years, bringing with it a sense of being crushed. One of the weirdest COVID corollaries has been remembering what pre-tourist-crush Japan felt like. Many of the tourists only spend a few days (two nights, three days is very common for many tourists from Asia), rush from Instagrammable (Wechattable?) site to Instagrammable site, taking photos, hopping on overnight buses to save time and maximize “trip value.” And so, to see this in Walter’s 19th century introduction was a shock:

A Japanese writer has, not without justice, somewhat bitterly complained of the numbers of foreign tourists who come to his country, and after rushing through it “at the rate of forty miles an hour” (though the average speed of the express trains is only about half that pace), then hurry home to record their impressions and pose as authorities on what they have only glanced at along the way.

Nothing changes, ever; now is not unique; tomorrow will also not be unique — this seems to be the wisdom to be gleaned here.

Walter’s book does more than just complain about the inns — he and his crew do set off to explore the incredible peaks of central Honshu. Unsurprisingly, walking up a mountain back then isn’t much different than walking up a mountain today, just the materials of clothing are less synthetic, more wooly.

But reading his accounts and working on Kissa by Kissa have made me very eager to get back to walking this country — at my preferred rate of about four kilometers an hour.

“From southeast Pennsylvania by birth, but grew up in humid southern Maryland. As a child, I spent most of my summers and weekend afternoons indoors, reading and writing across many journals while lying on my bedroom carpet. I didn’t discover “walking” until college. I landed in NYC and spent my first week walking everywhere, alone, just to get my footing and sense of direction down. And kill time. Walking is a great way to kill time while feeling like you’re doing something valuable. Exercise! Sensory stimulation! I still walk a lot, but not as often as I’d like. On good weather weekends, I’ll make a point to spend an afternoon just wandering through the city. Any/every city I visit, I spend a good amount of time wandering aimlessly through with determination. A good walk is at least and at most 3 hours. Then my brain starts to sputter and my legs feel lethargic. That’s more the effect of being an introvert and getting overstimulated than it is becoming physically tired I like to think.“

“… walking in the drenched-air south of the usa has never been fun, but it beats the boredom of not walking. i often wonder if i’m walking towards or walking from, but it’s been more visceral & real to me than any form of meditation i’ve tried; so i walk when i can’t sleep; sometimes before the sun rises - before the mosquitos come out to torture me, before the i get weird glimpses from all the locals who never ever walk in this sidewalkless city in mississippi.“