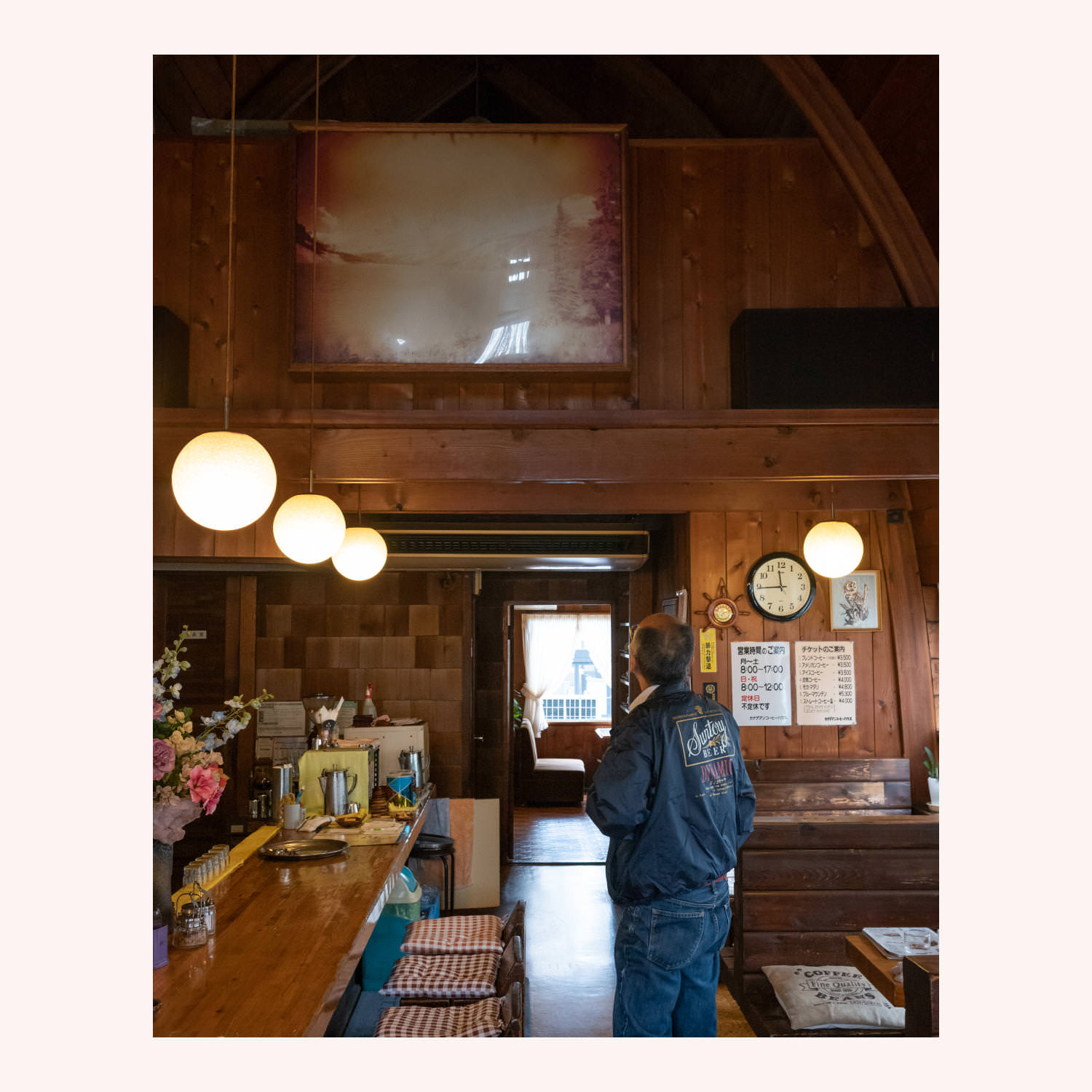 Come, subscribers to Craig Mod’s Ridgeline newsletter, let’s walk a nowhere space in Saitama Prefecture. Some post-post Pachinko Road zone, between a rice paddy and a snack bar. Somewhere along our strip will be a kissa. Maybe it’ll be named Popo or Cobalt Seven.

The average age of country-side kissa owners and patrons alike is between 70 and 90 years old. The last foreigner to visit most any of these county kissa was probably a hitchhiker in 1978 — if ever. And so to quickly put the owners and customers at ease, there’s a strategy to disarm. To flip-flop your otherness as quickly as possible.

Immediately upon entering you issue a big smile, sweeping wave, joyous “Hello!" in Japanese. Everyone will look up as if a horse had just wandered into the shop. “Still serving up grub?” Of course they are, but the shock on everyone’s faces necessitates quick performance. Asking about food hammers home the point that you speak their language — and speak it well enough to call the food “grub.”

Usually then, depending on how dire the vibe, you bring up some obscure historical fact about the stretch of road the kissa happens to be on — something nobody in the shop over its 40 years of service has ever considered.

In one kissa I swear a record player scratched and the patrons froze mid-coffee-sip as I opened their tinkling door. “Hello!” I yelled into the then-silent, packed cafe. The only movement was cigarette smoke issuing from limp elderly wrists. “Hey, I think there was an ancient ichi-ri-zuka mile marker right around this very spot if I’m not mistaken. Is that true?” For a second the owner looked like I had asked him about Higgs Boson particles. But then he caught himself and smiled, the room reanimated, and we chatted for a while about where the marker may have been, for it had been long gone by that point. Buttered toast was munched (they didn’t have the pizza variety). The uniformly post-retired, deep-time patrons eavesdropped. Mumbled oohs and ahhs. And when I said goodbye the whole room inexplicably broke into applause — as if I were, in fact, a talking horse and had performed admirably — and so, like a good horse, I bowed and smiled and was on my way.

Inescapable: You, strange and not of the landscape. But powerful: There is delight in subverting the expectations of everyone you meet.

I write from inside LAX on the far end of a Los Angeles adventure. Much of a small quadrant of the city was walked. I loved it. I loved the impossible coolness of the people, the thinly veiled disdain all the cars seem to have for walkers. There was technically a sidewalk in my neighborhood, but I think I may have been the first one to use it. The looks: What is that man doing? And the sidewalks themselves: Often simply disappearing, dissolving into grass, the pavers having evaporated mid-job. Many are unmaintained: I saw a man in a wheelchair pop a wheelie over a root-bumped patch of cement. And woe be they who walk at night! For there are often no street lamps and the ground is like turbulent ocean.

While stationary I think I blended into the LA landscape — was instantly, mostly, a “local” by default. But putting on the costume of walker reminded me of entering those countryside kissa. A sudden horse, walker as odd-person out. And my subversion was to say hello to everyone. Anyone else who happened to be outside of an automobile (often standing in a yard, holding a dog, getting out of their car) as I walked the reservoir or some lake or some sprawling enclave of hillside houses — they all got hellos. And they always seemed shocked — you could kinda hear it in their return “uh hello!” or stuttered “g-g-good morning?” — and, I want to believe, maybe even delighted. Maybe the dissonance was too uncanny, too much hello-as-glitch-in-the-matrix. At the very least — it made me smile.

Landing in Japan 12 hours from now. Soon off on a 14 day historic walk. Back where the walking will seem normal — or at least of the place. And the popping into kissa will once again be shocking, but never not interesting.

“The shell of prairie, a small retirement town existing in a cultural in-between. Started walking to escape angry words, shame, God. The destination didn’t matter - the KMart, the asbestos-ridden middle school, the empty football fields, wherever my feet led. Walking was solace. Twenty years later, it is joy.”

”I’m a citytown walker, inspired by the mystery that lies around the corner; the shop tucked mid neighborhood, the stoop personalities, the kitchen sounds and smells from a half shuttered window. There are steps and stone-ways and perhaps a patisserie. I return with a connection. I am no longer in someone else’s neighborhood. I saw the orange tree on the roof. I saw the vista you can’t see from the roadway. The three old men on the bench nod in recognition.”

This essay is from the Ridgeline newsletter, mailed out February, 2020. Thoughts? Email me@craigmod.com.