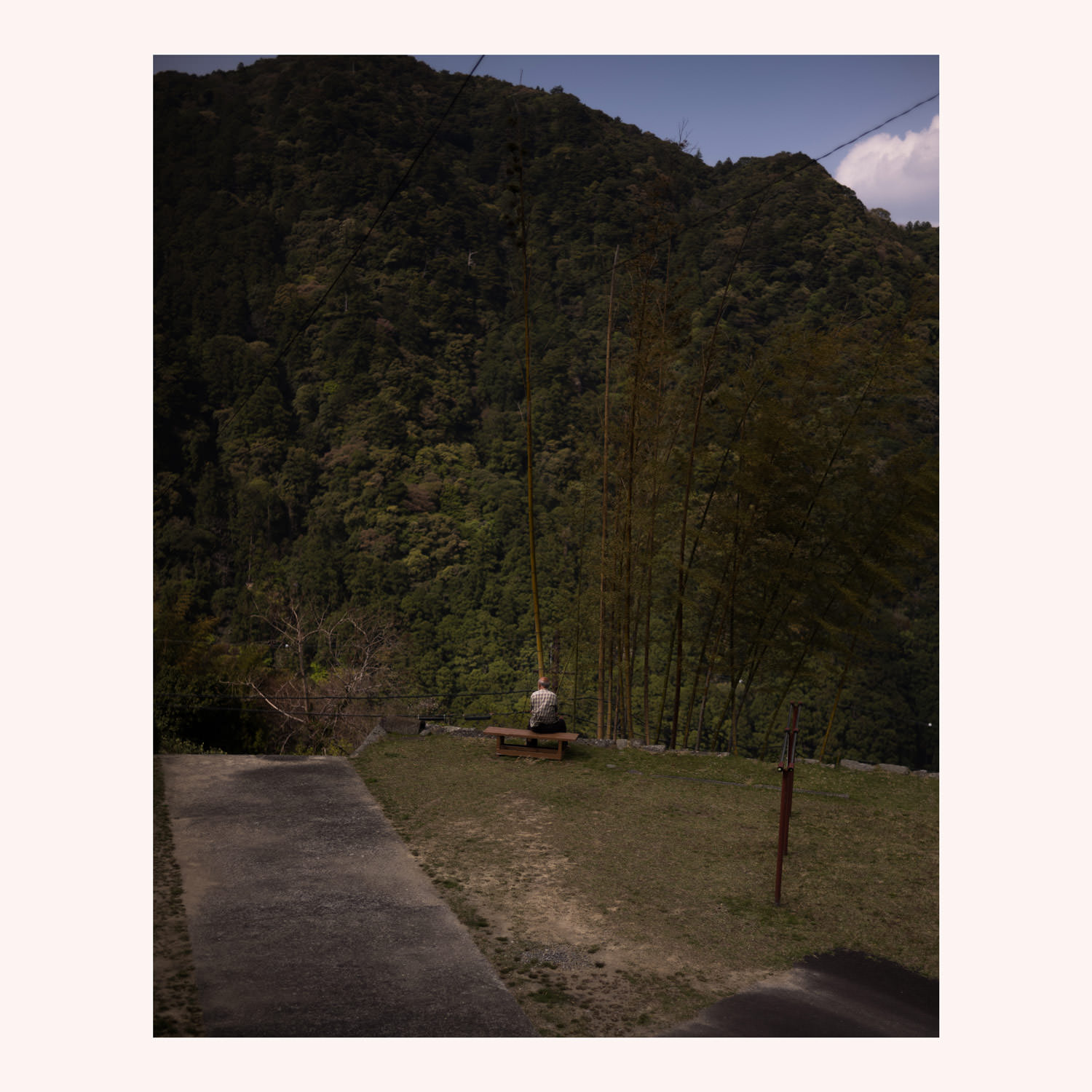 The Curious Incident in the Bath in the Day-time

Now for this week’s Ridgeline:

There are some good walks in the mountains west of Tokyo. And nearby those walks is a bath that is my favorite bath in Japan. Making it my favorite bath in the world. And — to go even further — It is perhaps my favorite building in the world. It is a building that itself becomes a Hori lock. Total simplicity, every piece just right. A building without fault. I cannot tell you the name of this bath, or the building, or even hint at its location with any more precision than I already have. Because it is one of these places that the internet is most adept at slaughtering.

Only the geekiest of bath people know of it. It was shown to me under stipulation that I would only bring to it quiet people who love baths; that nobody tweet or Four Square it. And that the rules alway be upheld. For inside the bath — this holiest of holy soak rooms — nobody speaks. You just nod. Often you don’t even nod because, usually, you’re the only person in the bath.

The other day we were not the only people in the bath, my bathing companion and I. It was the busiest I’ve ever seen the bath. Still very quiet, still reverent. But there were five people — five — in the bath, and perhaps it was this density of flesh that set in motion what happened next.

I rose from from the waters and stepped into the changing area. I was putting my robe back on when I heard from the bath the sound of a voice that was ready to fight. Do you know this sound? We are so attuned to this Want To Fight voice. I think deep down it excites us because — Oh, perhaps we will be one fewer person of the tribe after this murder is complete.

Anyway, I heard this murder voice — not the actual words but just the tone. Poked my head around the corner. The bath is actually two baths, side by side, and the man issuing forth the venom was sitting on the edge of the left bath, the scalding bath. Everyone else was in the right bath, the bearable bath. I now heard what he said: “I said — you can hear me, can’t you?”

Who was he talking to? Everyone was frozen.

“Hey, you, you didn’t wash your cock. You’re disgusting. You think we want to sit in this bath with your cock filth floating around.”

He said this in the same way you’d admonish a child for spilling milk. It was both utterly alpha and from the darkest depths of internet trolldom. I imagined, instantly: Here was a man who had come out of his parent’s basement to bathe — in a bath he was obsessed with, willing to commit homicide in — and was essentially bullying, what I then realized, was an older man in his 60s.

Nobody spoke. I just stood there naked, covering my own dirty bits with a little towel, watching a plea begin to emerge from the old man’s throat like an engine stalling. He gave up before a single word formed, and then reluctantly got out of the bath and used a small wooden bucket to pour some water on his crotch. It looked like he was going to cry. He got back in and the sociopath spat: “This isn’t your fucking house.”

Do you feel what we felt in that moment? The deranged and vibrating energy of being in a small space with the insane?

Oh man, this was supposed to be the sacred place. The quiet place. The happy place. The greatest bath in the world, and a social miscreant destroyed that for us all.

This old man he berated brought no malice to the bath! For, you see, this bath has no soap. No washing station. It’s just pure bath. You splash some water on yourself before you get in, as a kind of meaningless ritual. A performance art of self-cleansing. No actual cleaning happening, though. And, anyway — hot spring baths are disgusting, bacterial heavens. This angry guy was just being a pedantic ding dong.

I struggled — should I speak up in support the old man? None of us had washed our nuts with any vigor. We were all in the wrong. The bath might as well have had a sign above it that said: “Cock Filth.”

Thinking back, once I had calmed down, I remembered when that bottom feeder made his entrance. He squatted next to the bath and splashed himself for a good five minutes. It immediately felt off. A glitch in the bath code. He splashed himself and splashed us. I thought: Dude, chill it with the splashing. No sane person would ever splash themself that much. As it turned out: He was no sane person.

The old man didn’t stay in the bath long. How could he? He must have been coursing with adrenalin. It was like a scene from No Country for Old Men. Heads or tails? Call it.

I felt sad for everyone involved. Including the guy who’s heart was so small, so blackened by who knows what, that he aimed his putrid animus at the person who just happened to get in the bath last.

A few minutes later I passed the old man in the hallway and said: Hey buddy, don’t worry about that bozo. You didn’t do anything wrong. He’s crazy. Nobody really “washes” before getting in that thing. Don’t let it get to you.

He kind of smiled and hobbled away and, about five seconds later, speaking out loud to an otherwise empty hallway, “I think that foreigner just spoke Japanese to me.”

Your gentle weekly reminder: This newsletter is made possible by members of SPECIAL PROJECTS. If you’re enjoying it, consider joining. Thanks. (We’re 18 folks away from 300 members; help push it over?)

“I am the only one in the family with 4 sisters, that walk a different kind of path which as years goes by, leading a little far from family. For the love of sketching, i walk. I make a drawing on postcard in 2017 about this road. As years goes by, this road will change too . I can only sketch it. When ever i walk i often felt a sense of nostalgic.”

“Born in New York City to Japanese immigrants with big dreams for their son, I’m a freelance designer without a car, preferring flawed subway systems, walking, biking, and riding boards with wheels. I’m sure my father had bigger dreams for me when he left the motherland. But hey, what says “naive idealism” like an Asian American going to art school and taking up a creative career?”

“As a child, I thought that the USA was the place to be. I couldn’t wait to get here and pursue … I’ve forgotten what it was. The long cold days, the long commutes, being covered from head to toe for several months of the year — it’s all too exhausting. I long for the sweet tropical breezes, wearing khaki shorts and a t-shirt, walking barefoot, climbing hills, splashing in warm tropical waters. I miss the West Indies. But it’s probably no longer the way it was when I left it.”

“I grew up in Texas where I have lived my whole life, until last year when I moved to Northern Japan (Misawa) with my husband and two girls”

015
Inoh Tadataka and the Tools of a Walk