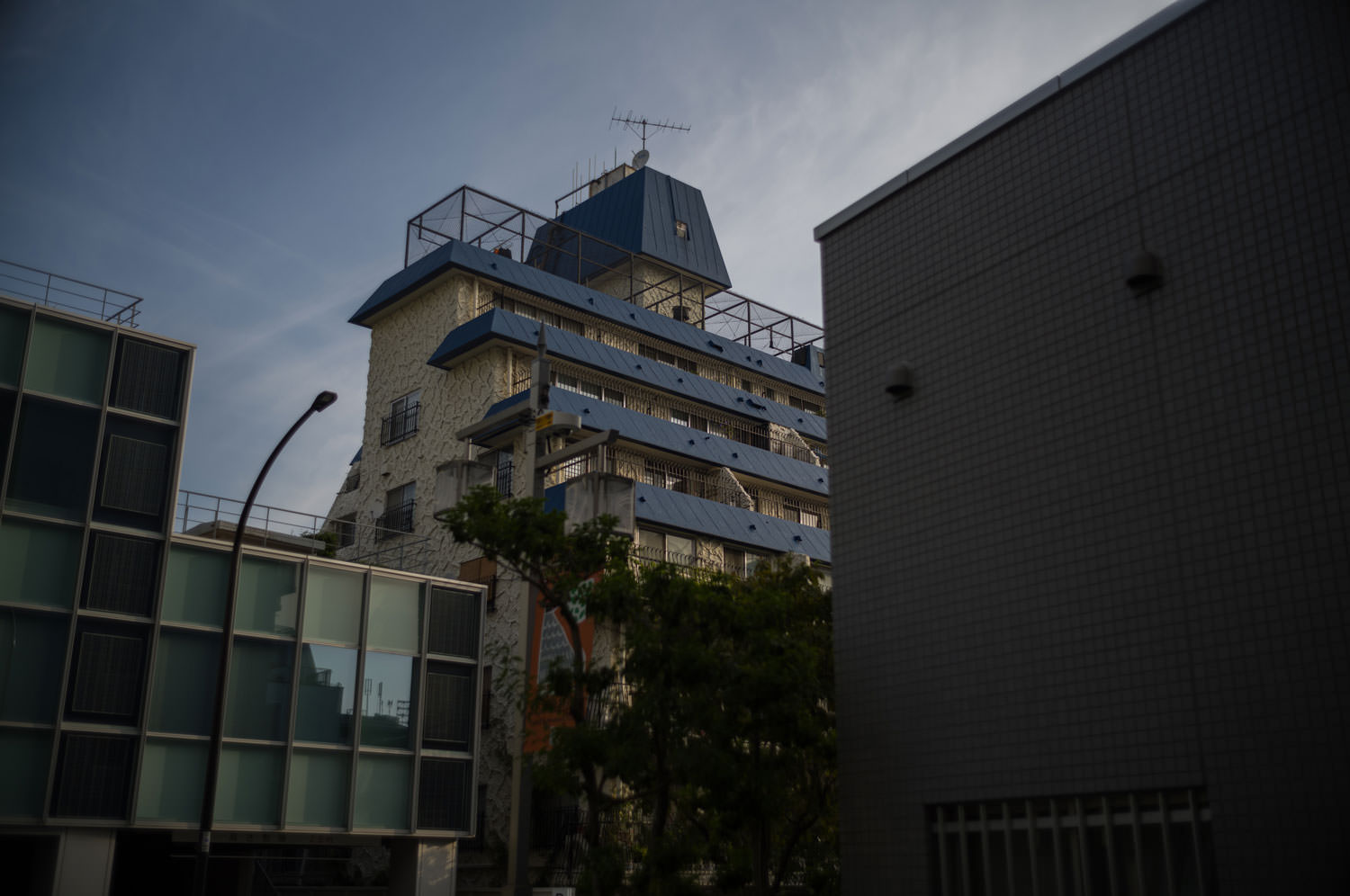 The Performance Art of the Walk

TOKIO TŌKYŌ TOKYO — the pop-up newsletter I ran back in August — was a blast. I’ve been meaning to write a bit more about it but haven’t had a full second to sit and reflect.

I mean, TTT wore me down something good — the brutal August Tokyo heat (even at four a.m.), the general physicality of it, and then the photo editing and writing (and rewriting and rewriting) each day. I ended up publishing some 20,000+ words (and only a few were misspelt) and walking 135km. That’s a lot of calories burned on both ends of the candle (feet and noggin’).

Once I finished, a friend wrote me a note:

“Your pop-up newsletter walks are, in a real sense, a form of performance art! Maybe that’s obvious to you and I am just way late to the game – but that sense of unfolding-in-time, and also of athleticism (which makes me think of someone like e.g. Matthew Barney) really spins them into a dimension beyond “mere” writing … The extreme demands, not only of the walking, but of sitting down to write and publish AFTER the walking!”

At first I bristled a bit — performance art?! But … yeah? I think this is an accurate assessment. At least that description, certainly: “unfolding-in-time … athleticism … beyond ‘mere’ writing.“ And I would say that the vast majority of readers underestimate the slightly maniacal asceticism required to pull this off (at least for me). But it’s precisely the stretchiness of these walks and their attendant creative output that I find exciting — and, yes, in a very real way, life affirming.

That “life affirming” element lives in the rigor of the act. The days are rigorous if nothing else.

A TOKIO TŌKYŌ TOKYO day began with me waking up at four a.m., then hitting the road by four-fifteen. I’d then walk 25-25km (19.28km average) over the course of four or five hours (my moving average was about 5-6km/hr; pretty fast). It wasn’t a straight line, track walk. And I didn’t just walk. I looked, and “hello’d” and tried to engage as much as possible. So the days would stretch until three or four in the afternoon sometimes.

It reminded me of the Tokyo I had lived in twenty years ago, the life I had, and the person I had been. It became a kind of measuring stick, the walk. And the physicality, the solitude, the physical intensity of it all worked together, formed a space for sustained reflection that I find is enabled by few other things.

I walked past my old homestay home. This is what tumbled out:

My homestay experience was — to put it generously — sub-optimal. A tiny shack of a house down an alleyway, no sunlight, lots of roaches, clutter, a small bedroom / study on the second floor that would hit sub-zero temps in the winter. There was a Korean homestay student there too, living in a closet, who used to come to my room each night and ask me to join him in the worship of Christ.

The family was kind enough but not without their own considerable issues. The husband and wife were an arranged marriage, and the wife seemed to resent it. The husband never spoke. Came home one day, had shaved his head clean, and the wife and son just laughed and laughed and called him baldie. Then the wife ordered him to bring her a beer, which he did in silence, bowed head, as was the dynamic of their relationship.

They ran an udon shop. Almost every night I ate udon. Salad udon, grilled udon, curry udon. The building the udon shop was in is still there, but the udon store closed over a decade ago. Now it’s a curry shop, run by someone else.

Like this a city changes, a life changes, a family changes. I stop eating udon for every meal. That freezing home is gone, replaced by an apartment complex. I ended up chatting with the new apartment’s janitor. Thinking about what was and wasn’t left in the ‘hood. 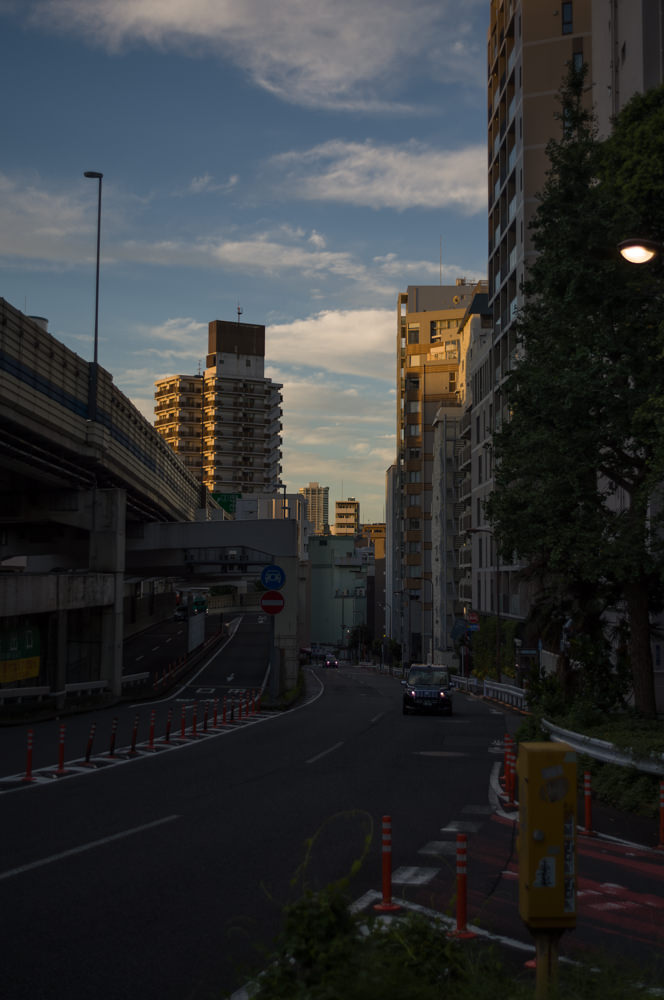 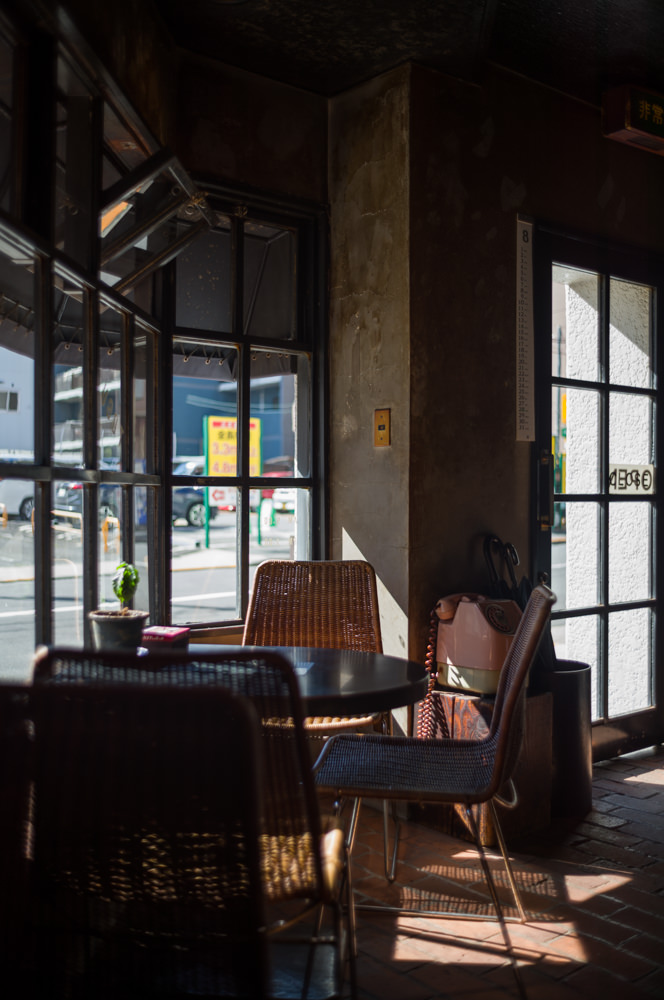 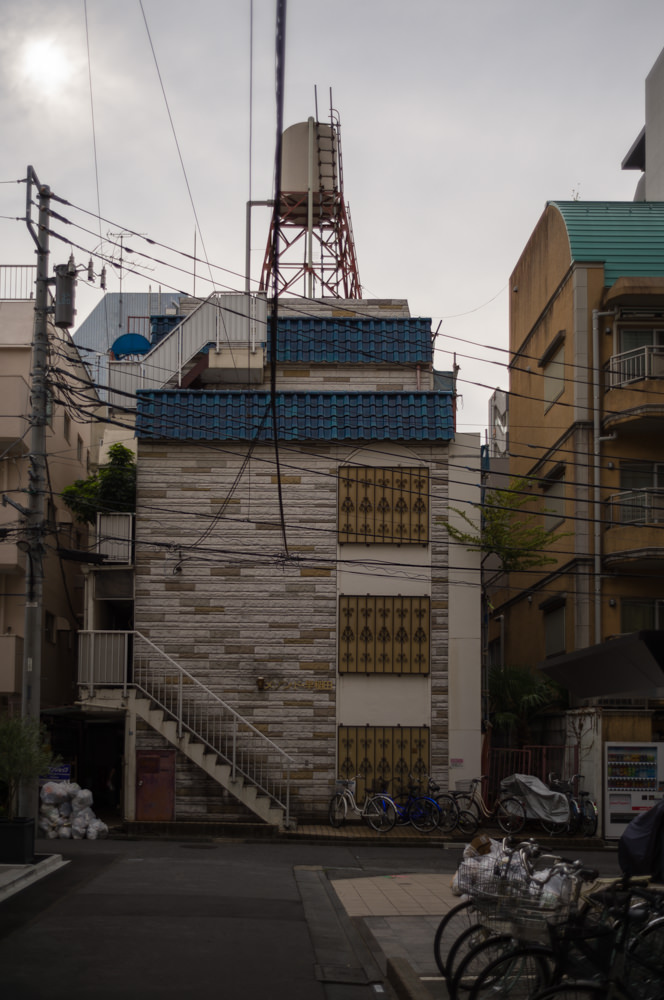 It took me a couple hours to walk to that home on that first morning of TTT. The body and mind become primed through the walk itself. Something otherwise closed, opens. I find it easier to be the best version of myself with hours invested in strides.

All day, as I walk, I take notes. Mostly dictated into my phone. Auto transcribed in Notes.app. It’s simple. It mostly works. Although you have to create shorthands for a lot of Japanese words because Siri can’t handle the thought that you might be a multi-cultural human being. So you call Japanese place names as single letters, or spell them out onerously and slowly.

And then at night, I arrive at the next inn (or in the case of TTT, return to the inn I stayed at all week) and the real “work” begins. Importing media, synthesizing those notes into comprehensible packets, and writing it all out. A process taking four or more hours, usually. There are nights where my eyes are watering from exhaustion at nine or ten p.m. and I’m still only halfway through my first draft of that day’s missive. But, damn, I’ve surprised myself time and time again at the reserves waiting to be tapped, of sticking with it despite the pull of a soft bed, and finishing the draft, revising, revising once more and then sending it out. That sending is critical — a kind of accountability that pulls the whole train of action forward. I’m not so proud as to say I could do this without that accountability — I couldn’t. Hell, I didn’t. I’ve written more in the last three years through this combo of walking rigor + writing than I have in the last two decades combined. And some kind of public-facing accountability is part of the grand “performance.”

I’m no longer terrified when I set out on these walk. Will I find anything interesting? Of course I will. With open eyes and the intensity of steps behind you, the mind seems to demand detail, and begins to find the most banal details kaleidoscopic — with the truth of it being, each detail itself is, indeed, full of further things to be fascinated by.

The walk undoes the stupor of routine, slaps the walker in the face, douses the walking mind in a cold plunge.

You walk. The day drags on, sometimes. You commit to the steps. The feet may ache (but that ache can be mitigated). You feel hopeless — nothing interesting has happened and then you see an old shop. Go in. Sit at the counter and wait, you fool.

The car pulled up out front. The driver came into the kissa and announced: Nakano will be having his coffee in the car today. The windows were tinted black. This “Nakano” (not Nakano-san or sama or anything, just Nakano) was not only enigmatic, he was completely obscured.

The owner of the kissa said, You got it. Coffee for you, too? And the driver took a seat next to me at the counter and said, Sure, I normally don’t, but I’ll have one today, too.

The owner of Togu prepared the pour-over coffee and the driver said he’d carry it to the car himself. The owner apologized, said he would normally do it but today would surely make a mess. His hands shook. He had been running the place for forty-five years. I didn’t pry, but it sounded like he had recently lost his wife, with whom he ran Togu. His menu — small menus printed on sheets of metal at each table; another metal menu also on the wall, rusted to the point of illegibility, now looking like a beautiful installation piece — had curry, pilaf, and sandwiches on it but he said only toast was available. Toast is the only thing I can do on my own, he said.

No problem, said the driver, balancing the cup on the saucer. As he stepped outside the rear window of the car slid down and there he was: “Shacho.” Shacho of what, who knows. He could have been a yakuza mob boss. He could have been an astronaut. He looked to be about seventy. Next to him was a woman in her twenties. Perhaps it was his daughter. Perhaps not. Shacho smiled, nodded towards the cafe, accepted the coffee and rolled up the window.

The driver came back into Togu. I leaned over: Excuse me. Sorry. Excuse me. I was wondering, is that a … President by chance?

His eyes went wide. Why yes! That is a Nissan President. You know, it’s a very nice car.

I said, I can see that. A beaut. That navy blue, gleaming in the afternoon sunshine, what a thing. And, I said, didn’t they redesign them recently? Update them?

Yes, the driver said. But this is an older model. A better model. We take good care of it.

It looks new, I said.

He laughed. Yes, like I said, we care for it. We love the older models. This one is twenty years old. The new ones just aren’t the same.

Amidst our chatter he failed to notice that Shacho had finished his coffee, had come out of the car and brought the cup back into the kissa. The driver turned pale — Shacho! Forgive me!

Shacho waved him off. Good coffee, he said to Togu’s owner and was gone, the driver bowing and apologizing and rushing after him.

I only hope our idle chatter didn’t cost the guy a pinkie finger.

At the end of the walk performance, I am done. Complete — both empty and full. The heart bursts. The mind and body are ready for days of watching films from a mostly supine position. But that itch doesn’t go away. Once you understand the fullness of those walking days, they call out. You begin to see walks in everything around you. Walks structured around food, architecture, art, people, animals, natural formations. I think back to past walks and want to touch them again. How have we changed? What’s new in the landscape. There is nothing boring about rewalking. Most true walking is rewalking. I’ve photographed the same bent road mirror seven times. And I hope to photograph it seven times more.

p.s., The archive of TOKIO TŌKYŌ TOKYO isn’t available publicly but it is available (along with my other archives) to SPECIAL PROJECTS members. Also — this marks the 150th issue of Ridgeline. Wow. Thank you for all the support over the last four years and reading along. <3

This essay is from the Ridgeline newsletter, mailed out November, 2022. Thoughts? Email me@craigmod.com.