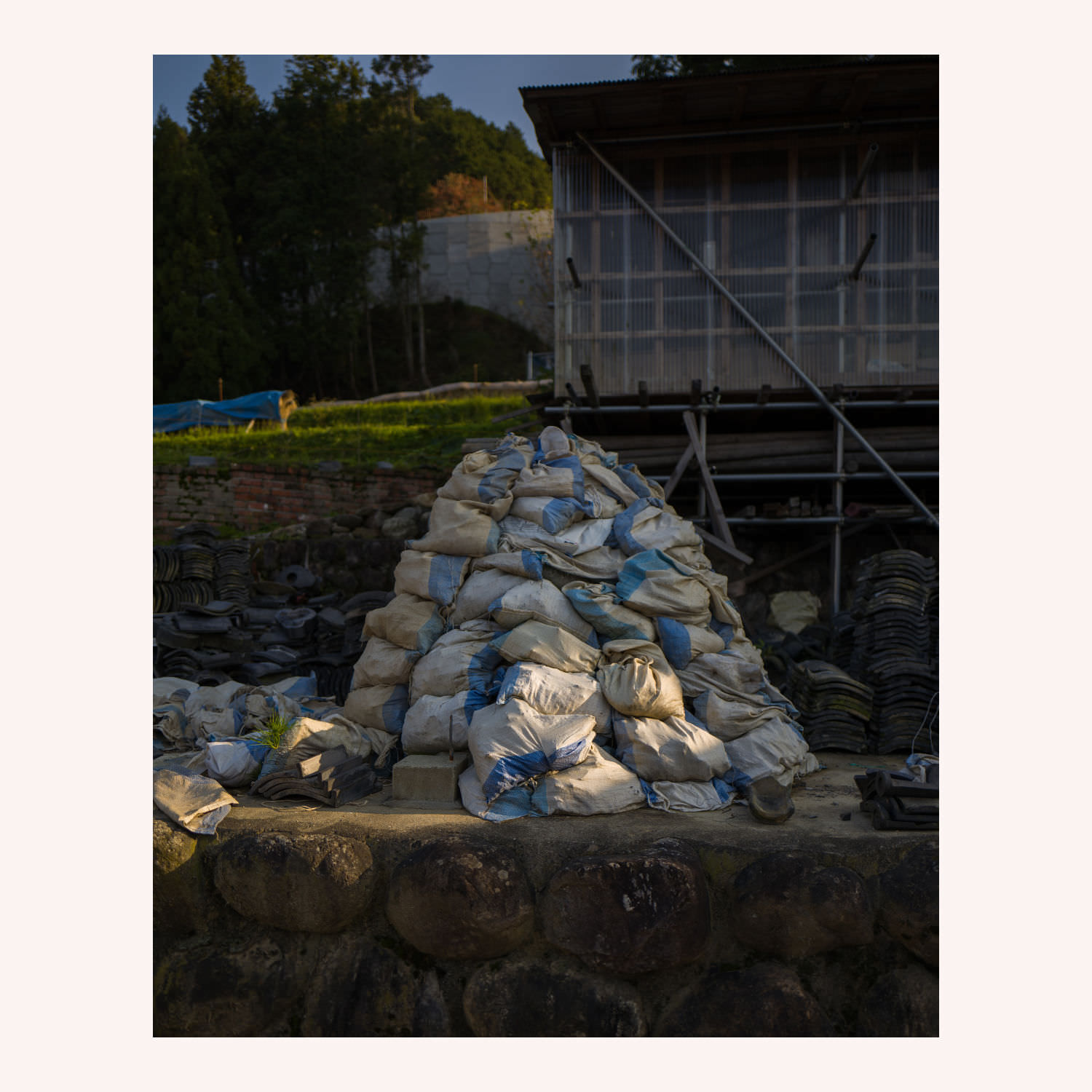 Ri — The Distance Walked in an Hour

Thanks to everyone who has signed up for Huh, season one: A Cafe with a View of the Waterfall, my new photo-centric, looking-closely-at-the-world newsletter starting next week.

Naming things is fraught and bizarre and I am a big fan of re-naming things over time. Why do names have to be so immutable? In fact, naming this new newsletter was my biggest blockage to launching it. That’s dumb. So I finally forced myself to launch last week. The names of the seasons are what really matter; to get hung up on the larger container name seemed insane. At one point it was called “Inaka” which is Japanese for “countryside,” and for a while it was “Ri” which is the Japanese distance marker used in the Edo period.

Here’s the thing though: I’m not a fan of co-opting Japanese words for names of things that aren’t inherently Japanese. Also, if this continues for more than a few seasons, it may not always have Japan-focused photos. And heck, there may even be … gasp … photos of things not in the countryside? So it seemed like a more philosophically-encompassing (but not necessarily less specific — i.e., you don’t want to just call the thing “Photographs!” or “We’re Alive And Present With Functioning Eyeballs”) name was necessary. And I’m glad I pushed, because the huh line of inquiry led to a 3,000 word essay that I’m now getting ready to publish (Monday?). That huh spiraled out much further than I would have ever expected, and the resulting place we’ve landed feels great.

That said, I did write a little Welcome to Ri note about ri, back when it was called “Ri,” and figured I’d share this in the spirit of “showing your work.” Also, the philosophy of “human-scale” markers (embodied by ri) will be present in Huh, A Cafe with a View of the Waterfall.

So here is the welcome letter from an alternative universe:

A ri is a unit of measure, it’s about how far a person can walk in an hour at a reasonable pace. It clocks out at roughly 3.93 kilometers.

Remnants of the ri system are scattered along the old roads of Japan. During the Edo period, ri were marked recurrently by hulking earthen mounds that flanked the road — ichi-ri zuka, “one-ri mounds.” There are only a handful of “originals” left. When you pass one with an old cypress or oak growing from its center it becomes a tiny moment of celebration. As I walk alone in the hinterlands of Japan and come across old ri markers I eulogize the discovery with a kind of yelping howl you might let loose at a football match, ICHI-RIIIIII. Sometimes there are tractor trailers whizzing by when I do this. Sometimes it’s just a few monkeys eyeing me cautiously from the canopy.

For our little newsletter we’re co-opting other objects, other mounds as markers — piles of sandbags, traffic cones lost in rice paddies, a sign in the middle of nowhere proclaiming in Japanese: If you smoke, you will get cancer! to no one and everyone. Human-scale things at a human-scale pace.

Folks in the olden days clocked in ten ri a day — forty kilometers. That’s bonkers. I feel like a solid day of walking runs about six ri — twenty-four kilometers. It’s a distance you can cover day after day while walking for weeks or months on end. Just long enough to feel like you’ve used the body, but short enough to allow you to observe closely, photograph, talk with folks, eat a funky little pounded rice snack on the banks of a river. It’s a compassionate distance.

The idea of a single ri is old, simple, and human scale. Ri, our newsletter, is meant to be an antipode to a good chunk of social media in general, but Instagram in particular. As Instagram becomes more complicated — operating at the scale of some unknowable galactic organism — I find myself wanting another way to share images, on a reduced scale. And yadda yadda yadda, please subscribe to the new newsletter.

I like the concept, but it just didn’t quite hold for the newsletter as a whole. Which aims to be a tool for “looking closely.” Look close, then: huh, be delighted, amused, confused, shocked — ideally, a little more curious.

Closeness, human scale, media with edges, something about trying to ratchet up our own compassion for the dumb details of the world. Two hundred years ago we marked the road with beautiful mounds of earth pierced by majestic trees. Today, we got sandbags, lost shoes, farmers covered in blood, cafes with views of the waterfall. And sometimes, yes, one of those original ri.

Repetition On the Long Walk