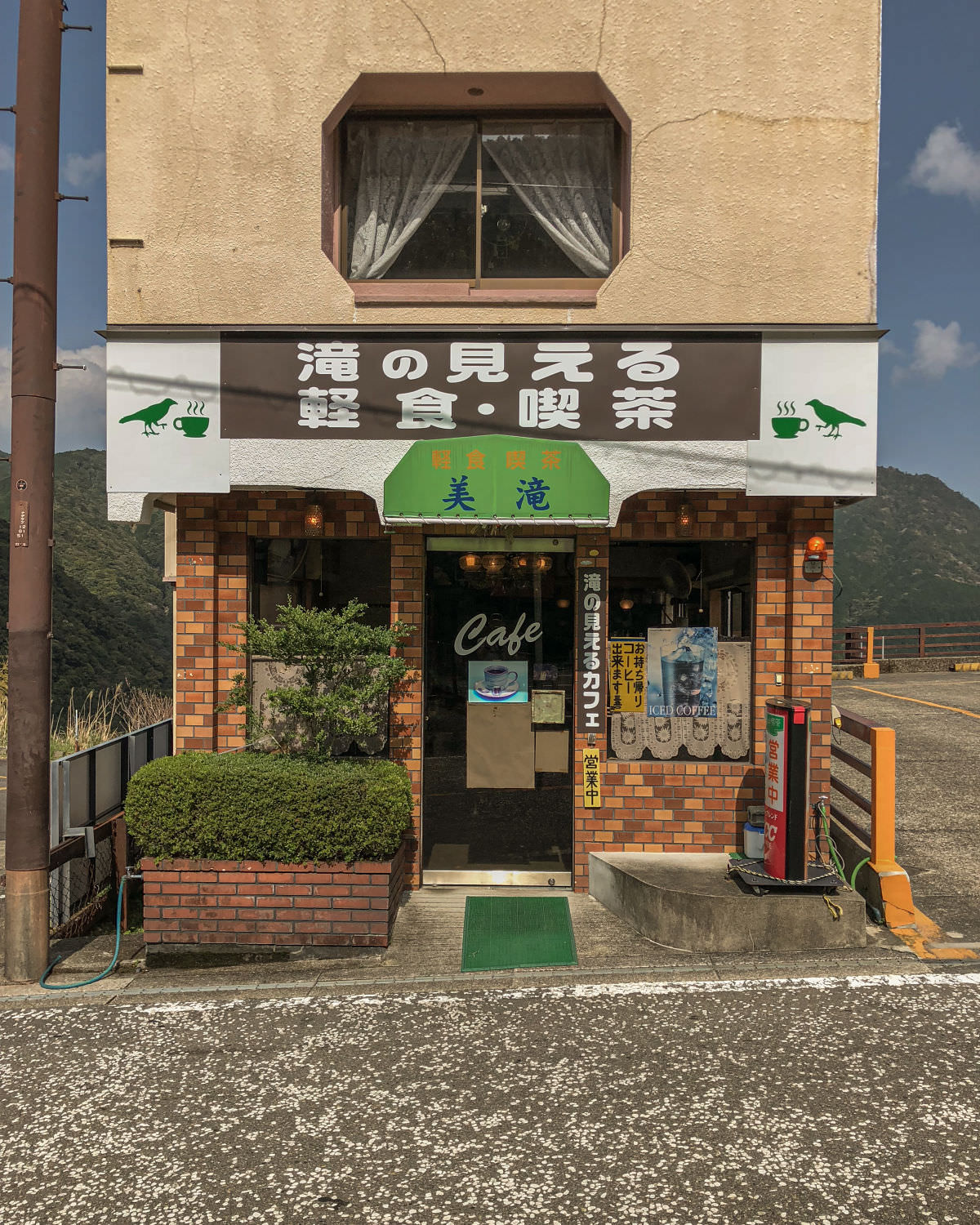 Huh, A Cafe with a View of the Waterfall

A weekly photograph from Craig Mod

Season one of our oddly named newsletter, huh, A Cafe With a View of the Waterfall starts on March 3, 2021. It runs for twenty weeks. One photo a week. That's it! No discursive theses on the philosophy of photography, no bonkers verbosity. Just a picture. Twenty weeks pass, then it's done, and we can think about season two. (Or pretend this never happened.)

And, well, OK — no theses, but we will do something a bit wacky: We're going to flip the classic image-first, description-second flow. What you'll get in your inbox is a link in the form of a sentence, the so-called "alt-text" of the image. I will briefly describe the image (a sentence!). You can then choose to click through, or not.

The goals for this project are entirely selfish — huh is meant to be a forcing function for me to look back through my voluminous collection of photographs, begin to collate, arrange, and give these images a high-quality online home. And by writing out the alt text as clearly as possible, the hope is to get me to look more closely, to "see" the image again for the first time, and, one hopes in turn, to help you see more clearly as well.

Because: Looking closely and deliberately is more difficult than it sounds. It's a deceptive skill, but one that accrues huge dividends in small quantities. The closer you look, the more details you notice, and with each detail, a little: huh.

I’d say that that huh is the foundational block of curiosity. To get good at the huh is to get good at both paying attention and nurturing compassion; if you don't notice, you can't give a shit. But the huh is only half the equation. You gotta go huh, alright — the "alright,” the followup, the openness to what comes next is where the cascade lives. It’s the sometimes-sardonic, sometimes-optimistic engine driving the next huh and so on and so forth.

In our case we're pushing the first domino in our cascade of looking closely with, huh, A Cafe With a View of the Waterfall. We scribble that down in our notebook.

Alright, what comes next?

As Instagram becomes more complicated — operating at the scale of some unknowable galactic organism — I find myself wanting for another way to share photographs. Instagram, a space shuttle cockpit; huh, a little dot in your inbox. Email is a miracle — boring and dumb and universally accessible — just waiting to be used.

Photos sent via huh will be archived here in high-resolution. You can zoom, you can poke around. The desire is for pressed noses against the world, for looking ever closer.

I'm using a mix of Javascript tools to power the image component of huh: mainly Photoswipe Simplify and Photoswipe — self-contained libraries (meaning, no jQuery or the like dependencies). The combo produces a (somewhat) easy to use image gallery that loads fast, and best of all allows for super responsive and smooth touch / mouse based zooming / interaction with images. I think the results look and feel great on desktop and mobile (tap the image above to test). Crazily: I think they look and feel better than most other platform out there. (This is one of those rare instances where building your own tool gets better results than a hundred-billion-dollar company.)

I started using Photoswipe last year when building the Ise-ji subsite over on walkkumano.com. Checkitout.

Two years ago I launched Ridgeline with a similar ethos of independence: I wanted to break free of over-reliance on social networks for distributing my work. Ridgeline is now its own unique beast, word-first, photo-second. So huh is meant to remedy that — just a pic (with a sentence), that's all.

As I was conjuring up the shape of this thing it struck me as slightly insane that more photographers don't do this — mail out a single photo once a week. Ideally we’d subscribe to a cadre of our favorites. Maybe they'd all arrive on Wednesday and Wednesday would be this visual inbox party. No comments, no likes, no stream of other images to compete against, no Reels to be sucked into, no algorithmic curveballs. Just a few compelling images, from the four or five photographers whose work we adore. Things to be enjoyed as units unto themselves in ways that are difficult to do in the din of social streams. And best of all — if we want to say something nice, we just have to hit reply. No public-space posturing.

So, come join me? huh, The Cafe With a View of the Waterfall begins on Wednesday, March 3rd.