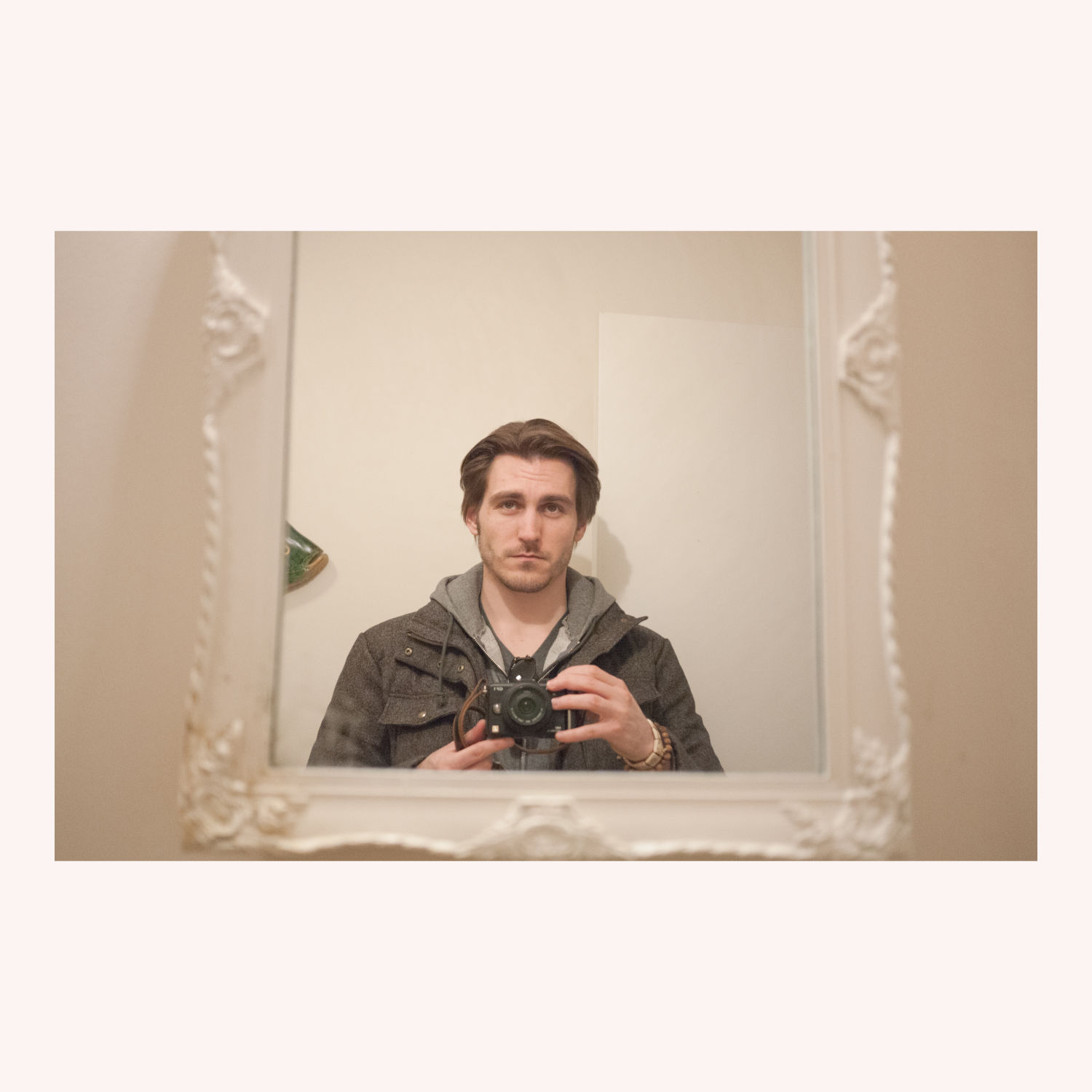 A Late Night Walk in a Small Southern Town

I just realized today marks the tenth anniversary of the death of my dad. My parents divorced early, I saw him little, and he ended up moving a dozen states away when I was a teenager, so we didn’t have much of what anyone would call a “relationship.” And me being adopted, we shared no blood. But he was dead, and needed burying, and everyone else in his family was also dead or run off. So I ended up being called upon to do this burying. In the midst of preparations I took a little walk.

Snow fell. I walked. Snow fell in a way that was hardly noticeable, lightly, and if you didn’t glance up at the glow of the rare streetlamp you’d have never known it to be coming down.

Because, basically, sleep was impossible. I had flopped around in darkness for hours. When the grandfather clock finally struck twice I rubbed my face and took it as a sign to get the hell up and go do anything besides worry about the funeral.

So I pulled my hood over my head, lifted my collar, slung my camera across my chest, set off. Began wandering those nameless-to-me backstreets of a southern town I hardly knew. The quiescence of a certain Americana — curvy roads with ample single-family plots, lots of lawnage, basketball hoops, that sort of stuff. At this hour, not a car on the road.

So I walked the middle of the road. The clouded sky let through no light from the moon or stars and for much of the way my only guide was the wan yellow splotch of a rusted Stanley flashlight I grabbed from the cupboard, batteries soon to be dead.

I turned right and then left onto a street, or what looked like a street. It ended up being a driveway for an abandoned inn. Wandered its grounds. Guest cottages dotted the landscape between once well-tended gardens. It one-hundred percent felt like I shouldn’t be there. Certainly not at two a.m. Towards the back of the lot there was a single-room log cabin that looked as if it hadn’t been used in decades. I leaned against a tree, steadied my body to take a photo. Snow accumulated on the lens as I kept the shutter open. The cabin’s tarred roof was on the verge of collapse and the instant the shutter closed a lamp lit up in the window. The moment had that uncanny synchronicity that registers as slightly annoying — as in: really? — and I took off all lightfooted through the fresh powder furrowing my brow and laughing to myself in the way you do when you just about touch a ghost.

The streets would have been unfamiliar by day but by night they were downright intimate. I felt like I knew them all. The darkness allowed me to map pieces of another life onto the shadow landscape, and as I walked I saw childhood maples and pines once climbed with a boy named Bryan and a white wood-shingled garage transplanted from my best friend’s house and glass windowpanes, refracting oddly in their oldness, that reminded me of trips to an East Coast beach with muddy water and seaweed and jellyfish. The night world of this town was filled with an abundance of triggers that ricocheted me back and forth between a life long gone and the many lives being lived out before me.

I wandered for an hour on my somnambulant jaunt, sneakers padding along through the light snow, thought more than once about how I might be shot — me hooded, an alien body — by some goodoleboy peeking out the window, shotgun in hand, perhaps saved only by the color of my skin. The roads twisted and my flashlight bobbed like that of a burglar about the siding of passing homes and I lost track of where I had been or in what direction anything was. So it was a great surprise to pop out onto the far end of a deserted but bright as heck Trade Street.

From total darkness to a flood-lit movie set. Like a Truman Show mistake. Like, damn, turn a corner in the night and you might find this?

Let me explain: Trade Street was the old main street, a storybook main street of just this kind of American town. Only a few hundred meters long. A sequence of two-story rectangular buildings made of brick along one side: Hardware store, greeting card store, ice cream store, bible store, you get the idea. On the other side, running parallel with Trade, sat the old railroad tracks, elevated just a little bit. And the road was lined along both sides with trees and those trees were covered in a tangle of Christmas lights that some years ago the mayor had decided to leave up year-round. So when a dope like me — all bleary eyed and mildly deranged with the prospect of funeral provisions — would head out for a middle-of-the-night stroll he’d turn a corner with a sigh only to be slapped in the eyeballs with the warm heart of small-town perfection.

Because light wasn’t just flowing from the street lamps and the lambent celestiality of the Christmas lights, no — there was light from the shop displays also spilling onto the sidewalk, and the century-old movie theater marquee was twinkling like a premier was to begin in ten minutes. And the snow — that snow! — falling, heavier now, dusting the road, the striped awnings, picking up more of the light, amplifying the light, the whole thing was like a goddamned Thomas Kinkade painting. In a moment of solipsism, it felt as if the scene had been set just for me, just for this very moment.

And, wow, was the entirety of that world ever still still still. That special stillness of deep winter, the kind that feels like death or held-breath. No shuffling feet, no rubber of car tires atop asphalt in the distance, no yelping animals. Just the softness of fat falling snowflakes. It was unthinkable to believe anything anywhere in the world might be stirring.

So I did precisely what I suspect the architects of this moment had not intended: I didn’t photograph it. Didn’t pull my camera up to my face. I just stood there, and then very slowly walked forward breaking the virgin snow. And tried my hardest to look — really look — at it all — the shape of the old iron lamps, the painstaking brickwork, the handsome bibles on display, the sharp grade of the tracks — to partake in the scene, to be part of this place for just a moment, and to take this other-worldliness and mix it with my sadness and loneliness into a kind of pathos slurry I could carry forward over the coming days.

In the end I didn’t sleep that night, and those days to follow were as surreal as could be: I shot pistols with a priest and sold a rifle to a lawyer for a small roll of hundred dollar bills and, eventually, in the end, put a father in the ground.