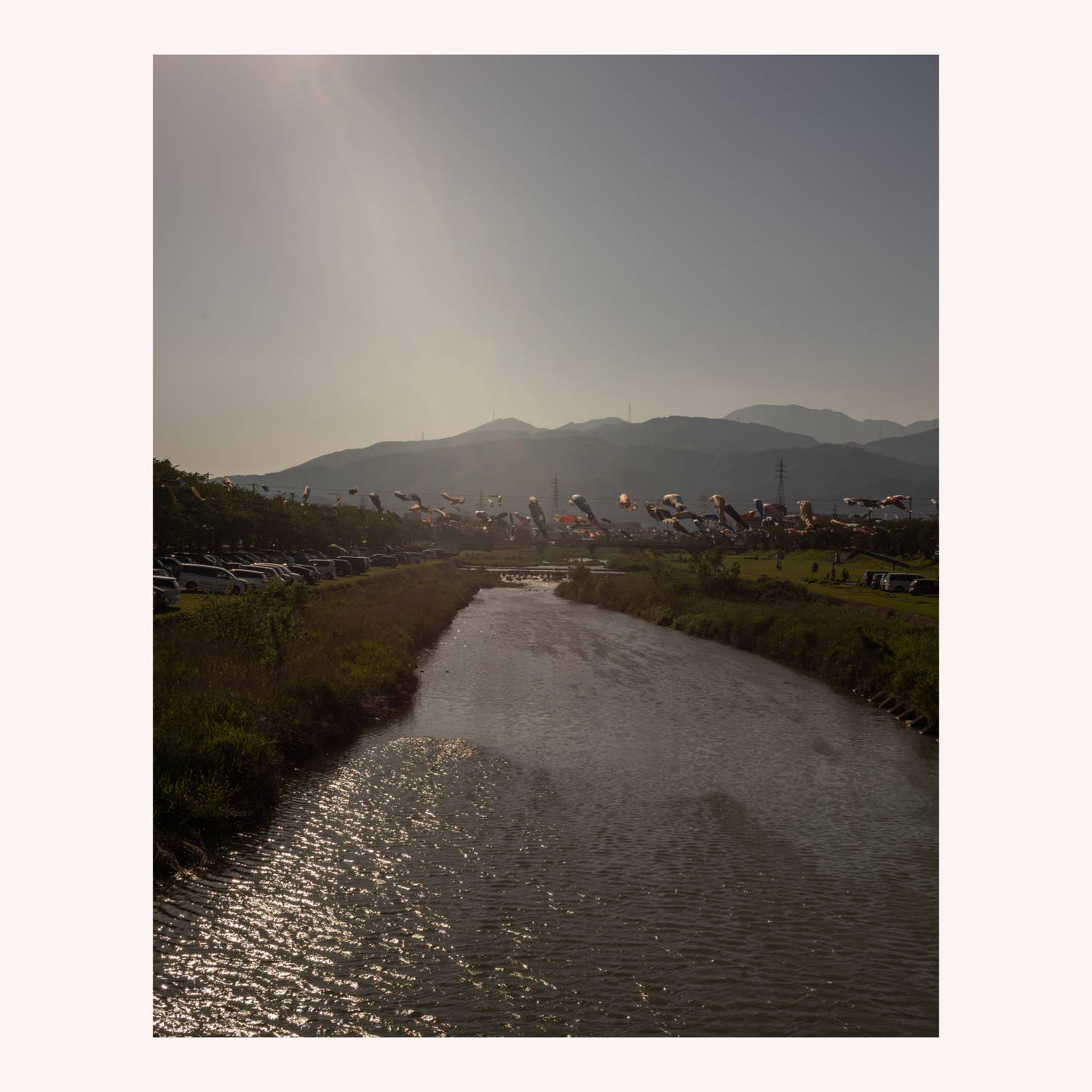 Typically on May 5th I’m walking. I don’t make it a point to be doing so, it’s just a nice time to be out and about, so I often am. And it’s also an easy day to remember in Japan — kodomo no hi or Kids Day. The colorful koinobori are flying, climbing. Last year and the year before and the year before that and even the year before that, on May 5th I was somewhere out in the countryside of Japan, pack on my back, blue skies, with those flopping carp hoisted up above the homes and rivers waving in the wind.

Last year, actually, I was walking to Sekigahara on this very day, through the dusty plains of Gifu. I had a headwind the whole afternoon. I remember it well. I cursed the wind until I was tired of cursing and then just let myself lean into it — literally, I walked most of the day at a 30 degree angle. To be overly literary: The plains felt without any human thought or memory. Like the rice had simply arranged itself. Relentless wind makes you think insane thoughts. I didn’t see any other humans. The route had almost nothing but the fields — no restaurants or places to stop aside from some sad wayward convenience stores. I made the mistake of eating the wrong convenience store thing, realizing I had done so twenty minutes later, and coming within seconds of fertilizing some unsuspecting farmer’s patty. Instead I saw yet another convenience store off in the distance, sprinted, and then realized I had also found the saddest toilet in all of Japan.

It’s bizarre what the mind remembers and the clarity with which it keeps the most inconsequential of details. I remember the specific pattern of rocks on the bank of a small river along that sprint. I remember the metal door knob of that toilet, the sunglasses one of the shoppers had on. That day I was listening to Dan Carlin’s Hardcore History episodes on Japan — eight hours or so of intense historical distillation. It was one of the rare moments of media consumption I allowed myself on the walk. I figured, since Sekigahara was such a seminal piece of historical geography, there was an argument to be made for listening to the podcast as I slid into town.

But as I emerged from the plains into the small villages on the outskirts of Sekigahara, the vibe changed entirely. I turned the podcast off. I crossed a river with the sun low and pale in the sky and some huge koi flapping on their wire off in the distance. On the other side of the river was a festival for the kids, big golden portable shrines of complicated geometries heaved up on the shoulders of men in loin cloths, and after the paucity of life in the plains, and the grey dustiness of it all, I almost started crying at the richness of the celebrations — the color, the shouts, the music, the smiles and dense sense of community. If Japan was undergoing depopulation, this town was attempting to pick up the slack. Kids ran around my feet and through the stalls. I weaved through them all as a chalky interloper, snapping photos, yelling hellos. I celebrated in my own way with my go-to festival treat: a banana dipped in chocolate on a stick.

Sekigahara arrived as things do when you continue to put one foot in front of the other and just inside the border of town I chatted with an old man working his garden. A few hundred years earlier his plot of land was covered in blood and bodies. Now it sprouted tulips and moss. I then ate the best soba meal of the entire trip — freshly milled and cut buckwheat noodles with cold dipping sauce and a side of vegetable tempura of absolute lightness. The couple sitting next to me and I cooed together in culinary ecstasy. Damn they were good noodles. They were music producers of some sort and young and hip and we became friends on Facebook and made all the dumb plans you make when you make a new spontaneous friend and never follow up.

Finally, my run-down inn for the night:

The tatami were covered in cigarette burns and the room smelled entirely of an ashtray. Sitting in it was like sitting in a sauna of burning tobacco. The stink fully permeated anything that touched the air. I opened the windows facing the love hotel to no discernible effect. The area around my private toilet was dark and swampy and moldy, forever soaked with water from a leaky pipe. I happily peed in the rusted sink. In the morning the proprietress offered me some miso soup. Just miso soup. But I was in such a jag to get out of there I turned her down. Wait! She yelled and ran into the kitchen. I think she felt badly about the room, but also about having given up on the place. It was done, like many of the inns I stayed at. She was old, her partner was dead, and the place was falling apart. She returned with a sports drink and a souvenir bottle opener. We bowed and said goodbye. She was wonderful.

Today I’ll do a walk in the mountains behind my house but I doubt it will have the adventure of last May 5th. In the moment all that wind and sad chain-run convenience store stuff drags a mind down if you let it. But even as I sprinted for the toilet I was laughing, and the wind was cursed with a smile. And I wonder if that woman is still running the broken down inn up on the hill, above the golf course, next to the forlorn love hotel. I’ll never stay there again, but I’m glad I did once. 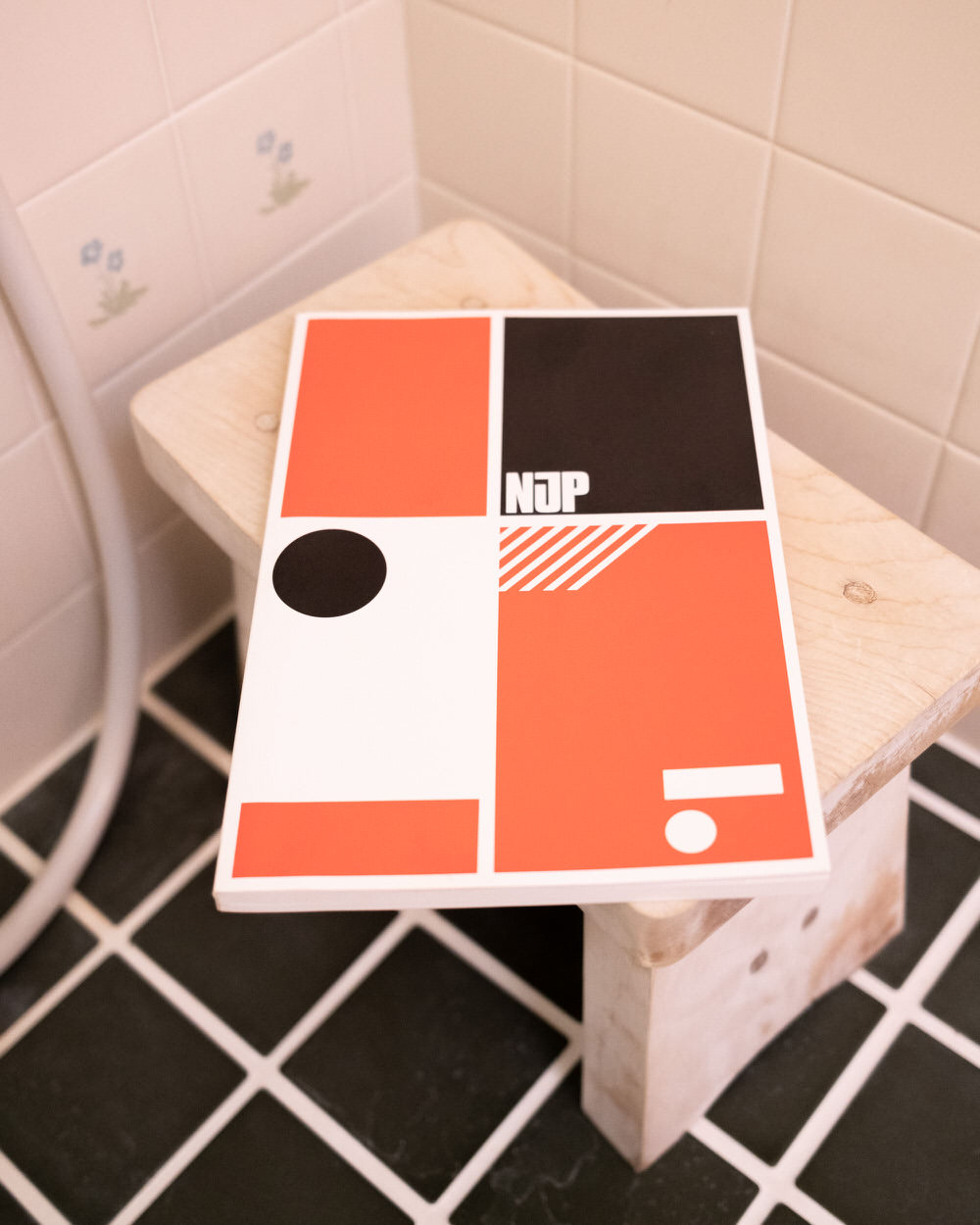 “I wasn’t always a walker (though I grew up in a family that loved hiking and even backpacking). I got to running first, in fact. But I picked up the habit during my years in seminary: looooong days of reading and writing for school and programming for work, needing to somehow keep my brain moving—and finding that getting my body moving did the trick better than anything else. 25 minutes of work, 5 minutes of walk. Repeat. Circumlocute the little mall where the coffee shop is a few dozen times. Walk a few miles in a day. Body loose, mind still working, even 12 hours along. And it stuck—so you’ll still find me, even on a cold Colorado winter morning, bundling up and stepping out of the house and walking halfway down our street and back.”

“Strolling around our home Bavaria with my then not-yet girlfriend, innocently imitating what tourists do. Those long walks back to my place from all those restaurants in Singapore with an exceptional friend. The aimless and lonely wandering around Japanese suburbs after having left a lot behind. Walking still feels too much a part of my obsessive exercise regimen, but I think it’s becoming something else the older I get. It’s like I’m chasing thoughts and impressions and I’ll continue walking to capture as many of them as I can. Who knows, maybe someday they’ll end up looking for me.”