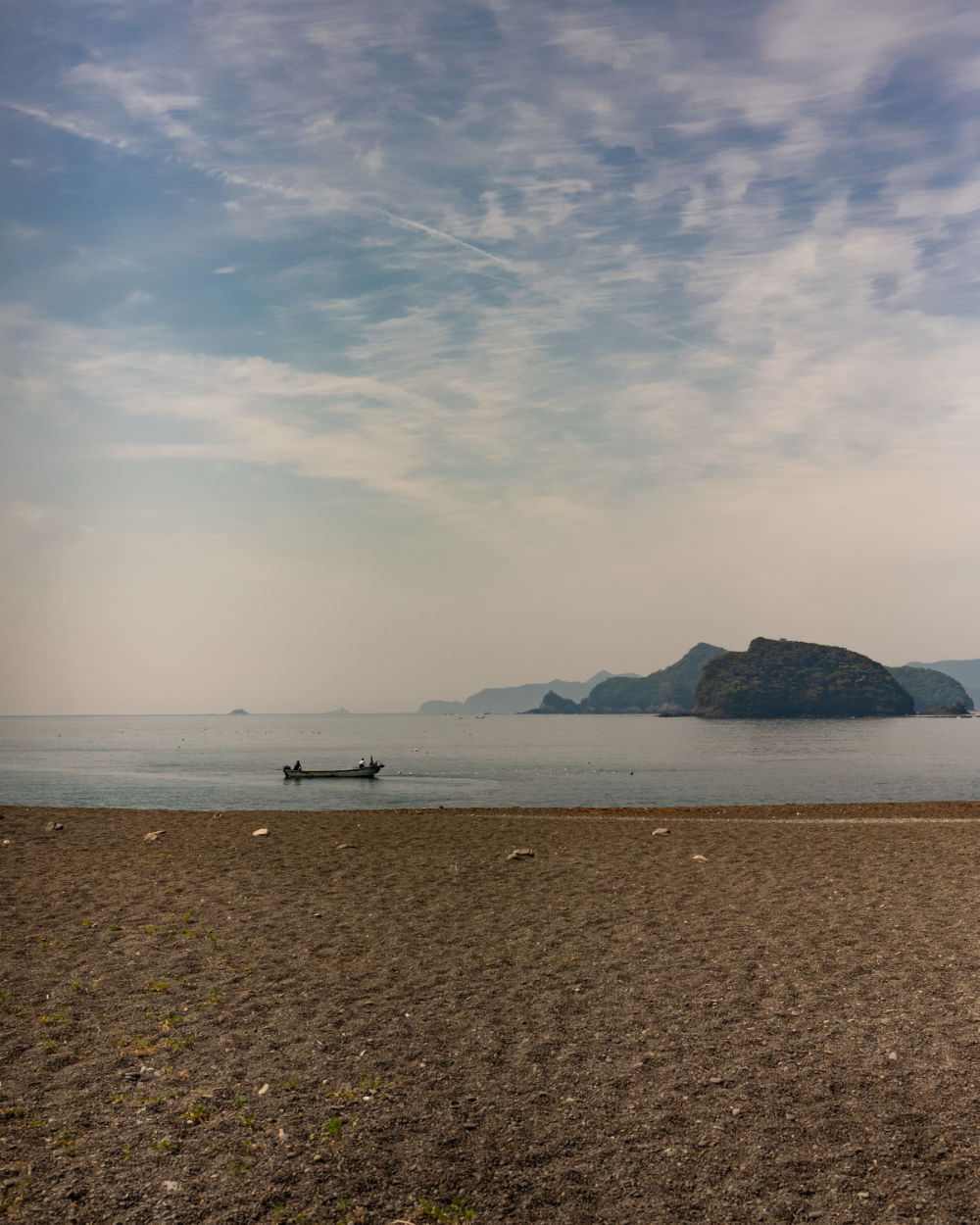 Second to last photograph of the season, season one of Huh, this strangely named newsletter; this image, nine a.m. on a weekday morning near Furusato Onsen along the Ise-ji, rough beach of brown shells and pebbles, some worn smooth, others jagged, in the water: a single fishing boat, outboard motor affixed to transom, two men, big light, fishing gear, perhaps returning from morning job; not seen in photo, two other men in parking lot behind me, saw me come down from the mountain and started yelling, This your rope?! This your damn rope?! they yelled with unexpected violence, and I yelled back, No it ain’t my damn rope! Jesus! Why would that be my rope?! And they yelled, OK! That’s what we thought! and it was only later I realized maybe they were stealing the rope, and I caught them in the act, but these men in the photo — no stealing, just fishing — and in the backdrop small costal islands, the peninsula wrapping further down south, coast to be walked later, pale grey horizon, blue skies of early summer.

Not subscribed to huh, A Cafe with a View of the Waterfall?

This photograph is from the huh newsletter, mailed out July, 2021. Thoughts? Email me@craigmod.com.