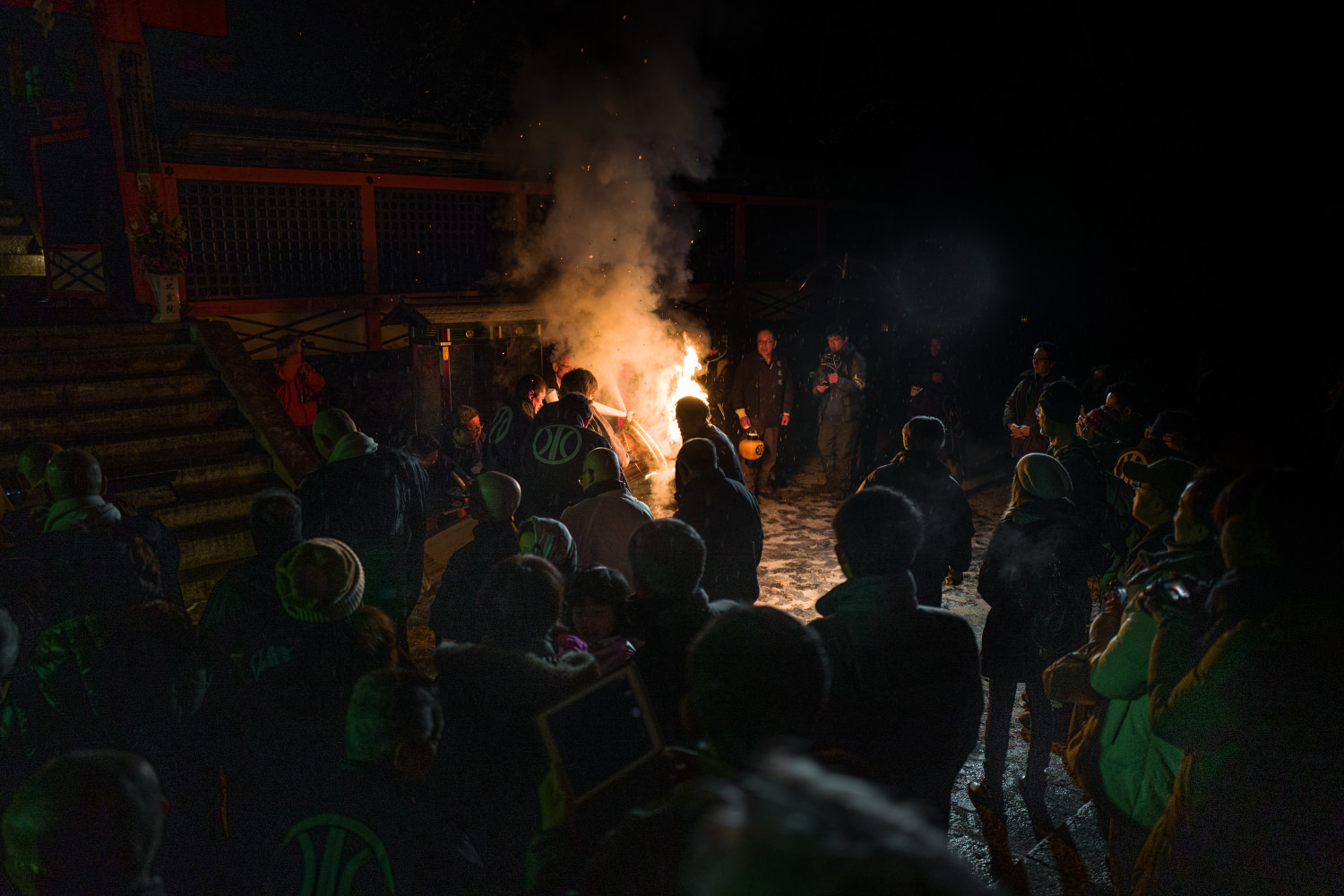 Kōyasan, New Year’s Eve, fire in the night, huge torch carried by several men in indigo robes, circle forms on backs (same forms on lamps), unlit paths, dangerous (a ceremony you won’t find in the US), a few dozen spectators tripping alongside, falling into small ditches, all of us supernumerary to the glow, no light save the barely-controlled burning held by men, syncretic ceremony — Buddhists and Shinto alike — look closely: hint of torii in upper-left frame, behind me, unseen, Hōjuin temple (I think; so many up here), cameramen, sparks in air, snow on ground, snow still falling had been falling all night, mostly men, zooming in: men look on with suspicion at the great burning thing, man with glasses fire-lit face, anagogic men with bowed heads, Rembrant colors, do any of us understand? all we know is: atavism, strange fire, big fire, soporific, shuffling through the darkness, energy carried through a snowy night as some imagined western calendar clicks forward to January one.

Not subscribed to huh, A Cafe with a View of the Waterfall?

This photograph is from the huh newsletter, mailed out June, 2021. Thoughts? Email me@craigmod.com.