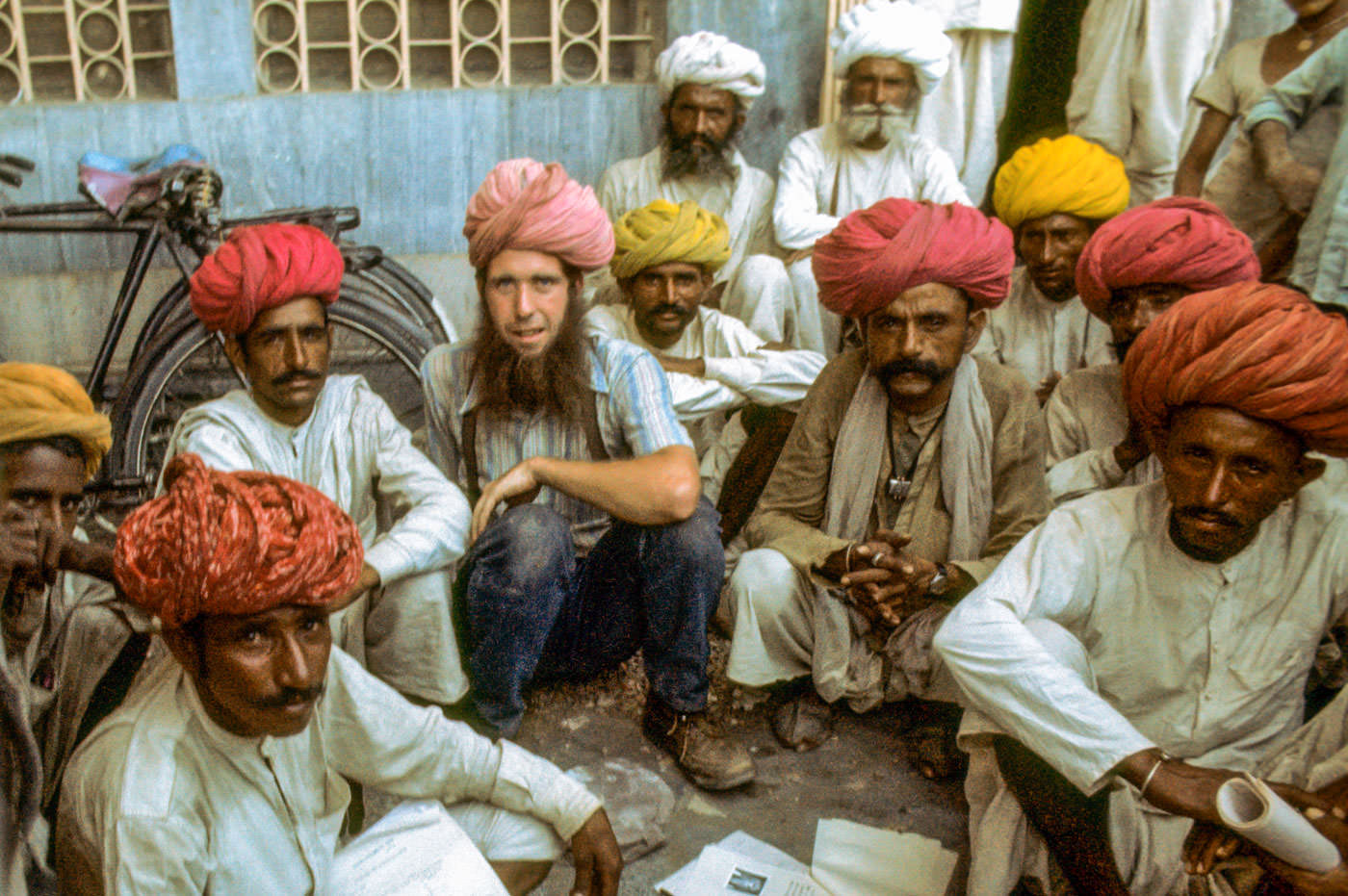 Kevin Kelly and the Golden Age of World Travel

In the latest episode of On Margins (iTunes, Google Play), Kevin Kelly and I discuss photography and traveling around Asia in the 1970s with just a Nikkormat and a bag filled with Kodachrome. In 2002, he turned his tens of thousands of images from those travels into the Taschen published book, Asia Grace (Amazon link).

Kevin is most commonly known for his books and essays on technology, for being a founding member of Wired Magazine, and for being part of the Whole Earth Catalog with Stewart Brand. But I know Kevin mostly as a guy who likes walking.

Together, Kevin and I have walked along parts of the old Nakasendo, the 88 Temples of Shikoku, and the Kumano Kodo ancient pilgrimage route. During our perambulations I’ve heard many-a-tale of Kevin’s adventures, but after the walks, the stories I keep returning to again and again are those of Kevin traipsing around Asia in his youth.1

I thought it would be fun to record a bit of that era:

… that general time in my life was an incredibly special, exceptional, never-to-be-repeated event in the history of this planet. From the end of the ‘60s and maybe until the ‘80s, through large parts of the world, somebody with very little money like myself could go places that had not changed since the medieval era. Previous to that time, if you wanted to mount an expedition to go into Tibet or into Afghanistan, you needed to have some means. You needed to be someone with money and connection.

What places, countries, or locales today are still … “untouched,” as it were? I was in Tibet a mere ten years ago and it felt tremendously raw once you left Lhasa. It was hard to imagine how it could have been more “authentic” had I arrived fifty years earlier.

Part of why I spend so much time walking the mountains of Japan is that they, too, feel not necessarily untouched, but rather properly used, not just touristed, not just ticked off a checklist. The paths are hundreds — if not thousands — of years old, the markers and stone gods along which are often original, hundreds of years old themselves. And on routes like the Kumano Kodo, despite its world heritage designation, you can walk for days and not see another hiker.

During his travels, Kevin shot a lot — 40,000 photos in total — despite the costs and arduous nature of film:

I was taking two rolls, which is 70 pictures a day, and when I told people that, they were absolutely gobsmacked, astounded, incredulous. They didn’t understand how you could take 70 pictures a day. It just seemed crazy because, as I said, they were taking maybe a couple dozen a year, so this is a completely different mindset than today’s world with ubiquitous camera phones and people take 70 pictures a day without blinking. I was doing photography at a time, we were just at the beginning of that moment in our culture before everybody had a camera, when it still required a lot of kind of technical skill, a little bit of money.

The very process of “doing photography” has changed dramatically in the past few decades. (And most dramatically in the past decade alone.) Feedback loops, for example, are far tighter today than they were in the 70s. Because of the high cost of development and lack of ubiquitous photo processing shops, results weren’t necessarily immediately visible, and you just had to assume, to a degree, that your camera was functioning properly and your exposures were correct.

Kevin couldn’t afford to develop his film as he travelled so he stuck it in his mom’s freezer:

I read that if you froze it, it would last, and so it would stick in the freezer until I would come home and then get a job — the job was to make money to get it processed. Each time I got paid, I’d send another batch to Rochester. Here’s the thing: I’m getting to look at these images years after I took them, which is a really, really bad way to learn. I mean, it’s a terrible feedback loop because I’m shooting blind, basically. I don’t have any idea if my exposures are correct. I’m hoping that my focus is correct. You have to really pre-visualize, which was the term that photographer Ansel Adams talked about. You had to learn to pre-visualize what that was going to look like before you took it.

We discuss the beauty of bearing witness to vanishing culture and the purpose of photography:

… a lot of what I’m photographing captures that beauty of creating with elemental materials — and yet, these cultured produce a huge variety and a gracefulness with these very, very primitive things. How much can you do with the simplest materials: Wood, fiber, ground stone? You can make amazing things with this small amount, and part of what I’m photographing is the very rich cultures that were built around the most elementary little things as tools.

And talk about the obsessive nature of working on his new book Vanishing Asia, a follow up to Asia Grace:

Catch the episode (or read the full transcript) over here or listen on iTunes or Google Play. And if you like it, please consider rating it on iTunes.

(And for those peeking way down here, here’s a bonus Kevin essay on travel: More time is better than more money.)

Getting the iPad to Pro

The new iPad Pro is a computer from the future, with software from yesterday

Textures Along a Quarantine Path

Things seen on a little walk

The Rigor of Process

On how walking can reveal the story of place

So boring! Such wonderful!