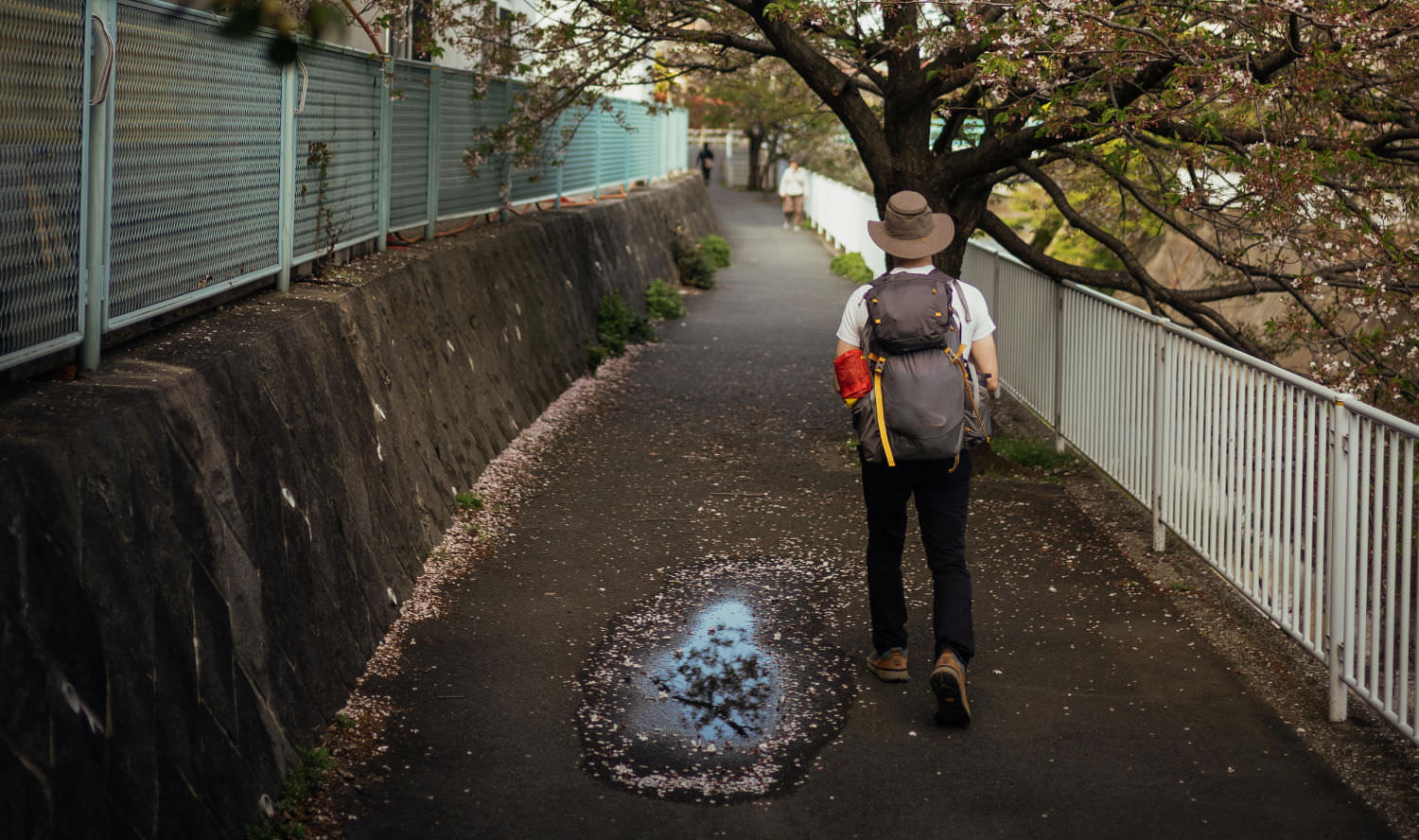 Walk for the Boredom of it All

Back in January I was interviewed by Oscar Boyd for the The Japan Times’ “Deep Dive” podcast. Transcript and audio are up here.

Oh, it’s critical. Boredom is everything, man. I think our loss of boredom in contemporary society is one of the greatest, weirdest, ambient losses. It is one of these things that’s hard to quantify the value of. And we’ve lost it so completely and totally that we very rarely have moments to even re-experience it, unless you do so intentionally. And so for me, yeah the boredom of these walks is, I would say, 50% of the value of it. It’s forcing yourself into a place where you’re not teleporting mentally.

Of course I’ve written about boredom ad nauseam. At greatest length in my WIRED piece from my first Nakasendō mega-jaunt. But I think it’s worth bringing up again and again — boredom is that valuable. It’s a proxy for sitting with your thoughts, with working through problems, with coming up with novel ideas. I haven’t slept with a phone near my bed in over a decade. I don’t say that sanctimoniously, it’s just a fact — I don’t let anything internet-connected into bed with me. I feel no desire to do so. It’s hardly even a “decision” at this point. I also don’t fill my bed with spiders before getting into it. And so: My favorite part of “coming online” in the morning — that is, feeling the chemicals work their way back into my brain after the fog of a night of sleep — is lying in bed, “bored,” no phone to grasp like some pacifier, thinking through the first steps of the day. It’s often in this supine state that I figure out what essay or part of my next book to attack before going properly online after lunch. I love this stupid, groggy, morning whitespace. And walks can deliver that space in spades if properly designed.

And then on the perfect length of a day of walking:

Yeah, 30, 40 kilometers, crazy, really too long, too long, too long. I think the best is like 15 to 20 kilometers. 15 to 20 lets you go really slowly and lets you dip into anything and have as many conversations as you want along the way. 50 klicks, you can’t stop, you’re just walking from six in the morning until eight at night.

And then the richness and rigor of the days:

For the most part, I run these pop up newsletters on the walks. And so every night I know I’m going to be writing something. So I’m sort of in this mindset of just paying attention: what are interesting details that I can pull forward and write about at the end of the day. And if you’re just alive and looking, there are so many stories every day to be found and to be delighted by and you can pop into barber shops and kissaten and little yoshokuya. You can go in anywhere and say hello to anyone and there’s a story there to be pulled out and to be written about and to be delighted by. That is really the main focus. It’s being present, it’s connecting with the folks along the way. It’s trying to cast really a gentle eye on everything.

And on being as aware as possible not to “other” folks — that is, not to fall into that lazy stance of the classic “reporting on the orient” or “dispatches from a mysterious place,” but instead trying to rise to a level of contending with folks on their terms, with mutual understanding and respect, and with, one hopes, a kind of implicit honesty:

I’m very self aware, both how my mind is reacting to everything, and also how I’m writing about it, not to ever “other” anyone. I want to contend with these people on as natural and organic a level as possible. And I could be in Japan, I could be in North Carolina, I could be in Egypt and I want it to all feel on the same level of contention. Where it’s not, ‘Look at this strange person, look at this strange thing.’ It’s not about that. It’s really about: there’s a humanity and the great gift of walking is you can experience it slowly. I finish these days, and I just feel exhausted to the core, to my bones, physically and mentally. When I turn out the light at night, I am just done. But it’s a doneness that feels so full and so rich and like, ‘Ah, you know, we lived today.’

All that and more in this recent chat. Go have a listen. And thanks to Oscar for reaching out and making this happen.

This essay is from the Ridgeline newsletter, mailed out March, 2022. Thoughts? Email me@craigmod.com.

138
Biking for Sugar and Bread