The Potential of Web Typography:

Firefox 3.5 is out. And the more users download it, the more designers will be able to take advantage of the @font-face CSS rule. How can @font-face be used with currently implemented CSS selectors to create engaging, nuanced and more mature typography? Let's find out.

@font-face — what it is exactly?

B @font-face is a CSS rule implemented in Firefox's latest 3.5 browser release. It allows web designers to reference fonts not installed on end user machines.

(NOTE: John Daggett has written a lovely primer article on @font-face. It serves as a fine reference into the nitty gritty of @font-face implementation and usage.)

Fine typography has always been one of the stumbling points of web design. Limited at most to a handful of cross-platform specific fonts, web designers have often found it necessary to hack their way into typographically nuanced territory. Technologies such as sIFR and Cufon utilize Flash and Javascript techniques to achieve typographic variety, but often at the expense of clumsy technological implementation. @font-face brings with it the hope of a standard, cross-platform, cross-browser, lightweight method for referencing font-files not found on end users' computer. In other words: it allows web designers to store fonts on their server and reference them in CSS, regardless of what fonts the user browsing the page has installed.

Trying to bring taste and skill into a branch of artistic endeavor which had sunk to the lowest possible depths.

Here's a list of universally available, fundamental CSS properties upon which great typography can be constructed:

This demo page uses these CSS properties in combination with smart @font-face choices to create a nuanced layout. Some combinations and tricks we find particularly useful include:

By mixing a well-considered selection of fonts with the above CSS properties and thoughtful semantic markup, you can achieve beautiful, nuanced results.

Most of all it's about taste and restraint. Great typography is built on choosing the right family of typefaces for the job.

A Here are some typographic controls we'd love to see implemented in the CSS specifications:

It just so happens that the implementation of some of the above advanced font CSS features and more are presently being discussed on the W3C mailing list.

Where are the fonts?

C The main issue foundries have with @font-face is that it exposes the files containing the font data for anyone to download. There’s no digital rights management currently associated with the way @font-face works. Foundries currently only have two options: to blindly trust that professionals will pay for their fonts even if they are openly accessible. Or to wait for some DRM solution to shield the font files from restricted access.

Web designers are clamoring for an elegant solution they can begin to implement that doesn’t break EULAs. We see this as a tremendous opportunity for small foundries that have the guts and foresight to take a chance — dare to trust professional users and change their EULAs. If foundries are truly worried about piracy, perhaps glyph-limited web specific editions of some of the faces is a viable, stop-gap solution.

Most recently, Typekit has made waves in the online design industry by announcing a solution to the @font-face piracy problem. You can read more about this on their blog. Judging by the sheer number of comments, the foundries that move into this market early stand to profit greatly.

Piracy will always be a problem but foundries that provide a simple, easy path to legal font usage will have a big competitive advantage.

E Until now we've lacked access to an elegant, widely implemented technical solution for referencing font files in CSS. We urge designers, agencies, foundries, distributors and misfits alike to review the possibilities that @font-face offers. Exciting things are afoot in the online typography world — we're on the cusp of a convergence between the nuance of print typography and the dynamic nature of the web. A universal, strong implementation of the @font-face rule has opened the floodgates for foundries to find ways to embrace this emerging market. We may still be stuck with Verdana and Georgia for the meantime, but hopefully not much longer.

Got something to add? Join in on the @font-face discussion over at mozilla.org. 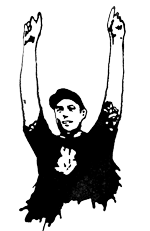 http://ianlynam.com
Ian Lynam is a graphic designer and writer living in Tokyo. He runs a multidisciplinary design studio that focuses on pan-cultural identity design, motion graphics, and editorial design. He is a graduate of Portland State University (B.S. Graphic Design) and California Institute of the Arts (M.F.A. Graphic Design). His most recent book is Parallel Strokes, an inquiry into the crossroads of graffiti and type design. He is adjunct Graphic Design faculty at Temple University Japan. 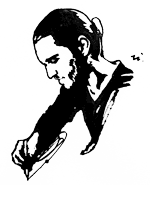 https://craigmod.com
Craig Mod is a Tokyo based print and online designer/developer. He is coauthor and designer of the acclaimed Art Space Tokyo, a one of its kind guide to Tokyo through its contemporary art spaces. He is also a cofounder of Hitotoki, a website creating literary experience maps imbuing otherwise anonymous cityspaces with individual experiences. He was awarded a Fabrica Fellowship in 2005 and served as a judge for the 85th ADC awards.

About the type used on this page

http://underware.nl
All of the type on this page was kindly licensed by Underware for specific use in this @font-face demo, as commissioned by the Mozilla foundation. With Underware's approval, we created glyph-limited editions of some of their typefaces for this one time use only. This page is intended to show what will be possible once foundries revise their EULAs allowing for high-quality professional level fonts to be referenced in CSS. The fonts on this page are copyright protected. Using these fonts requires purchase of an End User License from Underware at www.underware.nl.

Their work is among the most popular of up-and-coming independent type foundries — happy-go-lucky, high-quality, text-friendly typefaces for both display use and comprehensive typesetting. Underware’s typefaces stand out thanks to unique aesthetics, finished quality, and a considered collective presence. Currently, they work as a “virtual studio” from each of their home offices. The members unite regularly in one of their three base cities to hold a series of type design workshops and work together on their collective projects. Their typeface families are available for extensive viewing, trial, and purchase from their website. Underware’s typeface designs have been honored by the Type Directors’ Club and awarded the TDC’s Certificate of Excellence in Type Design.

In addition to being an excellent, highly readable body face, Auto offers three different italics, each with their own flavor. The italics span from a humanist version to a more expressive and unique hybrid that incorporates elements of stencil lettering and calligraphic elements.

Dolly is a sweetheart — a rugged workhorse family of text fonts for book typesetting. The family's mix of the lighter italic, airy small caps, and dense roman is extremely legible at small point sizes. The final result is a lively interpretation of classical book typefaces.

These assorted fleurons used are pulled directly from a number of Underware typefaces. Using glyphs in lieu of pixel imagery (with the exception of the portraits of the handsome and stylish authors) illustrates the use of embedded vector imagery from fonts.